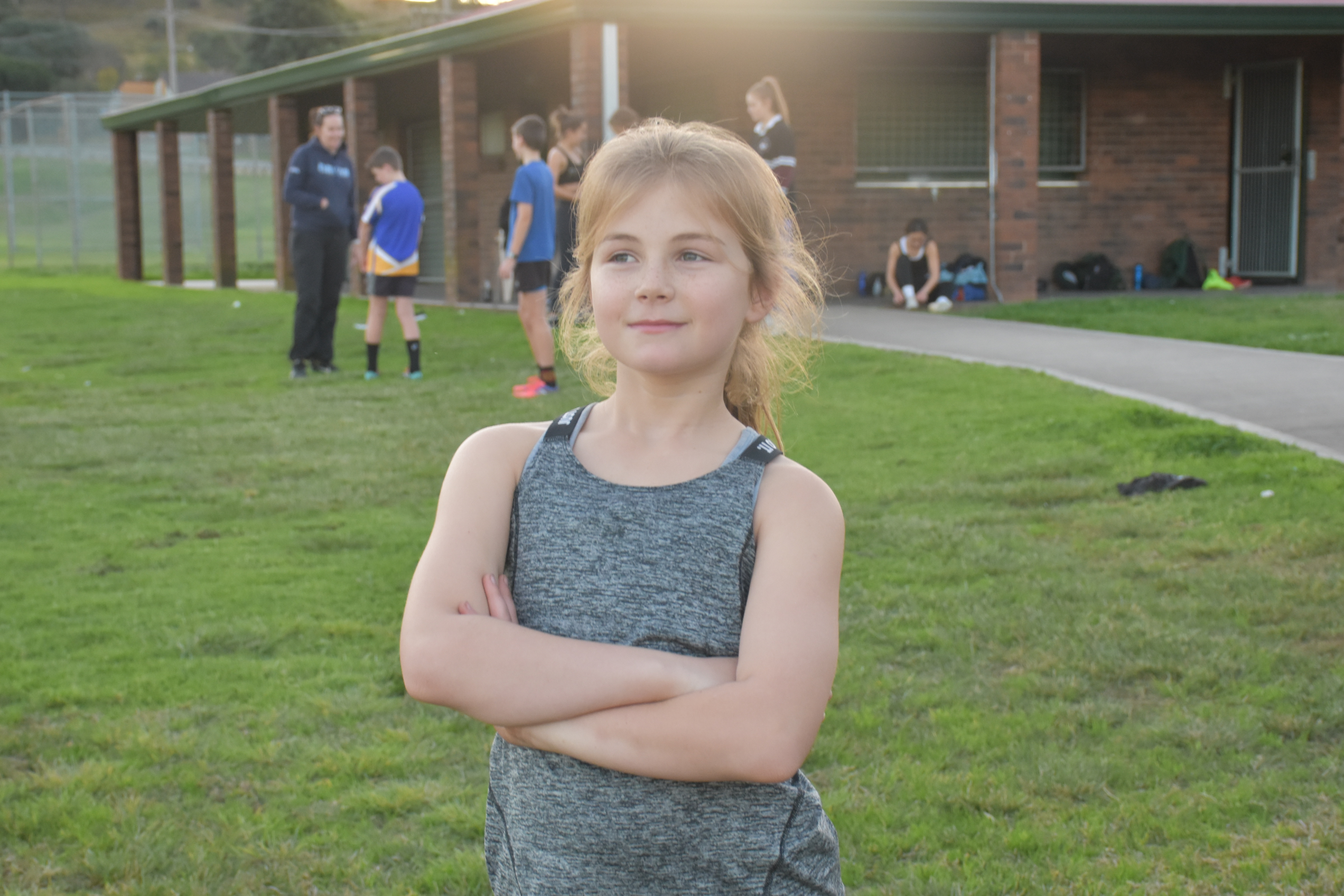 Oatley lights up the track

Muswellbrook junior athlete Bella Oatley has continued to travel down to Singleton to train under coach Hilary Kennedy.

While Bella Oatley remains in the early stages of her junior athletic development the energetic runner has lit up the training track since Covid-19 restrictions have begun to ease.

“She is a fierce and competitive kid,” Kennedy told the Hunter River Times.

“As my daughter Luca says ‘she likes to get it all done’.”

At the tender age nine, the world is Oatley’s oyster and that will be the case for many years to come.

However, you only have to ask the Year 4 Muswellbrook Public School student about her recent time away from group training and she will reflect with a wave of mixed emotions.

“It was horrible that I could not see my friends at training, but it was also good that I was able to spend one on one time with my coach Hilary,” Oatley added.

She then playfully added, “She was able to focus on me and me only which was nice.”

Oatley has spent 18 months (or the second half of her athletic career to date) travelling from Muswellbrook to Singleton to work under the guidance of Kennedy.

It is here she aims to improve on her specialities of long jump, 200m, 100m and hurdles with each session at Alroy Park.

The return to small group training after a two-month hiatus was of great benefit to the young Strider according to her other role model.

“She loves her sports and I’m happy to just drive her as the taxi,” her mother Kharja added.

“When she’s home she’s bouncing off of the walls that’s why we love coming down here because after a night with Hilary she has dinner and then its straight to bed.”

For eight weeks Kennedy was unable to cater for group training in accordance with covid-19 restrictions.

Yet she upped the ante by quadrupling her workload during that period via one on one training sessions with her juniors to keep morale high.

“Returning to training has been positive for everyone,” she continued.

“The kids are so active and having everything stopped so abruptly was hard on them.

“However, this period has given us the opportunity to reset, recharge and reassess goals.”

Kennedy also highlighted the efforts of some of her other pupils.

Seren Hall, who won two gold medals at this year’s regional finals, made some excellent progress in her strength.

Emma Miller-Williams has also trained extremely hard according to her mentor.

“She (Miller-Williams) is planning on entering the RAF and is working on her strength and fitness goals for that,” she revealed.

“She is also doing her HSC at St Philip’s.

“Maddi Zouein, Will and Zach Soden, Emily and Ella Northey also made some sound progress.

“I am impressed with all the kids for making the most out of a difficult situation.

“Jono and Ryan Penton kept fighting fit too so I’m very proud of them all.”

When asked for a final word of advice as we continue the grind back to normality?

“The future looks a little different, but we will get through it all together.”