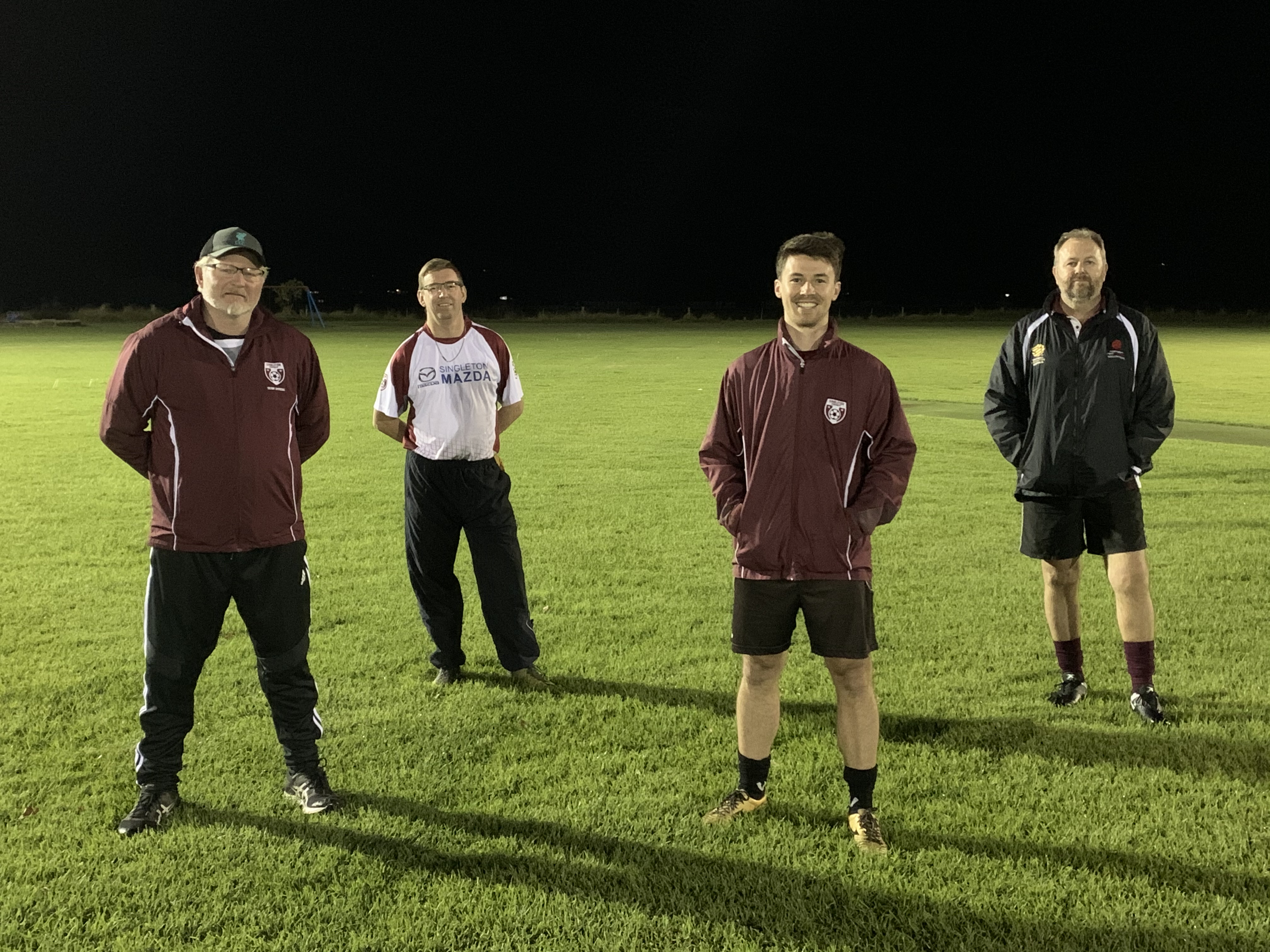 Strikers to return in July

Singleton Strikers Soccer Club legend Warren Gillespie has ticked just about every box possible throughout his long career within his town’s round ball fraternity.

For two decades he has served on the club’s committee while on the field, he has stood tall for the maroon boys throughout his 500-plus appearances as a player.

Therefore, it was only fitting that he would go down in club history as the bearer of joyful news to his playing group earlier this month.

“We’re going ahead,” he declared.

While their neighbouring representatives in the town’s remaining three footy codes awaited their fate for season 2020, the Strikers already resumed training at Civic Park last week.

“We take off on the weekend of July 11-12 and then the league has already got a draft draw up until the semi-finals series scheduled for the end of October,” Gillespie told The Hunter River Times.

“So, we returned back to Civic Park last week and we’re still abiding by all the protocols and so forth.”

While the return to the season has brought a smile to all members of the first grade side, one hoping to end a 28-year premiership drought, crowds will not be able to journey to the games until further Covid-19 restrictions ease.

“With no crowds we are certainly going to lose some money between bar sales, gate takings, canteen, raffles so the club will be hit hard,” Gillespie continued.

“But we are still soldiering on.

“Financially we are ‘okay’ right now but it’s just a shame there will be no crowds at this stage because it is also a good way to showcase your sponsors.”

Howe Park will remain as the home ground for the 2020 Northern League One season.

The iconic Singleton venue has been out of action since October and now features a new irrigation system as well as a picket fence around the boundary.

Gillespie still believes the possibility of a crowd could be on the cards for the side’s opening home fixture.

“We hope by July 1 our social distancing rules will be relaxed,” he stated.

“I think from memory we will not have a home game until the end of July which will give us extra time to potentially get the crowds back in.

“Then there are other factors.

“We have a liquor licence, so we need to start asking ourselves off field questions like ‘if we have 50 people what do we do with the bar’?”

After a handful of successful pre-season fixtures the first grade line-up played off in two fixtures in March prior to the postponement of the season due to covid-19.

The Strikers suffered a 3-1 defeat to Cessnock at Turner Park however there were still plenty of positives.

Three sets of brothers (Jake and Joel Barner, Jackson and Bradley Cox and Hayden and Lachlan Nichols) would make the starting eleven that afternoon.

Joel Barner, who crossed over from NPL club Weston, would find the back of the net on debut.

The line-up would then play off in a scoreless draw with West Wallsend in their final match.

However there was plenty to take out of that match according to the club stalwart.

“That was one of the best matches I have ever seen our first grade team play to be honest,” Gillespie concluded.

“Joel Barner played the house down in the first two games and he’s been a great acquisition for the club.

“He’s only scored the one goal but he’s come close a fair few times in those two games as well.”