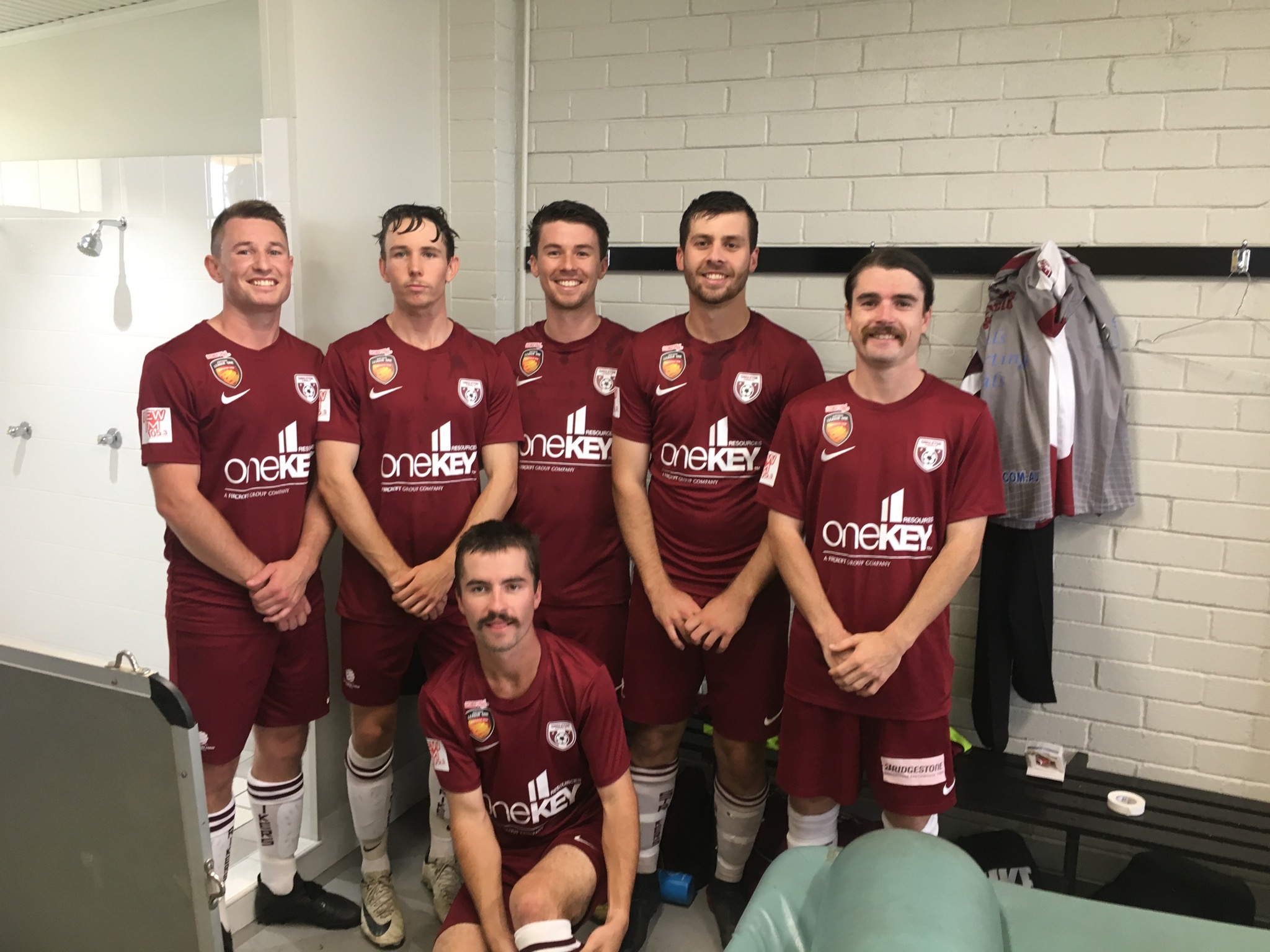 Another chapter will be added to the history of the Singleton Strikers over the coming fortnight when the world game returns to the Upper Hunter.

The club’s upcoming first grade clash against Toronto-Awaba, scheduled for July 11, will mark the first time three sets of brothers feature in its first-grade line-up before a home crowd.

Provided they are selected.

Former NPL pair Jake and Joel Barner, Brad and Jackson Cox as well as leaders Lachlan and Hayden Nicol all featured in the side’s season opener in March.

Though the undermanned Strikers would suffer a 3-1 defeat to archrival Cessnock at Turner Park, Queensland born Jake Barner claims there were still many positives.

“Joel and I have only played a couple games together before so to train and play with him week in week out is great,” Barner reflected on his brother.

“This milestone was very rear and special because I grew up with Hayden and Lachlan and have also known both Jackson and Brad for a long time.

“They all have a lot of heart; they leave everything on the pitch, and I love putting the team shirt on with them.”

Joel Barner remains as the side’s leading scorer for the season.