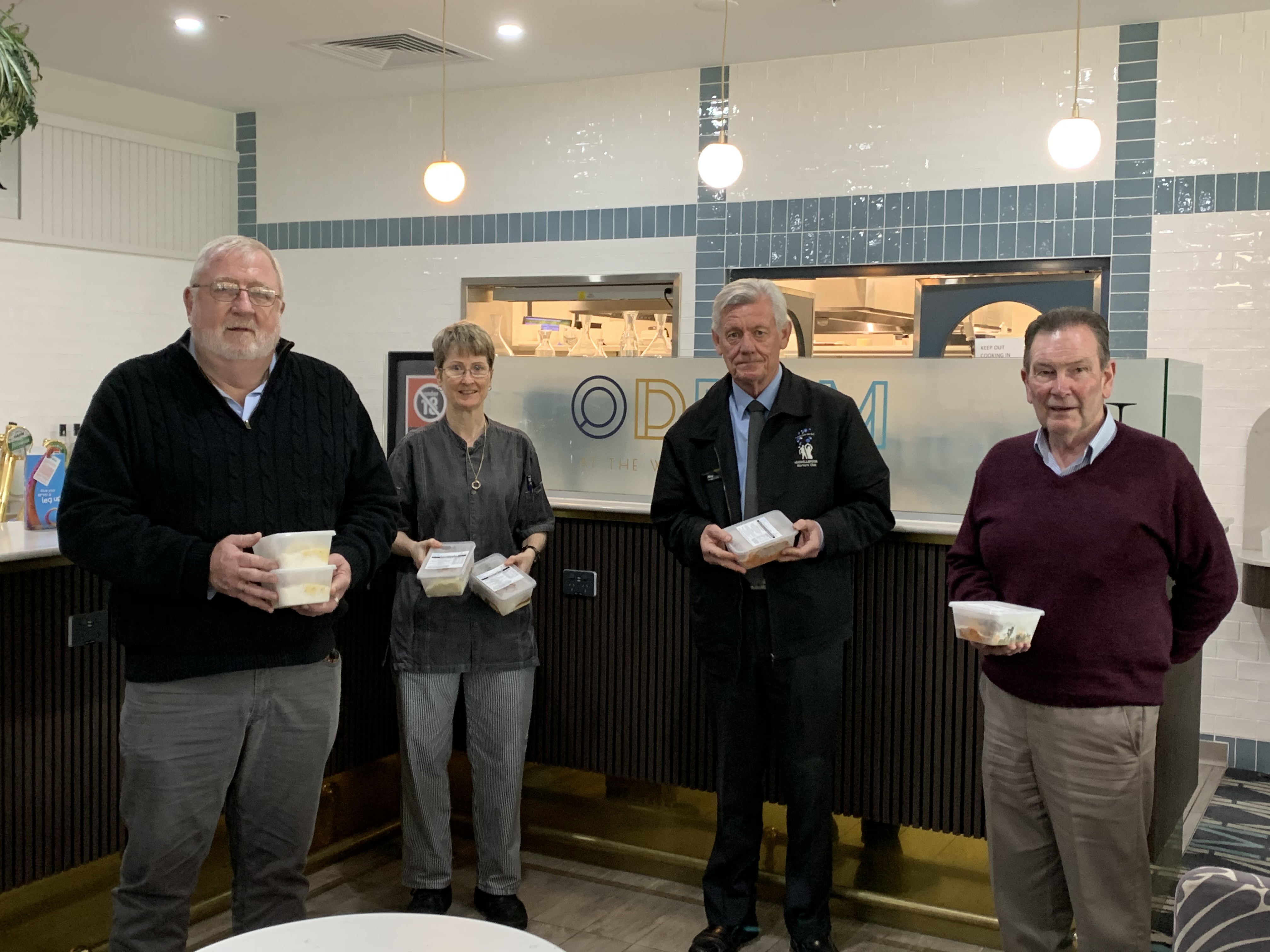 “This was historical,” Cr Scholes told The Hunter River Times.

“I really do hope the hard work that has been put into this initiative is the basis for some ongoing collaboration in the future.”

The service of providing meals from the Muswellbrook and District Workers Club kitchen directly to the homes of those affected commenced on Thursday, April 23.

By Tuesday, June 30 the service had ended with an estimated 600 meals home delivered to residents in enforced isolation across Muswellbrook.

“We realised that we had to do something,” he continued.

“So our mayor Martin (Rush) and I had a meeting the same Monday that all the clubs in Muswellbrook and Denman were going to be stuck in lockdown.

“This meal delivery plan was initially discussed and then a week later the job-keeper would come into play.

“This was about helping those in need as well as helping the clubs that could also stay sustainable.”

Meals were prepared within the walls of the Workers Club while staff from the Muswellbrook RSL staff were also able to assist with the deliveries.

“The other clubs acknowledged very quickly that it was better to come out of the one kitchen so then we worked it out from there,” he concluded.

Muswellbrook and District Workers Club president Tim Pike believes such a concept may have been delayed for further months had he not received such support from council.

“There were many issues from working out the costs of the meals, the ordering of meals and privacy involved, criteria for the meals,” Mr Pike revealed.

“There was a Council officer that was also accountable for all who came down here and she gave her time so willingly, so we’d like to thank her as well.”