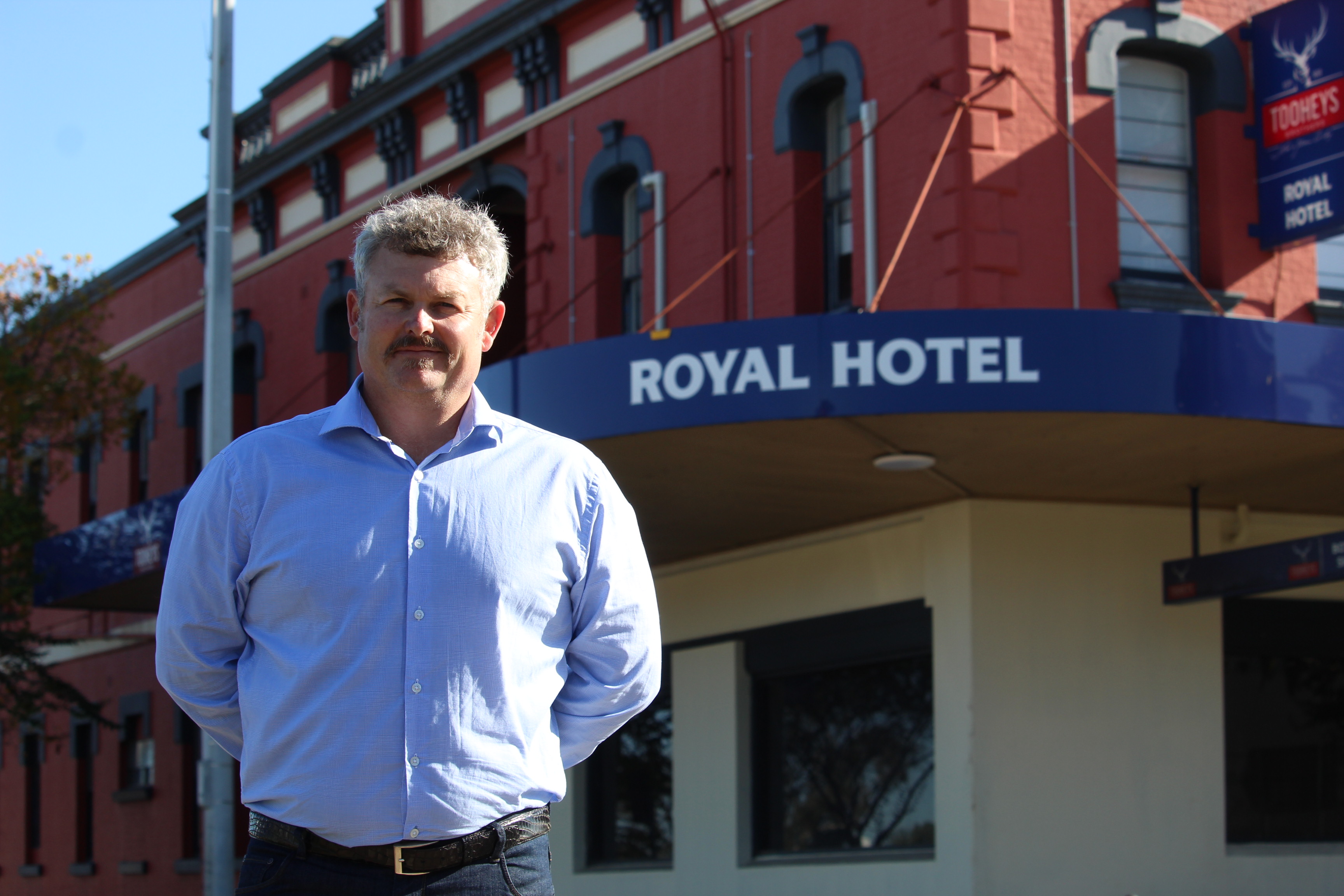 A Royal return for Muswellbrook

When Jono McTaggart first moved down from Narrabri to Muswellbrook, his story was no different to any other when making his way in the local mining industry.

Now, nearly a quarter of a century later, he starts an exciting new chapter through the renovation and reopening of Muswellbrook’s iconic Royal Hotel.

“We have only had the premises for just on 12 months but we’re excited,” Mr McTaggart told The Hunter River Times on Monday.

“We proceeded to renovate upstairs and then took on the whole building eight months ago where we are undergoing full renovations.”

The hotel holds historical significance as it stands on the first ever allotment sold in the town in 1834.

For nearly 130 years it had served as one of Muswellbrook’s most prominent watering holes until it closed its doors in 2018.

“Now we want to try and bring something to the town that is something a little bit different,” he continued.

“The town has had some nice places to go to for their entertainment and hospitality over the past 20 years.

“Some have been and gone.

“I think it is time for things to come back so we would like to bring something from that higher end back so people do not have to leave town to find it.”

Mr McTaggart has described this current venture not only as an exciting career change but as something ‘exciting to drag you out of bed every morning’.

“It is going well, we are looking towards opening at the end of July, pending really on the completion of the kitchen and staff.

“It will be something different and hopefully it will be well patronised.”

up to 30 people while the accommodation will be available from next week.

“The bar will also have a few hidden secrets for patrons to find,” he concluded.