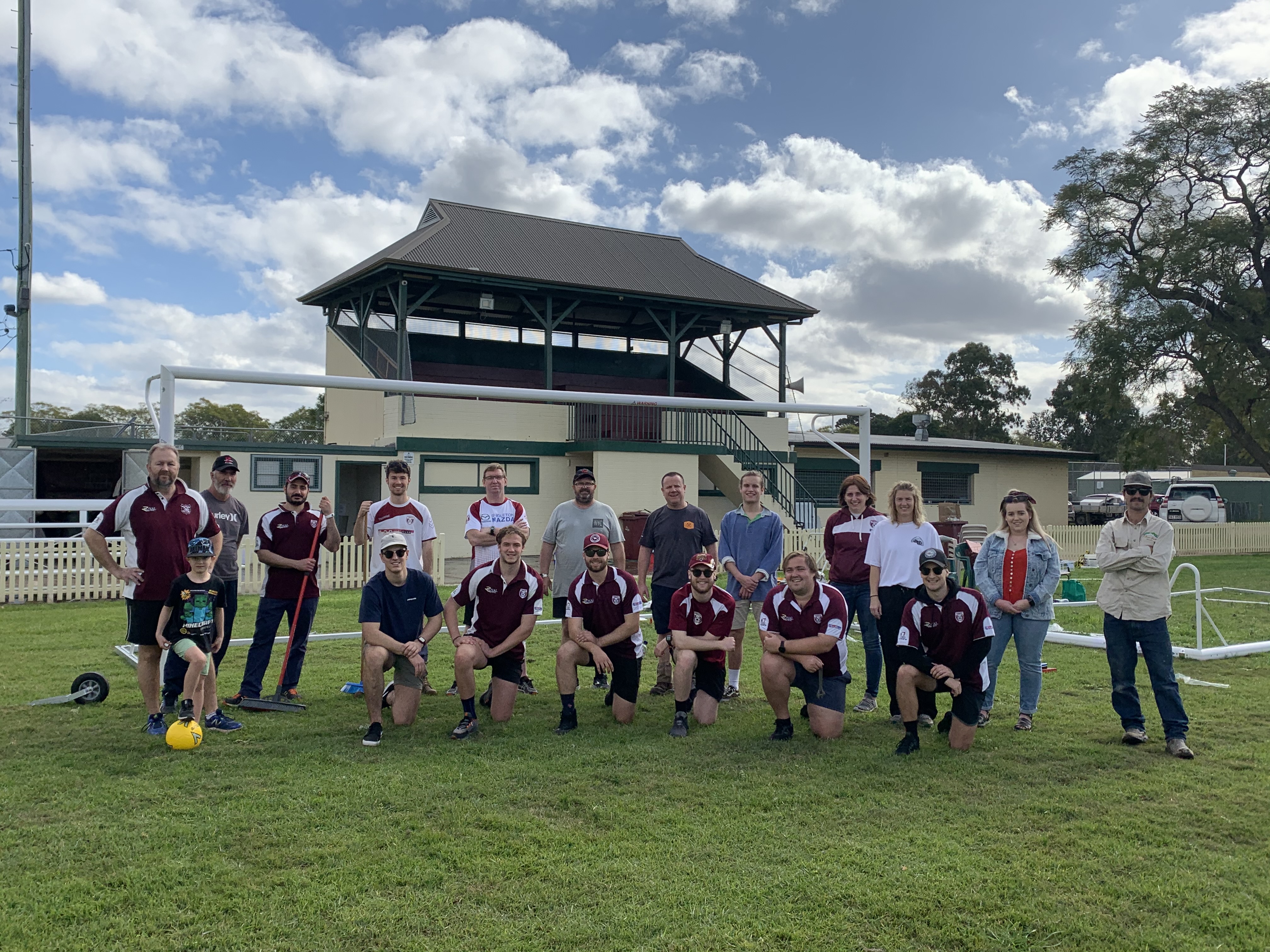 Some 110 days have passed since the Singleton Strikers FC last played off for premiership points in the New FM Northern League One competition.

Thankfully, the wait is almost over for the club’s players and supporters (across all age groups) who were side-lined throughout this time due to covid-19.

The world game will officially make its long-awaited return to Singleton’s Howe Park next weekend when the Strikers play host to the Toronto-Awaba Stags.

Patrons will also be able to attend the Strikers’ first-grade match to be played on Saturday, July 11 (2:30pm kick off).

“As of July 1, we are able to have a crowd at the game,” Singleton Strikers club president Todd Geddes told The Hunter River Times.

“However, we ask all those in attendance to adhere to the 1.5m social distancing rule.”

Club officials combined forces with players and supporters on Saturday morning to conduct a working bee at Howe Park.

Singleton will play host to both the Stags and Wallsend FC (Saturday, July 18) before travelling to play powerhouse Cooks Hill United the following week.

The Strikers are yet to register a win this year after their opening two rounds resulted in a 3-1 defeat to archrival Cessnock and a scoreless draw against West Wallsend.

Football Federation Australia then called off all forms of the sport two days later (on Tuesday, March 17) due to covid-19 with a projected return date of April 14.

However, the national covid-19 case amount would climb from 453 to 4,862 over the following fortnight and the sport was suspended indefinitely as a result.

The tally also rose in the Hunter New England region from 13 to 208 in the same timeframe.

By that time all forms of football were put aside, and the national focus was on flattening the curve.

Fast forward to July and Singleton’s maroon heroes are back on the park.

“It will be interesting to see where both teams are at with their fitness,” Singleton goal-scorer Jake Barner added.

The Strikers proved dominant against the Stags last season when victorious 4-2 (away) and 4-1 (home).

However, they will be without key defender Jordan Phelan who has moved to New Zealand.

“Toronto will be very tough to beat,” Barner continued.

“I’ve played under their coach Steve before so they’ll be a very well coached team.

“They also have some good experience players so it should be tough and tight game.”