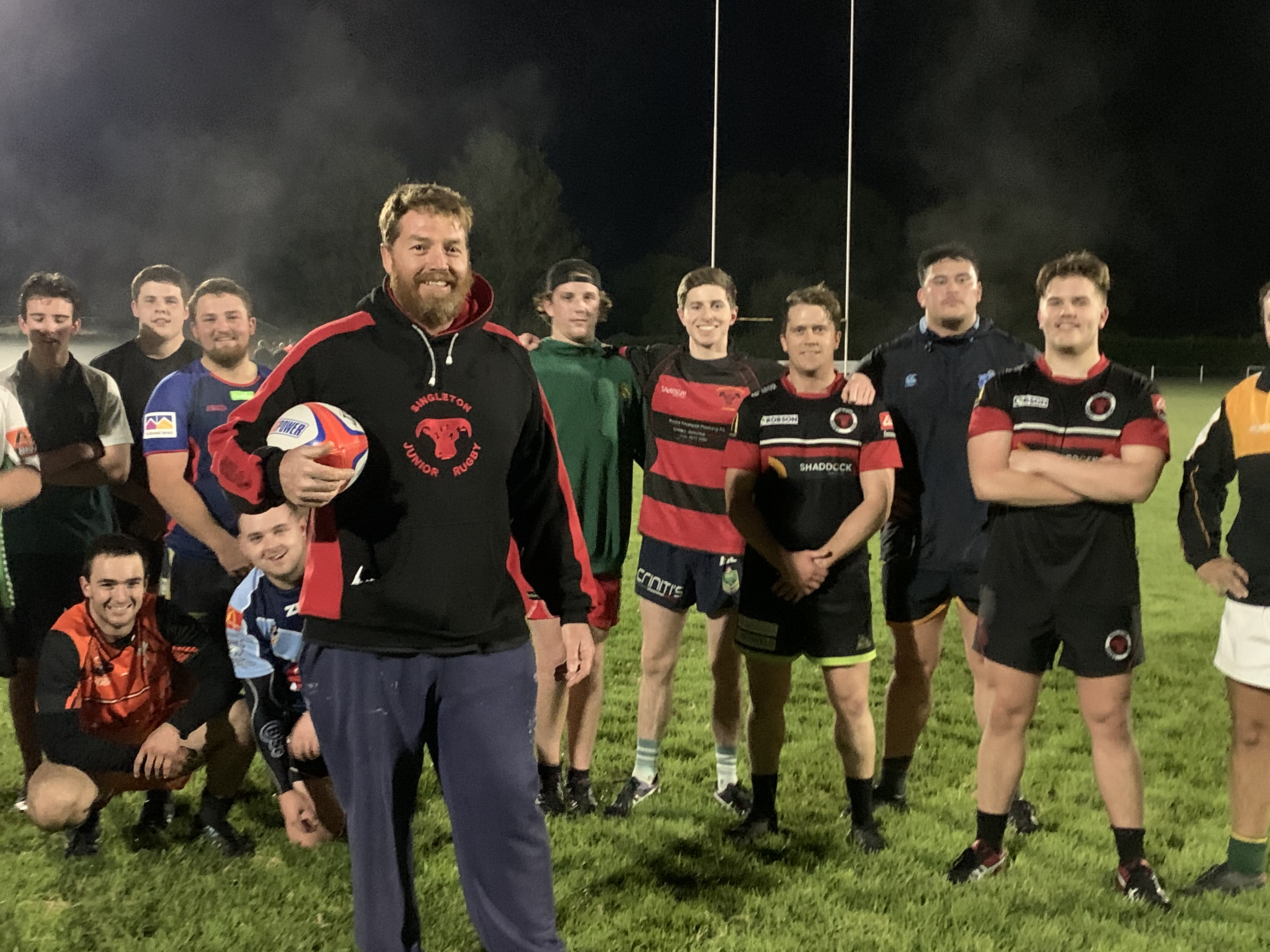 Maher and Bates hold the fort

The spotlight was cast on Singleton Bulls’ assistant coaches on Tuesday night to cover the absence of first grade coach Tim Partridge.

Partridge, who took over the role from Steve Merrick last year, was unable to attend training following the birth of his third child (named Abe) earlier in the week.

Club trainer Michael Maher and Craig Bates were able to step up to the plate in flying colours.

“Both Michael and Craig have a wealth of knowledge and we’re also in good hands with Matt Staff and Abraham Gresham as our team managers,” Partridge said on Wednesday morning.

The Bulls have nominated two senior teams for the Newcastle Hunter Rugby Union’s Rams Cup competition to commence in a shortened format later this month.

The club has also nominated an under-18 side with many of the region’s teenage talents starring against their senior counterparts throughout Tuesday’s session.

“The directive from the NHRU is that this competition will start on the first weekend of August,” he continued.

Many senior players have enjoyed their return to the track including 29-year-old Ben Osland.

“Some of the nights there may be a few more under-18 boys but believe me when I tell you that the senior guys are excited,” Osland explained.

“Even though Parto was not here on Tuesday night you only have to look at Michael Maher who has a wealth of experience, wisdom and many tales to share.

“We’re also excited for the season, even if it gets cut down from August to October, I think we’ll all get something out of it.”

New players are welcome to the club with training sessions held at Rugby Park from 6pm each Tuesday and Thursday.