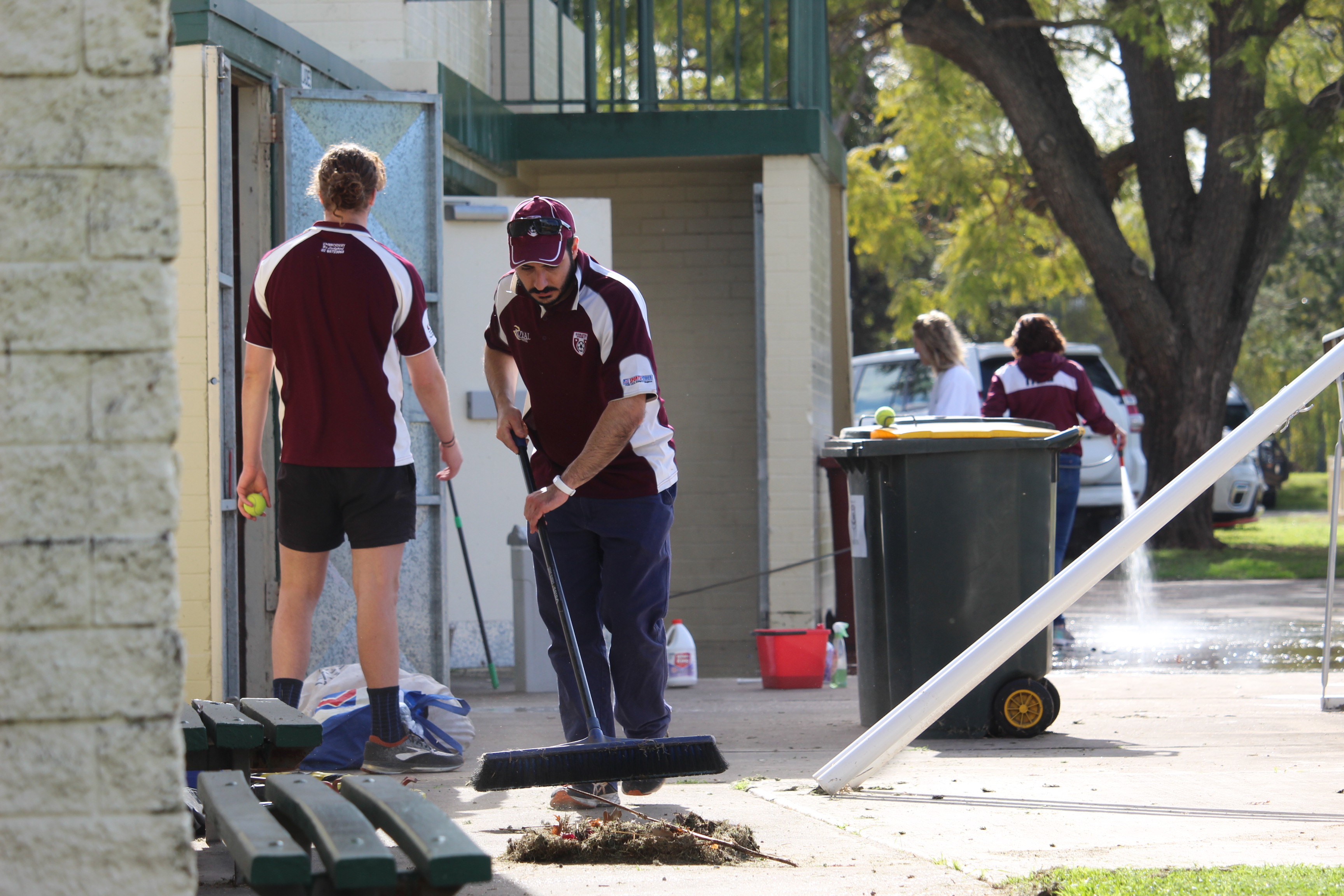 Strikers left to fill the void

There was a notable absence at Howe Park on Saturday morning.

As Singleton Strikers players and officials paced back and forth throughout the club’s facilities during their working bee, key defender Jordan Phelan was nowhere to be found.

“He met a girl, married her and ended up moving to New Zealand because that’s where she’s from,” club secretary Warren Gillespie told The Hunter River Times.

“They moved back there due to Covid but hopefully he will be back one day because he’s always been loyal to the club.”

Phelan proved to be one of the pillars of defence for Singleton’s first grade side since he was first recruited from England prior to the 2015 season alongside Stuart Plant.

Plant, who still resides in Singleton, would go on to play a higher standard of football for Charleston in 2018.

Meanwhile Phelan would be selected as Singleton’s sole selection the New FM Northern League One team of the year that same winter.

Gillespie admits his first-grade coach Brendan Slade now has a vital void to fill in the next week ahead of the club’s return clash against Toronto-Awaba on July 11.

“He was just strong in the air, his ability to read the game was superb and his tackling power made him such a standout player overall.

“Though he wasn’t the fastest centre back he always knew where he was required to be so his positioning was also top notch.

“Particularly because I am a Liverpool fan,” he laughed.

“A lot of people don’t realise this but he (Phelan) was travelling up and back from Newcastle for almost the last two years of his time with us as well.

“So, he was a great guy who will be missed on and off the field.

Who will take his spot in the line-up?

The duo performed well in the club’s 3-0 trial match victory over Mayfield in February to the delight of their first-year coach.

First year Striker Ben Henry will also be one to watch when lining up against his old side for the first-time next week while Muswellbrook’s Marcus Morris could also be in contention since crossing over from New Lambton.

“Whilst there isn’t a Jordan like-for-like, we have the depth this year and the other guys will get to put their best foot forward,” Gillespie concluded.

“My best bet would be Lachlan Nicol because he played there against West Wallsend after Jackson Skinner was suspended in the opening round.

“Lachlan was exceptional that day, so I’d say he’s most likely to take that spot.”