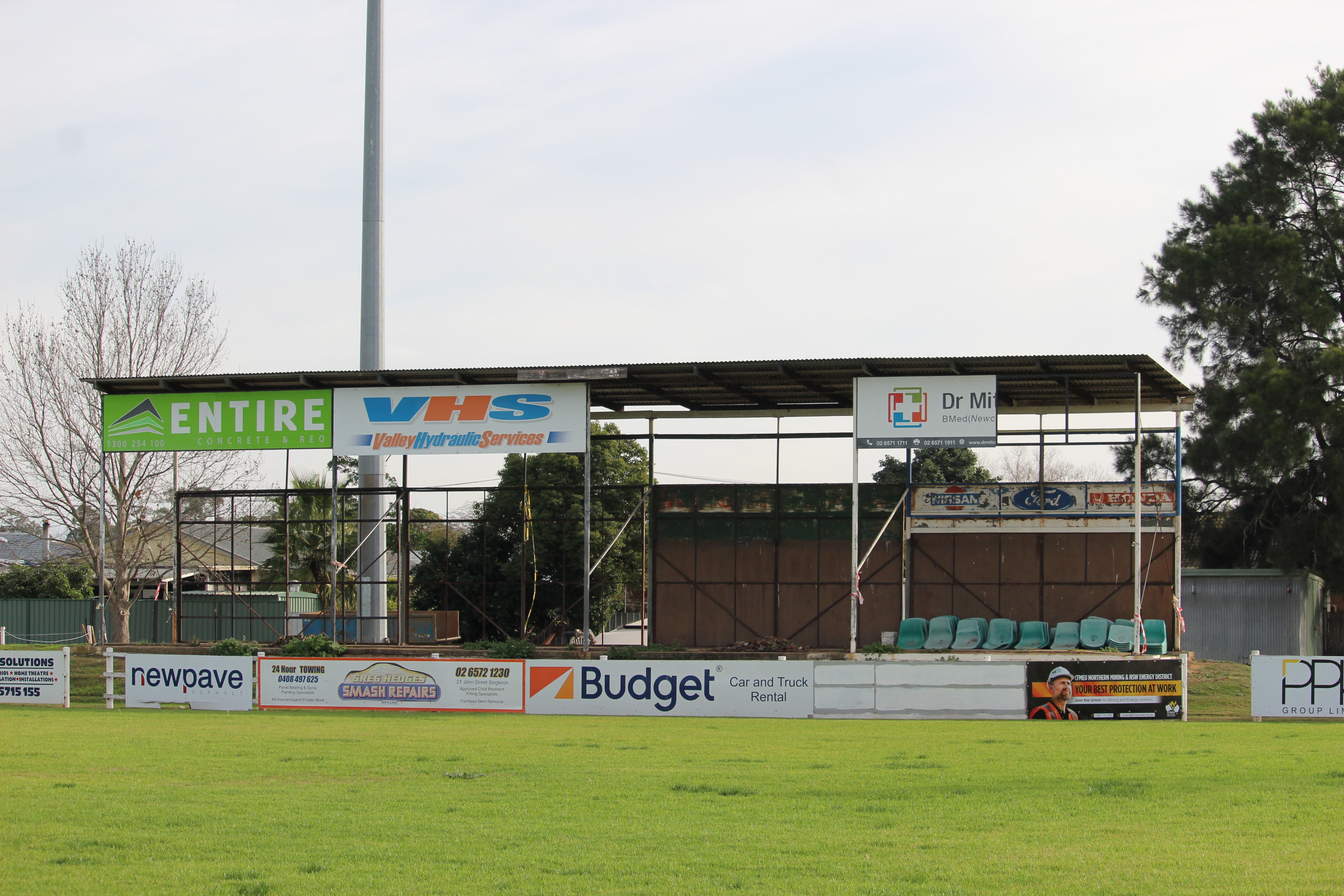 Tonight, the Singleton Bulls will play host to the Maitland Blacks’ under-14 and under-18 line-ups in trial matches under lights at Howe Park.

However, there will be a notable absence.

“Built in the mid-1980s, it has witnessed many a great game from local juniors to the All Blacks vs NSW Country clash in 1988.”

The iconic viewing point will make way for a new 440 seat grandstand due for completion in 2021.

$900,000 had been allocated to commence the opening stage of construction of a modern grandstand and facilities at Rugby Park courtesy of the NSW Government’s Regional Communities Development Fund.

This evening’s under-14 match will start at 6pm before a small crowd (adhering to social distancing) is expected for the under-18 match at 7.30pm.