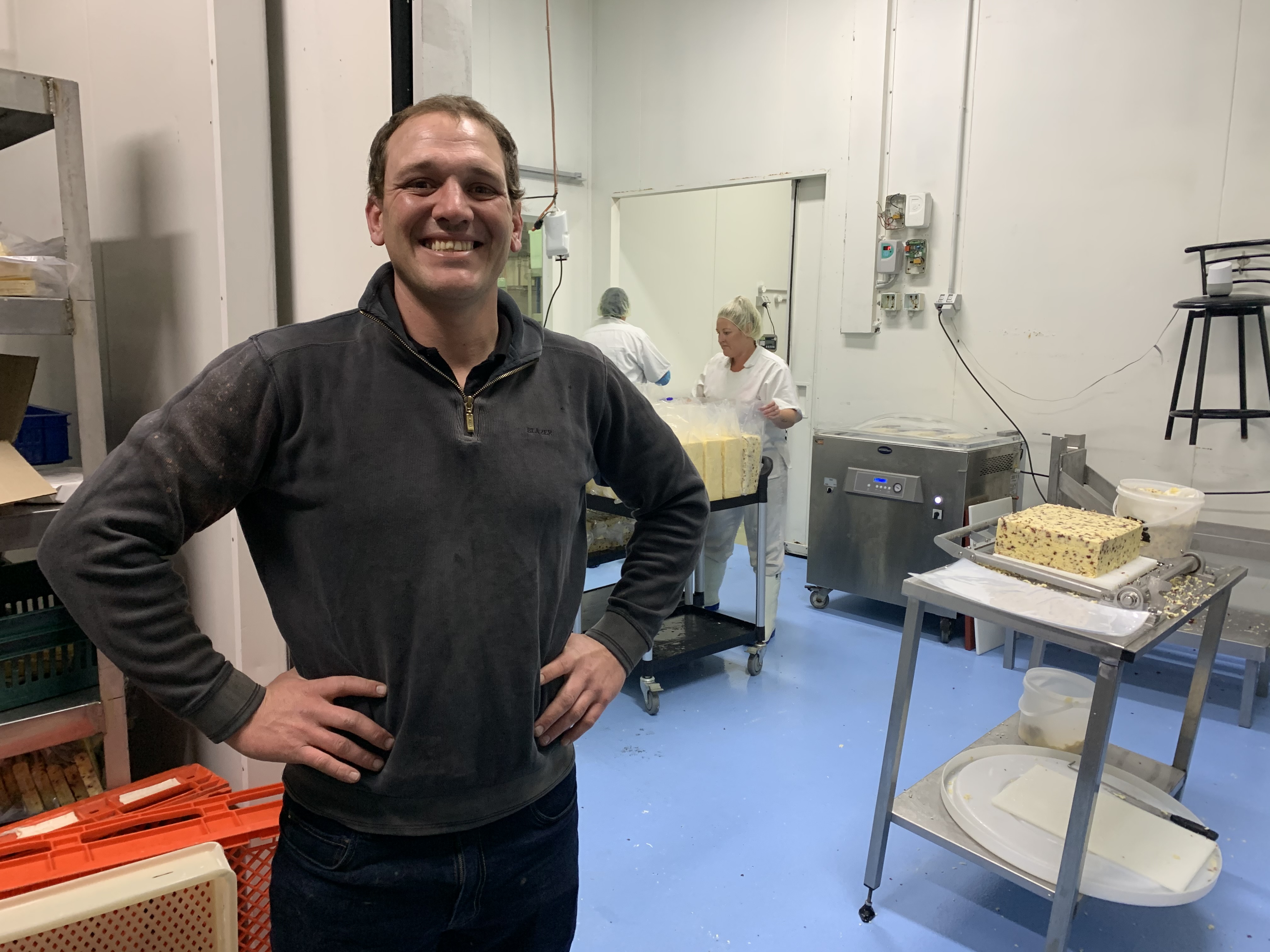 Anything else is just boring

Local cheesemaker Jason Chesworth could not help but smile when he heard a clever mantra at a recent family function.

“We bite off more than we can chew or we chew like hell,” he recalled to The Hunter River Times.

“I really like that because anything else is just a bit boring.”

As owner of Hunter Belle Cheese with his partner Annie, he was left to reassess their hospitality strategies within their café at Muswellbrook and their cheese shop at Pokolbin due to the coronavirus lockdown.

Yet at the same time, the demand for local products dramatically increased within the walls of his Scone based factory.

“We have definitely seen a good increase in sales in that retail section because people are paying attention to where their food is coming from,” he explained.

“They want to make sure their dollars are going to Australian products and that their dollars make a difference to those family size businesses like ours.

“We just have to be very clever now to remind consumers about this going forward.”

The welcomed shift of consumer attitude due to the coronavirus has played an obvious role in the business’ recent success.

Nevertheless, Chesworth was also sure to praise his hard-working team.

“Initially, we had our inner circle, or you could say ‘a little bubble’ really and we didn’t want to expand,” he revealed.

“But after a month another three or four people were put on.

“But, as we’ve come out of coronavirus, we’ve had to put another three to four people on here in Scone.”

Since taking over the business from his parents and former dairy farmers Geoff and Tania in recent years, Chesworth admits recruiting quality staff can be challenging.

Specifically, when competing with high paying mining, equine and viticulture industries in the Upper Hunter.

“But when you do find them, like we have right now, you latch onto them and don’t let them go,” he laughed.

“We’re pretty excited that we’ve been able to double what we have done in the past 18 months and employ 15 people just here in Scone.”

He too describes the past few months as ‘eventful’.

“It has been absolutely crazy and it is great that people have started to use locally made Australian own products,” Tavern added.

“Catering dropped right off while the domestic stuff took off like crazy.”

“I’ve worked for the corporate guys, lived in the capital cities and received a decent wage but it just wasn’t fulfilling for me,” he proudly concluded.

“So, we’re going to keep chewing like hell and if I don’t do that then who else will?”