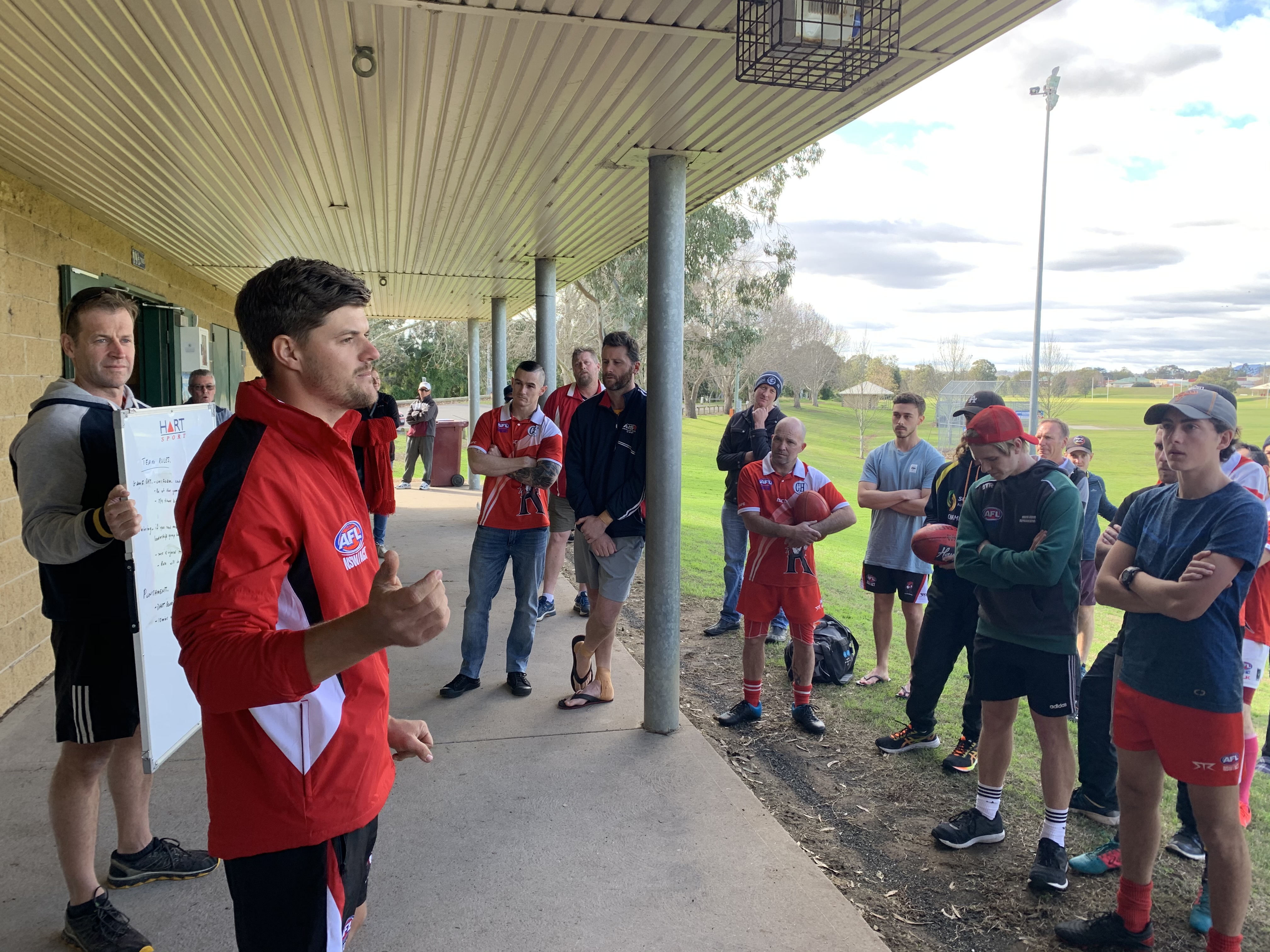 The Singleton Roosters waited 160 days for a coach and now 148 have passed since he arrived.

Then last week the new coach landed a handful of goals in the Roosters’ 53-point practice match victory against Cardiff at Rose Point Park.

Now it is all systems go for Round One.

“Jed has proven throughout the preseason that he has a lot of knowledge about the game,” Howard told The Hunter River Times.

“He demonstrated that in Saturday’s trial game as a player by being in the right spots and getting a lot of the footy.”

Prior to joining Singleton, Ellis Cluff most recently coached the Camden Cats in the AFL Sydney Premier division where he would play 33 games from 2018-19.

In that time he was named in his side’s best on 16 occasions while also managing 24 goals in his side’s promotion to the top tier competition.

Though the incoming mentor has more than a decade of senior football experience he is best remembered for his stellar 2016 AFL Tamworth season as playing coach for the New England Nomads.

That year he would guide his club to its fifth straight premiership (his fourth), claim the league’s Gillies medal and land the Gerry Griffiths medal for the competition’s leading goal scorer.

“Cleary he is a very skilful player who will dominate a lot of opposition midfields this year,” Howard concluded.

“I am also looking forward to the junior players who have stepped up into the senior grades this year.

“Daltyn McCartney, Jesse and Kalani Bates, Cam and Darcy Saunders, Dan Riley and Bowen Flockhart have all trained really well and have taken their game to another level.

“They are the future of the club.”

Singleton will face Warners Bay at Feighan Oval at 2pm tomorrow while Singleton’s reserve side will travel to Wyong Lakes (10am).