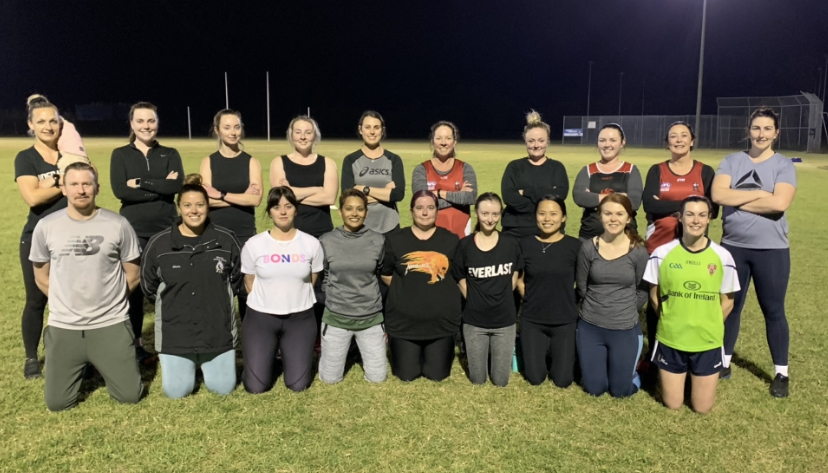 Could this be the year of the Roosterettes?

Singleton’s senior women’s coach Nadene McBride forecasts a successful season for her line-up ahead of tomorrow’s opening clash against Lake Macquarie (away).

Last weekend the Roosterettes kick-started the winter with some wet weather footy against Maitland (which featured Muswellbrook players) and Cardiff.

Though the two clashes were both trial matches many onlookers watched on with interest around Singleton’s Rose Point Park.

For McBride, the afternoon allowed her to receive a firsthand look at some of her ten new recruits against high class opposition.

“I think last week’s practise matches have got rid of some of the nerves because the teams we played last week are actually from a higher level,” she explained.

“I’m just hoping the girls can stick with it and try again this weekend against Lake Macquarie.”

Other teams in the Black Diamond Plate include Gosford, Newcastle City, Wallsend-West Newcastle and Muswellbrook (who have the bye this weekend).

Irish import Ciara Goland will also convert her gaelic footy agility to the Australian game while junior talent Kalani Bates has also been elevated into the senior line-up.

“Kalani lives and breathes footy just like her father and her brother Jesse,” McBride continued.

“Miranda (Flannery) did play one game last year but she couldn’t commit, now she’s back and ready to rock and roll which is exciting.

“She and Claire (Truin), who comes from Victoria, both have a netball background as does Ray (Chapman) who is not scared to try new things.”

The addition of so many new recruits allowed McBride and bench coach Marcus Rowe to rejig their starting line-up throughout Saturday’s trial games.

“Sophie Breeze is another example where we trialled a midfielder in a different position,” she continued.

“We had actually been trialling her as a runoff player.”

Howard would finish the 2019 season as the Roosterettes leading goal-kicker.