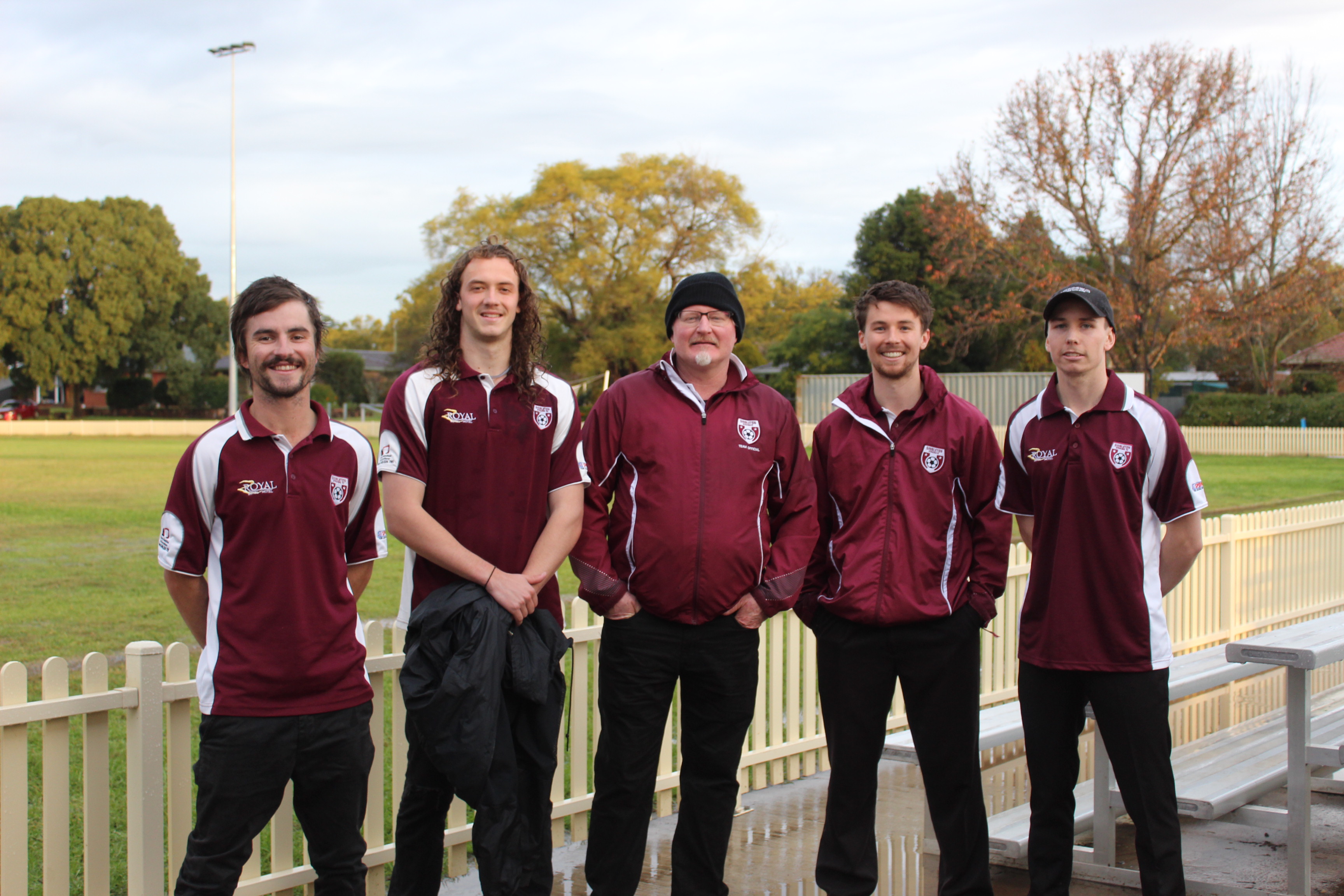 Brendan Slade celebrated his first win as the Singleton Strikers first grade coach on Saturday thanks to a 5-1 victory against Toronto-Awaba at Howe Park.

The Strikers initially suffered a 3-1 defeat to Cessnock and scoreless draw against West Wallsend before the 2020 New FM Northern League One season was postponed due to covid-19.

After a 118-day hiatus, Singleton’s maroon heroes returned with conviction to pull off a convincing victory.

Earlier in the afternoon, the Strikers celebrated a 2-1 triumph (goals scored by Nick Watson and Oran Marzol) while the under-18 side settled for a 0-0 draw.

“I hate losing so, when you win, the beers taste a lot better,” Slade told The Hunter River Times.

“This one proved to be a great win all around.”

He was joined on the scoresheet by NPL recruit Joel Barner, Jackson Cox and Tristan Muir (who turned 21 that afternoon).

“Playing at number-ten, Hayden’s job was to shut down their number six in Jarrod Penfold,” Slade continued.

“We controlled the game pretty well and we still had to feel our way into the game but once the boys got settled in, I thought we were the fittest side.”

A second straight win could see the Strikers on top of the table in 48 hours’ time.

Singleton’s guide to the top spot