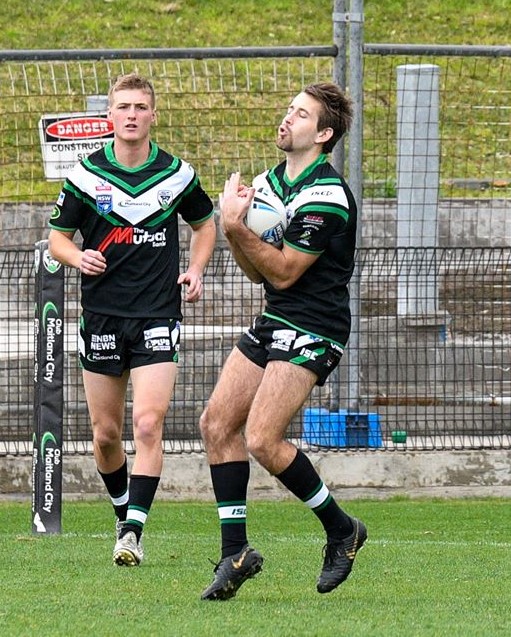 “Never once before has a team from Maitland participated in a specific Sydney based competition.”

Those were the words from Maitland Pickers first grade coach Matt Lantry on the eve of his side’s NSW Rugby League Presidents Cup.

To add to the narrative, Lantry selected former Singleton Greyhound James Bradley in his inaugural line-up to take on premiership favourite Wentworthville.

“If you go back to our Wyong trial, he (Bradley) performed very well there so we brought him up to our first grade to add a bit of spark to our attack,” Lantry told The Hunter River Times.

“He now finds himself on the bench in today’s historic game.”

Bradley crossed over to the Pickers with Singleton talents Ethan Edwards and Cooper Harris over the summer.

The Pickers have since opted to compete in the Sydney based competition where they will also meet fellow regional clubs Western NSW and Dubbo as well as North Sydney, Hills District and Glebe-Burwood.

“James gives us that outside back coverage and we’re looking at James as more of a centre than his usual full back or halves at Singleton,” Lantry continued.

“But for us he’s just a footy player, you put him in the centre or wing or full back or five eight and he’s going to do the job for you.

“He also has the stability to throw him at lock if we need to as well depending the situation of the game so he’s doing very well.

“He’s got a great level of fitness, good attitude and what’s just as important is he’s a really good person.”

The Pickers would go on to defeat Wentworthville 32-24 in their opening match thanks to a stellar performance by former NRL player Brock Lamb.

Bradley’s game time was limited, and he would watch on as the side backed up their efforts the following week with a 28-0 win over Dubbo before a small home crowd.

Nevertheless, Lantry was more than happy to draw a comparison on the Singleton sports star to a former NRL and Super League speedster from yesteryear.

“I guess in a sense he ticks the speed box so there is an element of Darren Albert in him where you see him as an outside back and quality finisher,” he added.

“From a skillset, he’s a cross between a Darren Albert and a Brett Mullins.

“The way he runs, that very upright sort of technique, there is certainly a bit of a cross between those two in the skill set he possesses for sure.”

This Sunday the Pickers’ Presidents Cup side will travel to Crestwood Reserve, Baulkham Hills to take on Hills District in the top of the table clash.