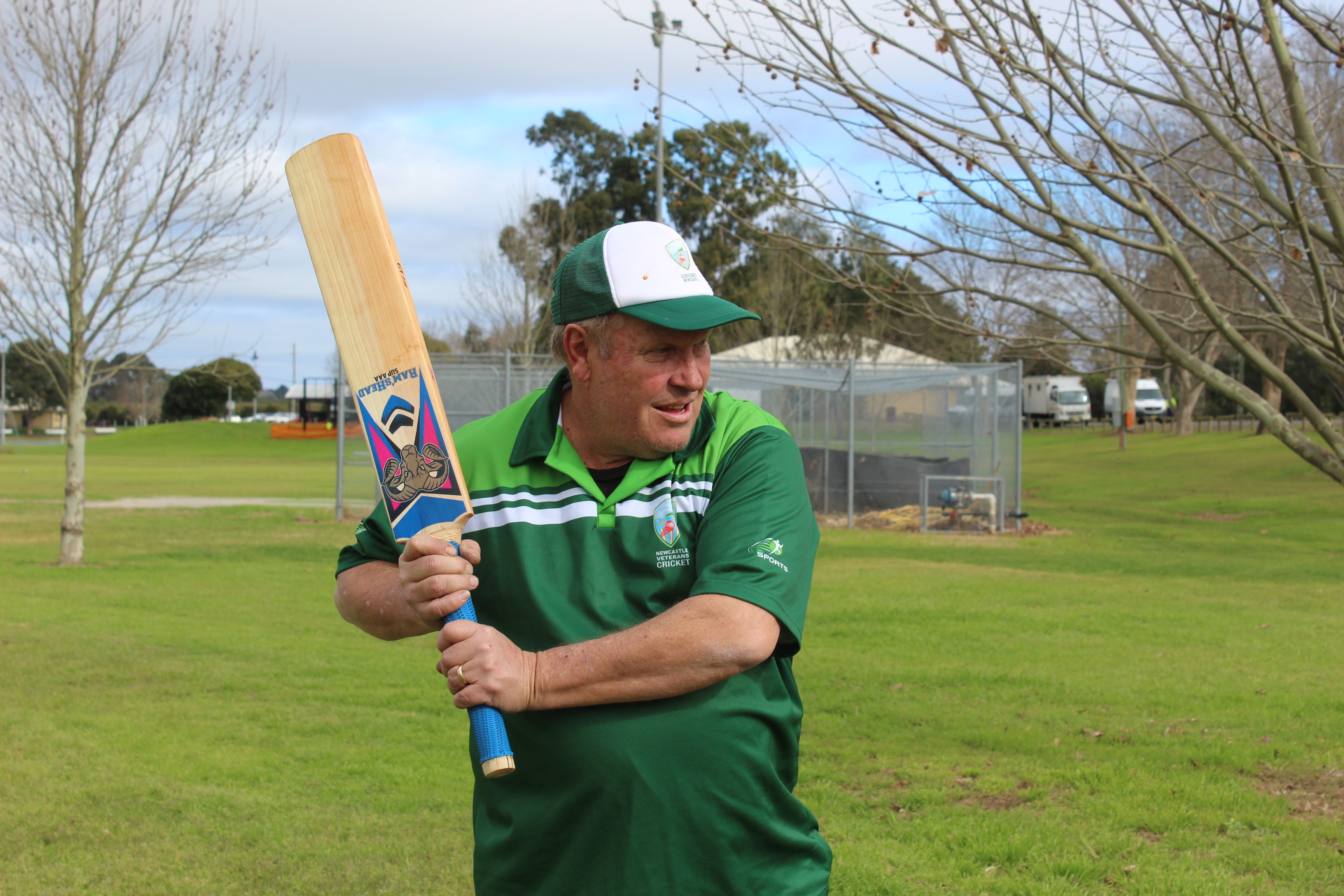 He has played cricket for more than half a century.

Now, at the age of 55, Greg Thrift will make his national championship debut if all goes to plan for the rest of the year.

“We’ve got some news to break,” Thrift revealed last week.

“Singleton will be hosting the NSW Blues vs. NSW Waratahs veterans match in September ahead of the national championships later in the year.”

Thrift has celebrated many successes across Singleton’s cricket venues overtime as a first-grade premiership batsman for local outfits PCH, Glendon and JPC.

His representative record is also second to none across the region given he has lost count of his total amount of John Bull Shield appearances.

Now he will represent the NSW Waratahs over 50s side before a home crowd at Cook Park 3 on September 13.

The line-up will play off against the state’s other representative side, the NSW Blues, which features Charlestown great Steve Mace.

The duo guided the Newcastle representative side to fourth spot in the NSW Veterans Cricket tournament in Orange earlier this year.

Newcastle would be unable to defeat the Macquarie Valley Goannas in the opening match however their score of 6/251 the following day would guide them to glory over the Mid North Coast (125).

“I was even thinking of retiring maybe the year or the year after but after playing in this tournament I have been rejuvenated,” he continued.

“I think I got 42 and 43 in the tournament which was good because you had to retire on 40.

“But then I had a duck in the third game (third place game).

“By that stage, the wicket had been played on and there were seven LBWs in that game as well.

“The old umpire had done ten days straight as well, so I think that he was getting a bit tired by then.”

Thrift’s nomination for one of the two NSW veterans’ sides was granted over winter and he will now represent the Waratahs against the Blues and then Queensland in Brisbane a few weeks later.

The sides will then play off in the national championships in Adelaide this November.

Thrift’s primary focus will be on preparing the Singleton venue.

“I put it up that I had a wicket that I could prepare, granted it does not have football played on it,” he explained.