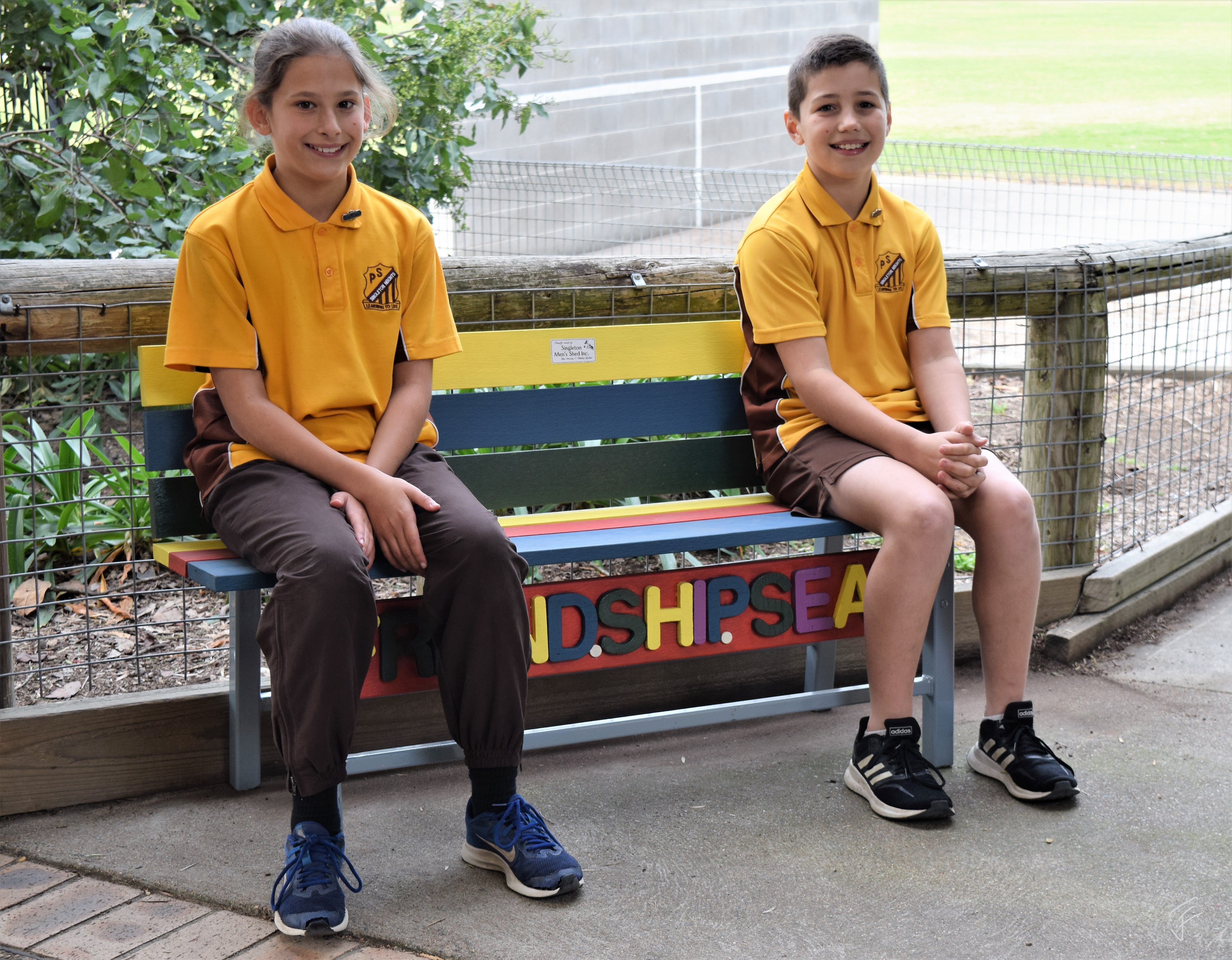 Friendship seat is back

Few students would even notice a playground’s garden furniture but when the friendship seat at Singleton Heights Public School was taken away for a facelift, its absence was noticed immediately.

Singleton Men’s Shed built the seat originally.  It was one of the group’s first major projects so when it needed sprucing up, it was obvious who would be doing the work.

The school’s community liaison officer Alison Dagg said the students were a little concerned when they saw the friendship seat being taken away.

“They kept saying where are they taking it,” Mrs Dagg said.

That was last year and with covid, the seat’s return was been longer than they had hoped.

Now the seat is taking pride of place back in the playground, the students couldn’t be happier.

Students know that anyone sitting on the seat might need a little help and friendship.

It is a simple concept that gives students the opportunity to quietly put their hand up for support.

Fellow students know that anyone sitting on the seat might need a friend and students are often seen taking up the seat.

But they are never left sitting there alone for long.

“Other students stop by for a chat, the teachers stop by, the kids are so use to it now and they are very pleased it is back,” Mrs Dagg said.

On behalf of the thanked Singleton Men’s Shed for their continued support.