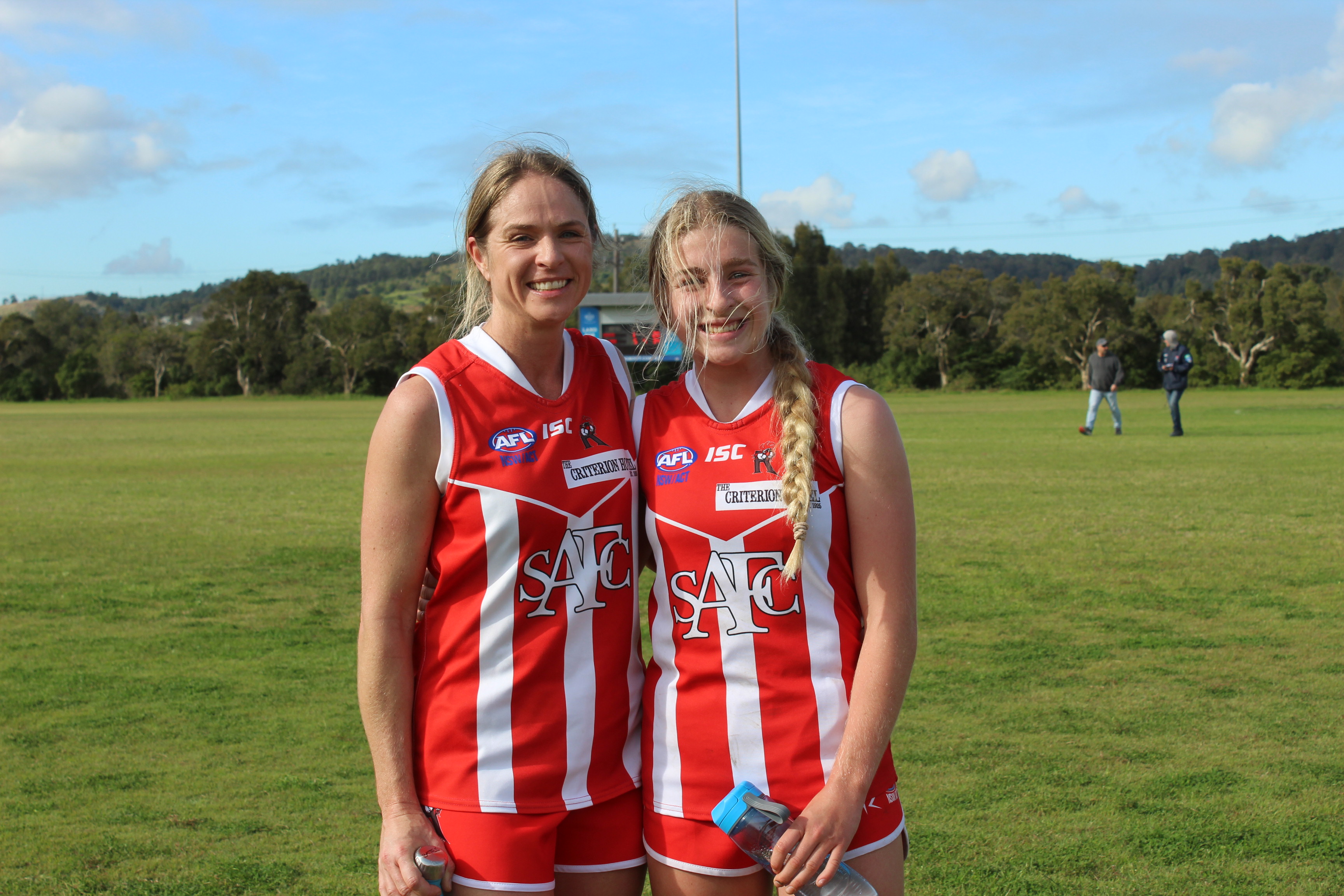 Singleton Roosterette Kalani Bates has starred for her line-up since making her senior debut a fortnight ago.

The teenager was named as her side’s best player on debut against Lake Macquarie before scoring three goals in her side’s 78-point victory against Gosford on Saturday.

“The opening two weeks have showed that our team has already created a tight bond and it was an encouraging way to kick off the season,” she said.

“I’ve found that the women’s footy is a lot more aggressive and it’s a good steppingstone for my journey in football.”

Bates has been joined in the line-up by her proud mother Paula while her older brother Jesse and father Travis line-up in the Roosters’ senior side.

“It was a very touching moment for me as I’m sure there is not many families who get to experience a mother-daughter combo in the same AFL match,” Kalani continued.

The Roosterettes will now travel to Newcastle City this Saturday at 9am before returning home to host Lake Macquarie (August 8).