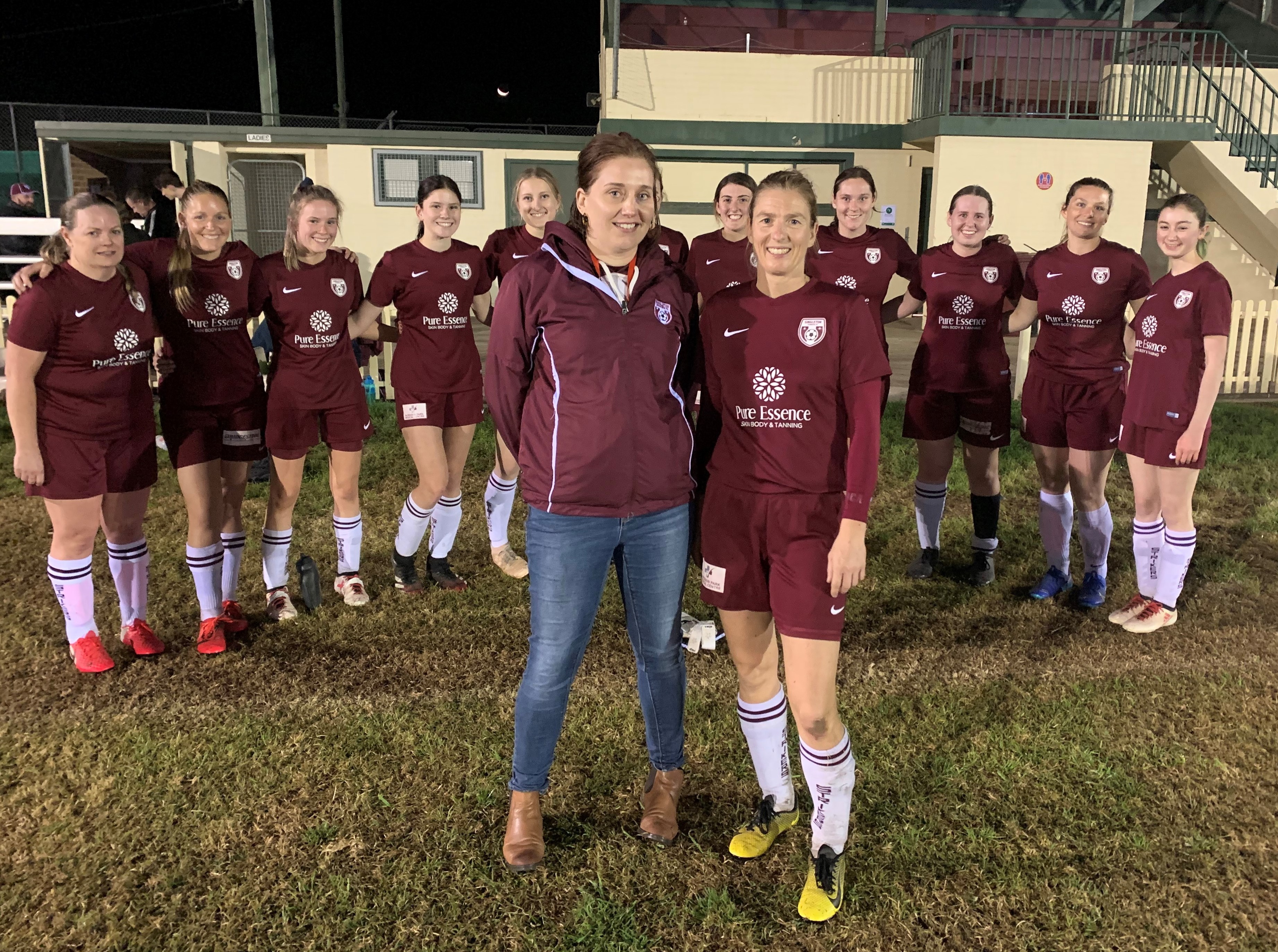 Returning local star Tove Crosswell made a gallant return to the field last Friday night when guiding Singleton to a 12-0 win against Mayfield at Howe Park.

The seven-time Singleton women’s golden boot award winner finished with five goals thanks to a final header in the game’s final piece of play.

“For me that was a big goal because I rarely get headers so that was big,” Crosswell told The Hunter River Times.

After a delayed start to the season due to Covid-19 the Singleton Storm line-up opened their account with a 0-6 defeat at Cessnock and a 9-0 triumph over Edgeworth before suffering a 9-2 defeat to Garden Suburbs.

It truly has been a month of mixed results.

Crosswell’s on field contribution was limited until Friday evening.

“I was cleaning the toilets which had probably not even been flushed properly for months due to covid-19 at the club’s working bee and felt something with my back,” she continued.

“I didn’t think anything more of it and then that night I couldn’t even turn in bed.

“In the first big kick of the first game back at Cessnock my whole back cramped up again.”

She was left to watch on from the sidelines in recent weeks.

As a result, this became more of a challenge for the passionate 44-year-old than the injury itself.

“It was extremely hard for me to stand on the sidelines and just watch,” she admitted.

“Even last week we had an amazing first start to Garden Suburbs and we were up 2-1 but then we lost 9-2.

“But tonight was great, we focussed on our run down the line and then cutting the ball back and it was great to see all our pre-season preparation come into fruition.”

When non-playing coach Petrina Metcalf was asked for her thoughts on the match she remained tight lipped.

“It all worked,” she concluded.

The Singleton line-up will have a rest tonight due to the bye before returning to the field next Friday evening against Lochinvar.