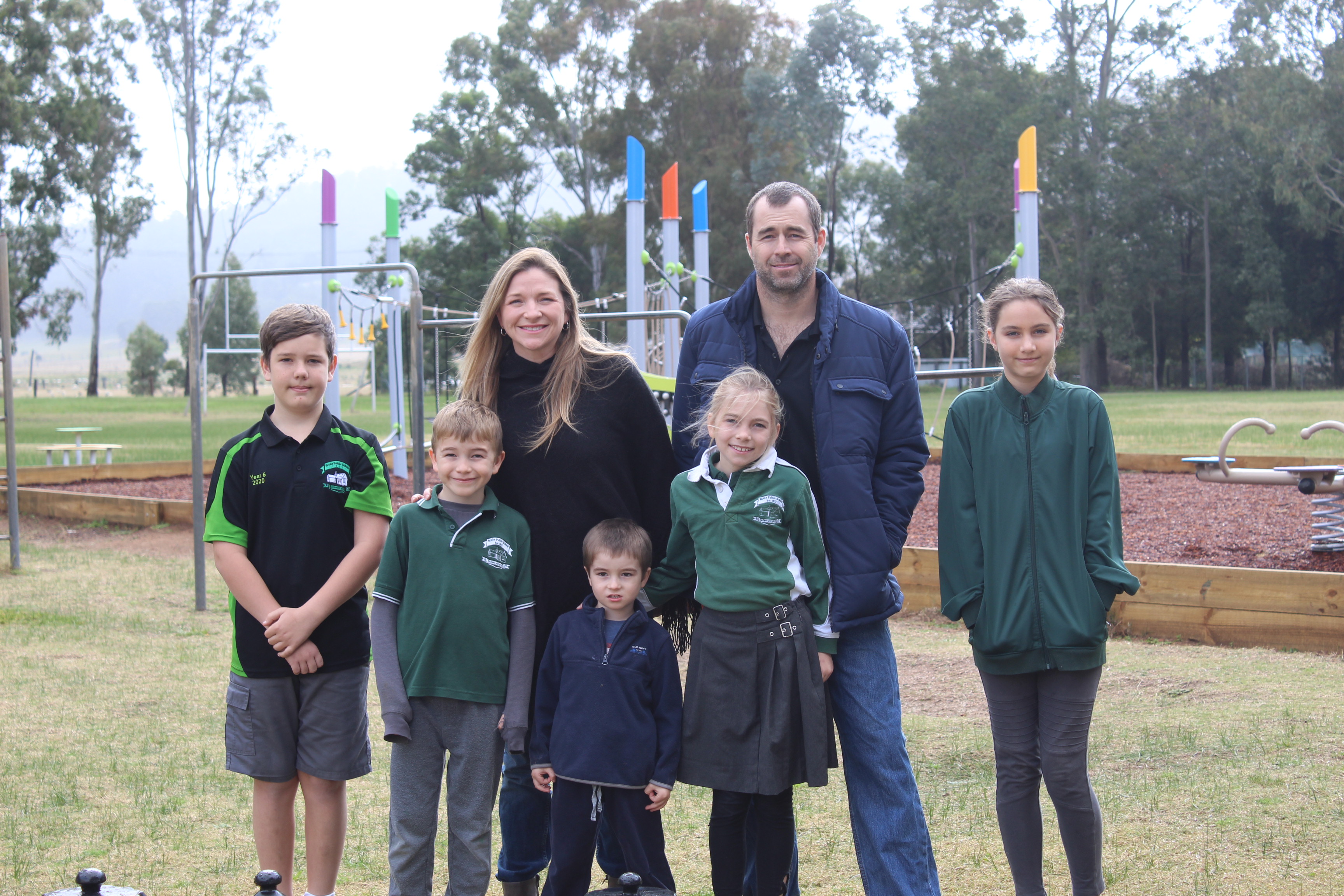 Randi and Rob Thraves were recognised at this year’s Education Week Awards for their contribution to Broke School and what a contribution that is.

Two of their three children attend the school and the couple could not be happier with the school environment, the staff and fellow students at Broke Public School.

Randi and Rob organise the Smoke in Broke event at McNamara Park and proceeds of last year’s event resulted in a significant donation that provided a supply of iPads to the school and other resources.

The purchase could not have been more timely with many of the school students able to take the devices home to work through school lockdowns.

Randi and Rob said the school experience at Broke has been welcoming from the very beginning.

They didn’t even realise Broke Public School existed when they first moved to the area and could not be happier with the education their children are receiving.

“I went to a really big school where you only knew the name of your own teacher, I love it here that everybody knows everybody and all the kids get along so well, it is just a loely environment,” Randi said.

The couple say supporting the school was second nature.

“I fully believe you get back in life what you give, people need to be involved in their community,” Randi said.

The Hunter River Times congratulates all recipients of the Education Week Awards.