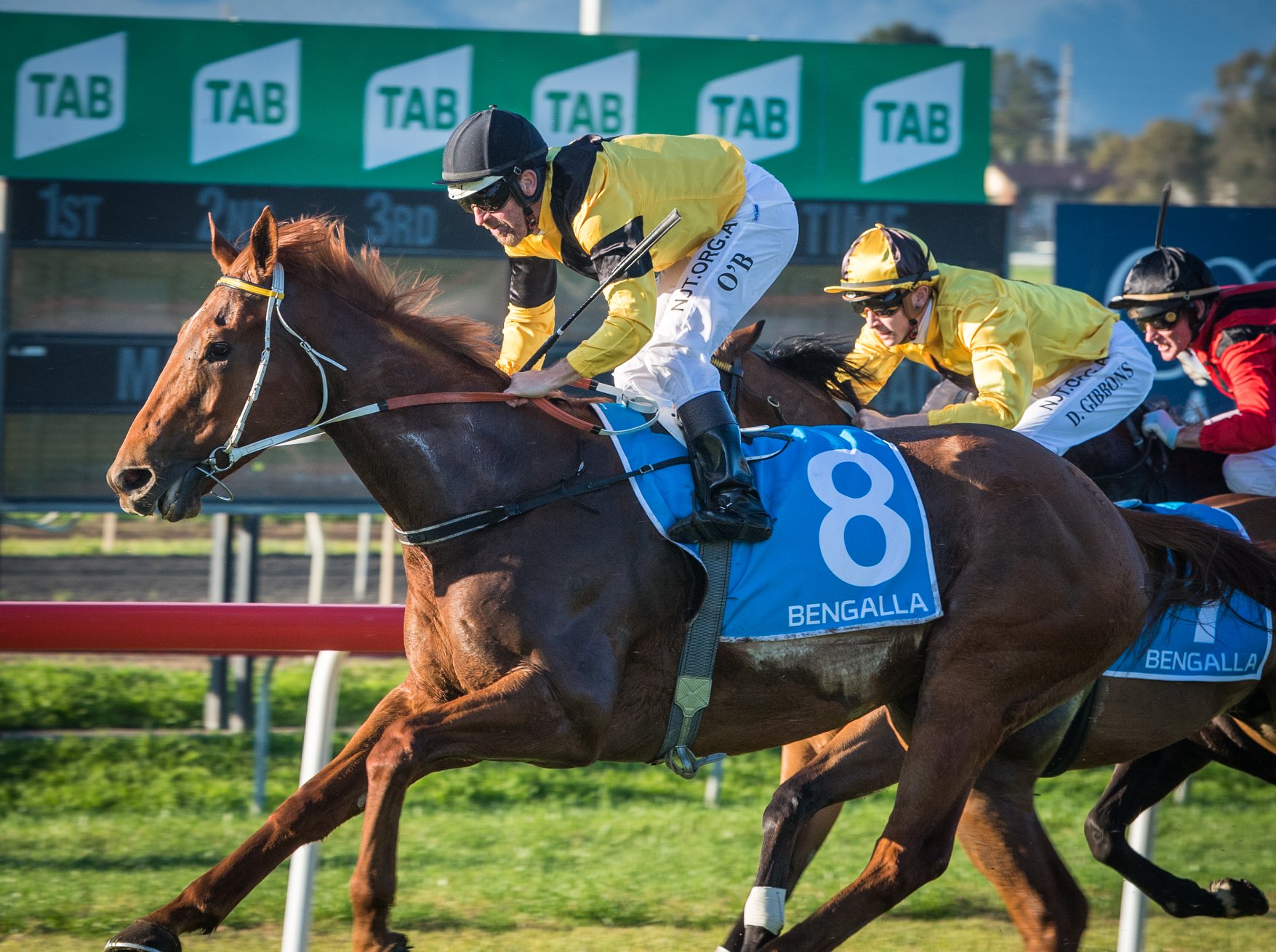 Another chapter was added to the history of the Bengalla Cup earlier this month when the Paul Perry trained ‘Nothing Too Hard’ claimed an upset victory.

It made for a stable double for the Perry family following an early victory to the Grant Buckley ridden ‘Chasing Comets’ in the Gj’s By The Lake Maiden Handicap.

“It was a bit of a surprise but a happy one,” Perry’s son Nathan told The Hunter River Times after the main race.

“We just thought this horse was a good country’s cup horse and he was first up today.

“We probably thought he needed the run really because he was still a bit fat but in his last preparation, he won the Quirindi Cup.”

However, it would be Perry’s six-year-old veteran gelding who would live up to its name when claiming the victory at $51 odds.

Richard Litt’s ‘Sedition’ finished runner up ahead of David Atkins’ ‘All From Scrap’.

“He’s always been a nice handy horse and just had a nice run up along the fence there and saved a lot of ground,” he explained.

“Chris (O’Brien) the jockey said he really didn’t even handle the track as well, but he did a good job.”

Perry couldn’t stop smiling on his return to Newcastle on Sunday night, a successful result to capture his first day back in three months.

“I thought this thing (coronavirus) isn’t getting any better so I better get used to the new normal and get back to the races myself,” he concluded.

“To return with a double made for an enjoyable day.”