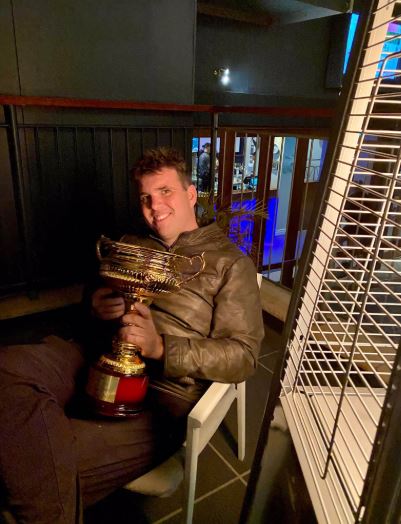 “It is very hard to regroup and start from scratch again and when you are paying a bit of money for these horses without owners it’s a ballsy thing to do,” Kavanagh told The Hunter River Times.

“To win a feature cup when we only had our first runner less than two months ago on June 25 is pretty exciting and hopefully we can continue to build on it.”

Kavanagh’s intriguing back story made the win all-the-more intriguing this week.

He was successful in applying for licence reapplication (following a ban set in 2015) in May and from there his stable grew from an initial amount of five horses to 24 by early July.

On Saturday July 24, Kavanagh finally returned to the winners’ stables thanks to the Andrew Gibbons ridden Dancing Dollar.

Then came his memorable afternoon at Coffs Harbour.

“I was on my own, you couldn’t see the whole race live from where I was and the caller basically called the favourite the winner,” Kavanagh explained.

“I was looking for the yellow colours and as soon as I saw him coming down the outside, I knew this was his race to basically lose.

“He hadn’t won in 529 days so its hard to get overconfident with a horse that hasn’t won for so long.”

Thankfully, the drought was broken. And it would make for a memorable victory for the Upper Hunter community after Singleton jockey Aaron Bullock brought the eight-year-old galloper over the line.