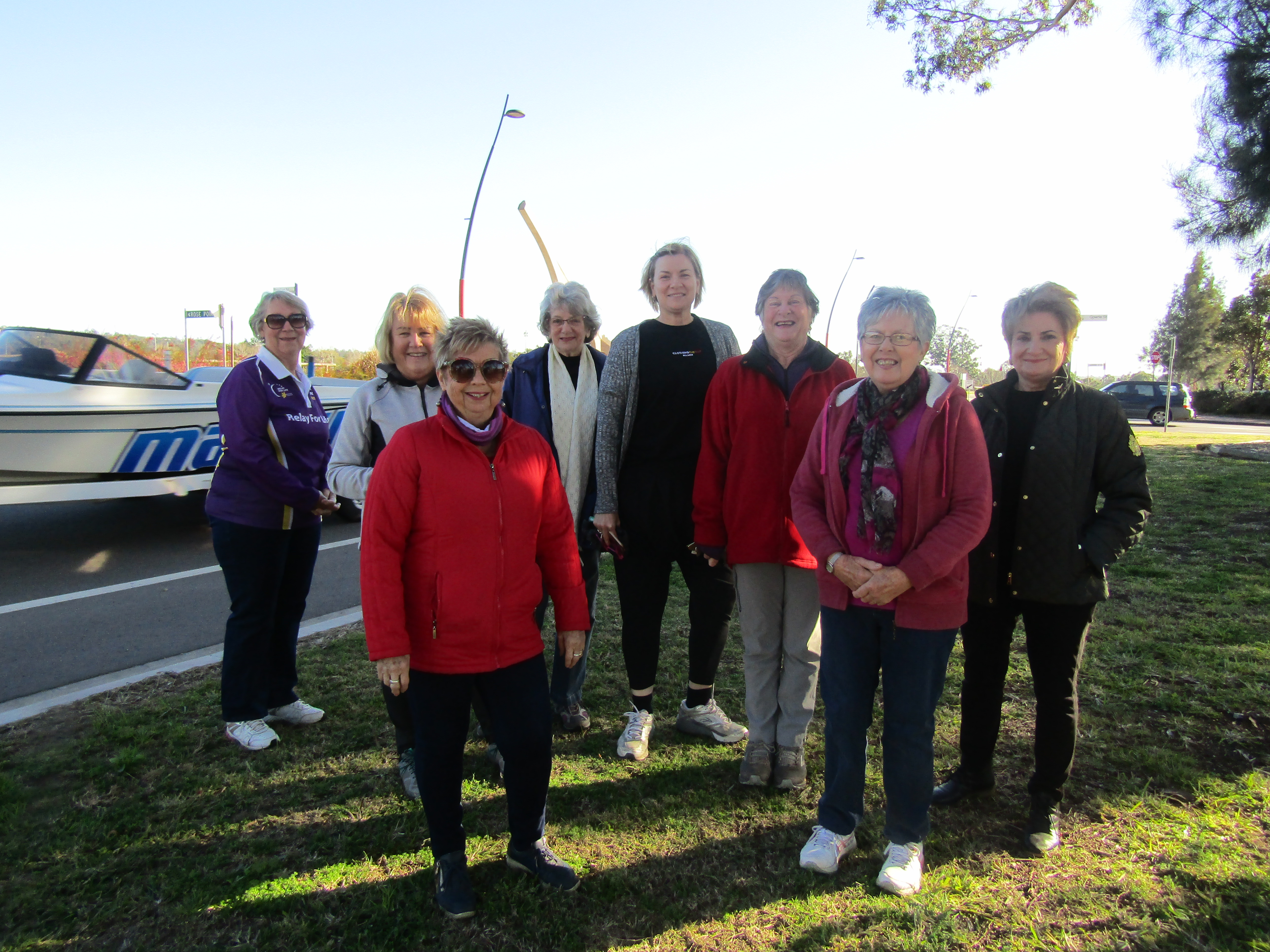 Stepping out with friends

Singleton Striders Walking Group, aka ‘Walk, Talk and Fork’, have been doing the rounds since 2001 and its current members are enjoying the outings more than ever.

Sue Booth started the group which really only has a couple of rules.  Apparently, you need to enjoy a good laugh and the occasional glass of wine, sensibly consumed of course.

While Sue is no longer a regular walker, the foundations of why the group was formed has remained unchanged.

“We really are just a group of women who love a walk, more like a stroll these days, and who enjoy a conversation at the same time,” said long-time member Carol Lennard.

As time has gone by and members have gotten a little older, the group has a secondary group called Catch Us for Coffee for those who no longer want to tread the pavement.

“We meet for coffee once a week and of course a chat, it is just good to meet up,” friend and fellow member Andrea Winter said.

Lesley Barry is the coordinator who helps determine where the group of around 18 women will wander.

Some are local walks and at other times, the group meets in the IGA car park and does a car pool to a venue.

Once a year they try a weekend trip and have been to places like Sydney, Gloucester and the Central Coast.

Sadly, those plans were cancelled this year due to covid.

Locally, Andrea said her favourite walk was one she called ‘the three bridges”.

The walks vary between five and 10 kilometres and depending if they stay for lunch, can easily fill half a day.

For Carol, the decision to join the group is one of the best ones she says she has made.

“When I retired, I didn’t seem to do anything for two years, I just fiddled and tidied up my photo albums,” Carol said.

“I always wanted to join a walking group and a friend, Hope Hardy, suggested I come along.

“It has made my retirement so much better; it is so much fun, not one single girl is hard to get along with.

While it is much of a closed group, Carol and Andrea encourage anyone to take up the Walk, Talk Ford philosophy.

Just gather a few friends to together and start walking.