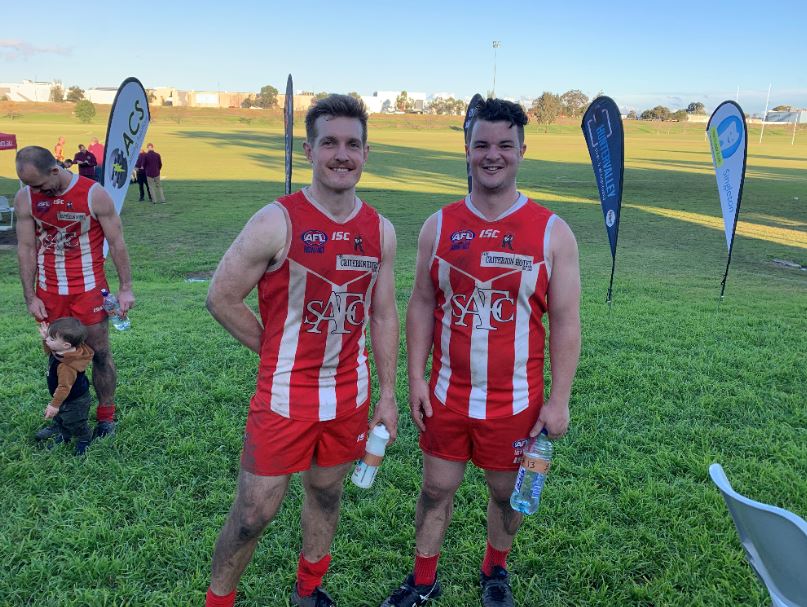 Singleton Rooster Cameron White celebrated his first win as senior captain on Saturday against a fast finishing Cardiff 10.9 (69) to 10.5 (65).

Prior to the match, playing coach Jed Ellis Cluff and current captain Alex Mitchell announced the permanent leadership appointment to the surprise of the ball winner.

“It was good to get a nice tight win and a pretty even effort across the board really,” White told The Hunter River Times.

“It was good to get a bogey off the back after losing a few in previous years (as acting captain).

“It (the appointment) also came as a surprise; I didn’t know it was happening until they called me out before the game.”

Mitchell, a winner of the Granland Medal in 2016, would guide the Roosters from a shaky 3-7 start to a preliminary final finish in his first season as captain in 2019.

He would also poll 11 Davey medal votes to combine for 31 with his coach Andrew Scott (who won the medal).

“I just made the call during the week and it was the right thing to do for the club,” Mitchell explained.

“As much as I’d like to be captain of this footy club I can’t come to training due to work commitments so this was the right thing to do.”

Teenager Isaac Barry starred from start to finish this afternoon while Ellis Cluff also proved accurate in front of goal in what would go down as the AFL Hunter Central Coast’s match of the round.

“Interestingly, he takes longer going for goal than Chis (previous coach Andrew Scott) does teeing off on the golf course.”

The Roosters will now play Wyong Lakes across both grades while the Roosterettes will play host to Wallsend-West Newcastle following their three-point defeat to Lake Macquarie.