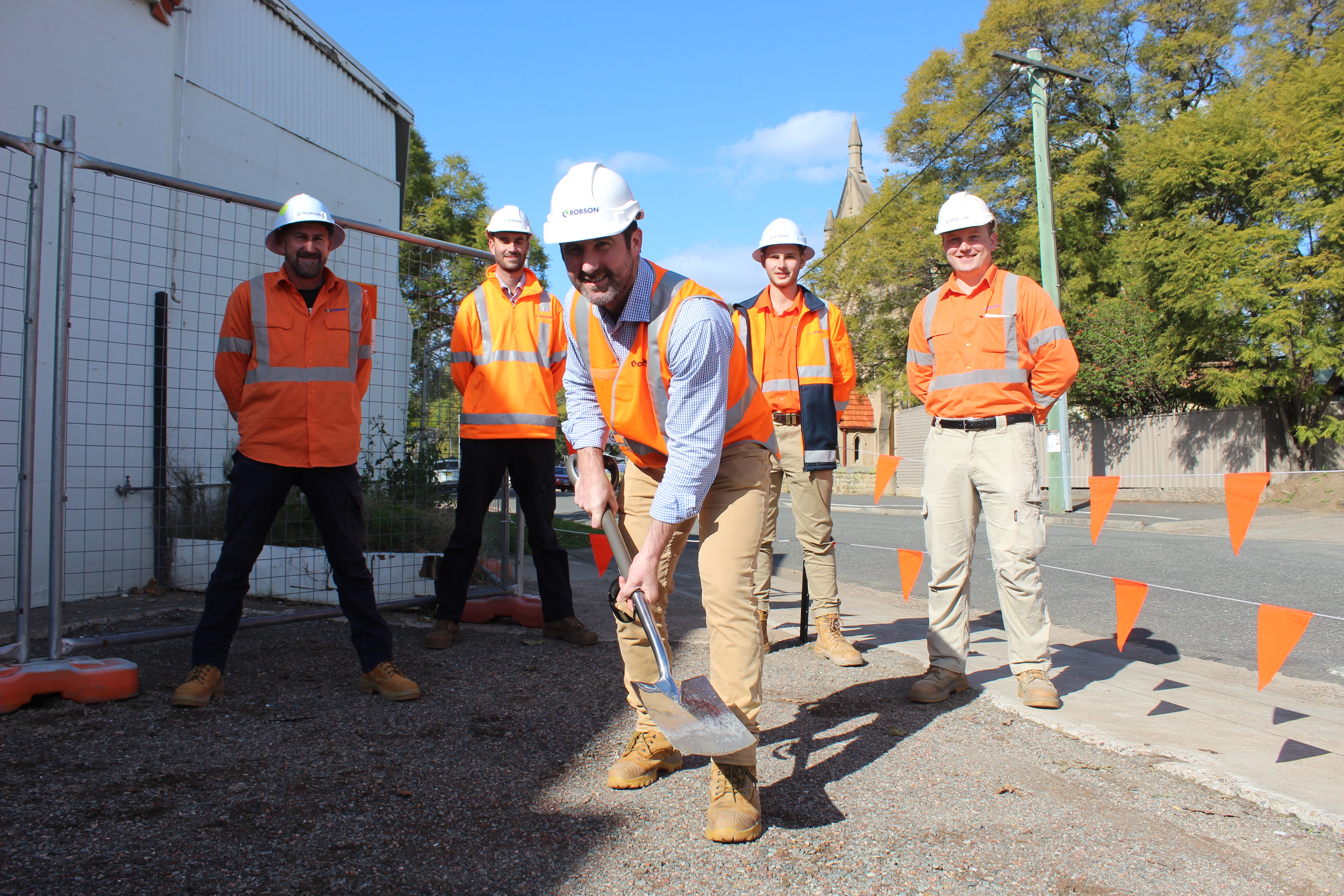 Four trees will be felled this week and another nine are on the chopping block over the next month as the upgrade to the northern end of Singleton’s main street gets underway.

It will be the first physical sign of the $7 million project that will see disruption to this section of the town centre but if project manager Brent Matthews has anything to do with it, this disruption will be kept to the absolute minimum.

“This section of road is heavily used, especially around school drop off and pick ups, we are very mindful of that, part of the challenge is to maintain traffic flow while we carry out the work and we have given this great consideration in the overall plan of works,” Mr Matthews said.

He and other staff from Robson Civil Projects have pounded the pavement in John Street over the past month to ensure the business owners and residents in the affected area are fully aware of what is happening.

There is also signage outside the former Sutton Ford site on the corner of Elizabeth and John Street that provides information on the finer detail of the project.

Among the first steps is a requirement by Energy Australia to install tiger tails on the low voltage lines between Elizabeth Street and Campbell Street  and to run a new high voltage cable to a temporary substation to be constructed in Baileys Union Park.

The power supply will be placed underground over the coming two months.

The paving on the footpath will be removed but this will happen in stages to ensure pedestrian access is maintained throughout the project.

He added that the pedestrian direction fencing was only 1.2m high allowing full visibility of shop fronts.

“We also intend to support local businesses where we can, we are getting our printing done at Inkspot and we are hoping to use some local tradies as much as possible for components of the work,” he said.

The project is anticipated to take 12 months to complete and is funded equally by the NSW Government’s Resources for Regions program and Singleton Council.