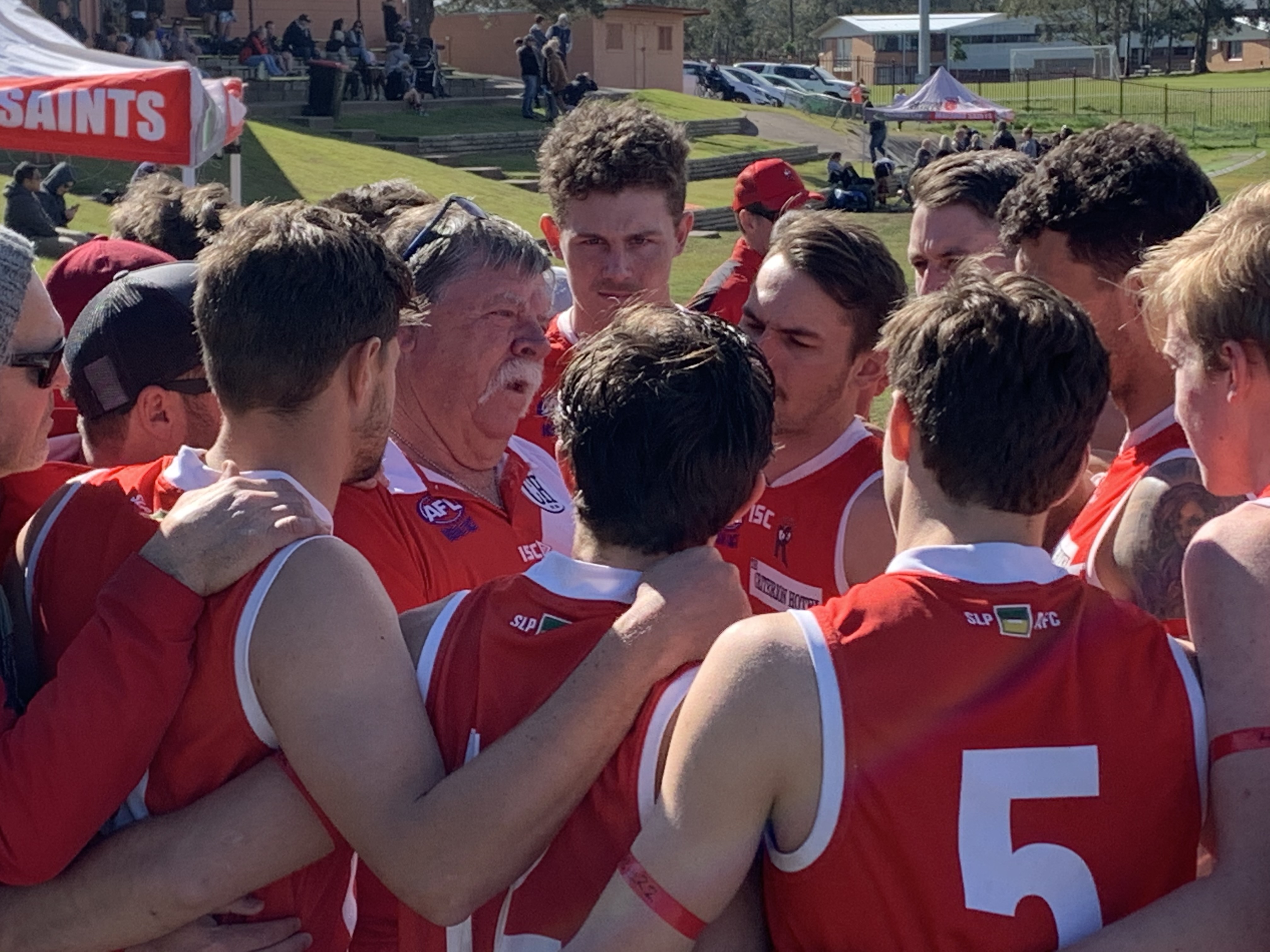 A win for Bryan’s birthday

Nevertheless, the stalwart would go onto to inspire the Roosters to a 61-point victory over archrival Maitland on Saturday thanks to an emotional pre-game speech.

“For those who aren’t aware, today we play for a shield in honour of my late son Bryan who passed away five years ago,” Childs explained.

“He played juniors as well as 20 senior games and his last was against Maitland.

“So, on days like today remember to embrace the mates you’re playing on the field with.”

Davey medal contender Cameron White was the Roosters’ best on ground with four goals while Andrew Scott and Jackson Kolatchew finished with two each on return.

The trio was joined in the best players by defender Sam Howard as the visitors held the Saints to their lowest score since Round 16, 2018.

“Given it is Bryan’s 23rd birthday on the day of the game (August 22nd), this year’s clash is going to be even more special,” Howard said prior to the clash.

The Roosters will now play host to Killarney Vale this Saturday at Rose Point Park. Earlier in the morning the Roosters’ reserves side was unable to match Killarney Vale at Adelaide Street Oval.

MEANWHILE the Singleton Roosterettes remain on top of the ladder thanks to a 25-point victory over Gosford at Adock Park.