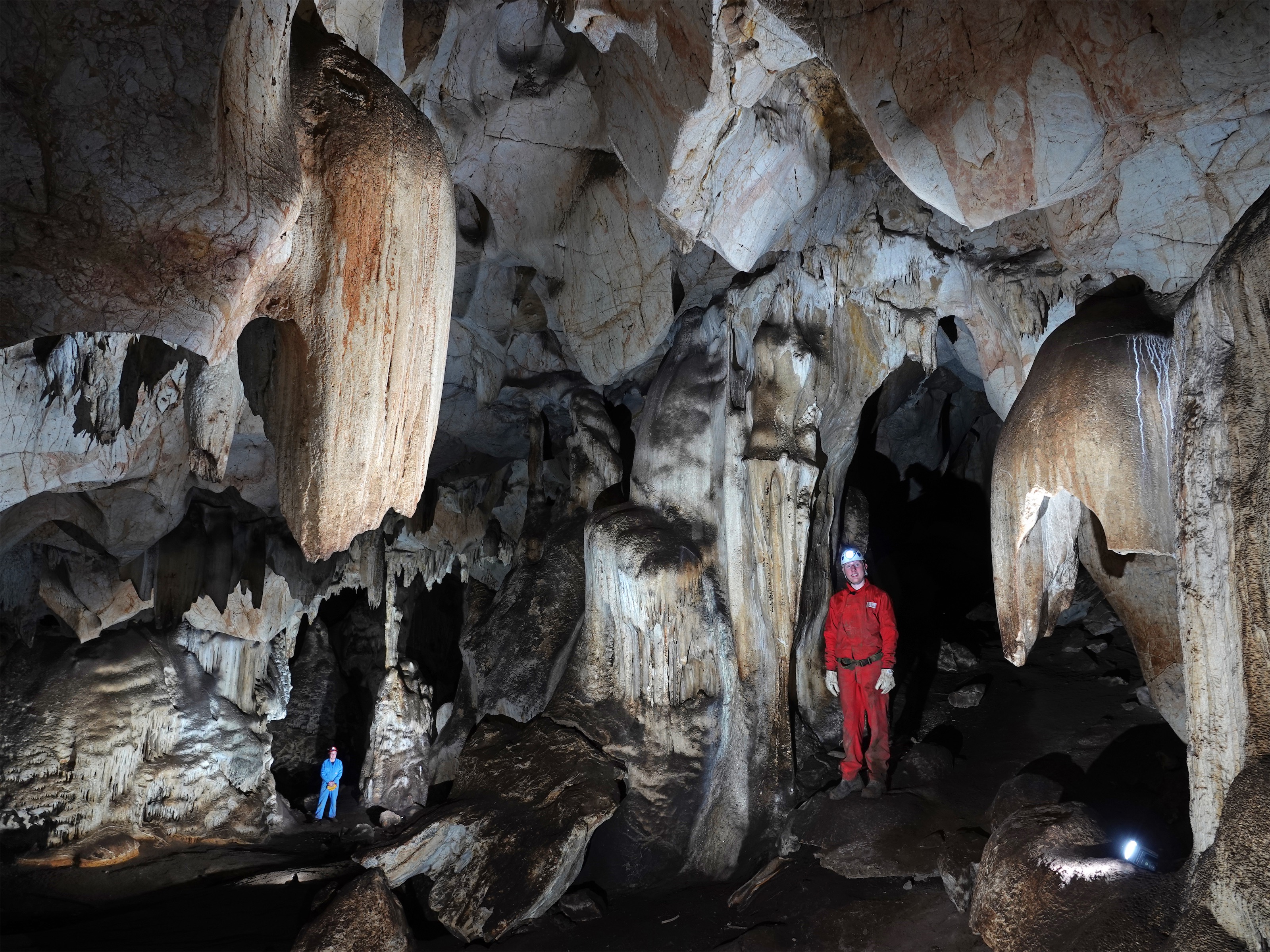 Unearthing adventure in our backyard

More and more of us are getting out and about and exploring our ‘back yard’… but what about exploring under our back yard?

The Timor Kast, roughly 45 minutes from Scone, is made up of more than 80 caves which are home to micro bats, a range of cave adapted flora and fauna, fossils and of course stunning limestone decorations which have taken many lifetimes to form.

Unlike the popular tourist caves, you won’t find creature comforts like paths, stairs, hand-rails, lighting, coffee shops or even signage or toilets at The Timor Caves Reserve.  Located along a dirt section of Isaac’s Creek road, flanked by abundant native grass trees enjoying the limestone slopes, the caves themselves are tucked away in the bush with nothing more than beaten down kangaroo tracks leading to their entrances, but the pay off when you get into the caves is worth all the effort!

Singleton local Tim Gratwick got his first taste of caving when he was just 10 years old at Wee Jasper as part of the Cub Scouts.

Thirty-five years on, he looks forward to packing up the ute and heading off with friends from his caving club to discover and explore new caves all over the countryside whenever the chance presents itself.

For Tim the enjoyment comes from conquering the physical challenges of caving, the exhilaration of abseiling down steep drops – particularly in the dark with only a headtorch for guidance, the appreciation of the natural beauty under the earth’s surface, and also the social aspect of weekends away spent in the great outdoors.  Although not for everyone, Tim is particularly fond of the micro bats that call Timor caves home, with nine species they are a vital part of the fauna in the Timor Cave system, and Tim advises visitors to ‘leave them alone’.  He warns not to touch or disturb the bat colonies or to make too much noise as it can stress them out.

The main attraction of the caves though, are beautiful limestone rock formations, stalactites, stalagmites, columns, translucent spiders, rockpools complete with inhabitants and crystals which look amazing reflecting the light of your head torch in the otherwise pitch darkness.

And then there’s the wonder of things like underground rockfall formations resultant from earthquakes many thousands of years ago that get the mind wondering about their significance in shaping the world as we currently know it and how different it might be in the future.

While a day out exploring may sound like innocent fun, there can be inherent dangers and care should be taken.  Tim and most other cavers recommend joining a caving group and benefitting from their knowledge, experience and connections.  Garry Smith, President of Newcastle and Hunter Valley Speleological Society says the absolute first thing you should do if you’d like to try caving is join a club.  Otherwise you may get lost or have an accident even trying to find the cave, and as most are in remote locations with no phone reception, you may not even be found until it’s too late.

Some of the great things about being part of a caving club is that you can access some amazing pristine, little known of caves on private property that the general public can’t.  You’re also covered by insurance in case anything does go wrong, you get use of the club gear, and you can benefit from member experience and training on ropes skills, abseiling, canyoning and so many other fun adventurous activities.  Although Garry strongly advises against exploring without an experienced group, if you do go, ensure you have a helmet, old clothes, a first aid kit, three sources of light and don’t touch the beautiful decorations in the caves – the oils from your skin can damage them and prevent further growth.  Most importantly, as with any bush adventure, tell people where you’re going and when you expect to return.