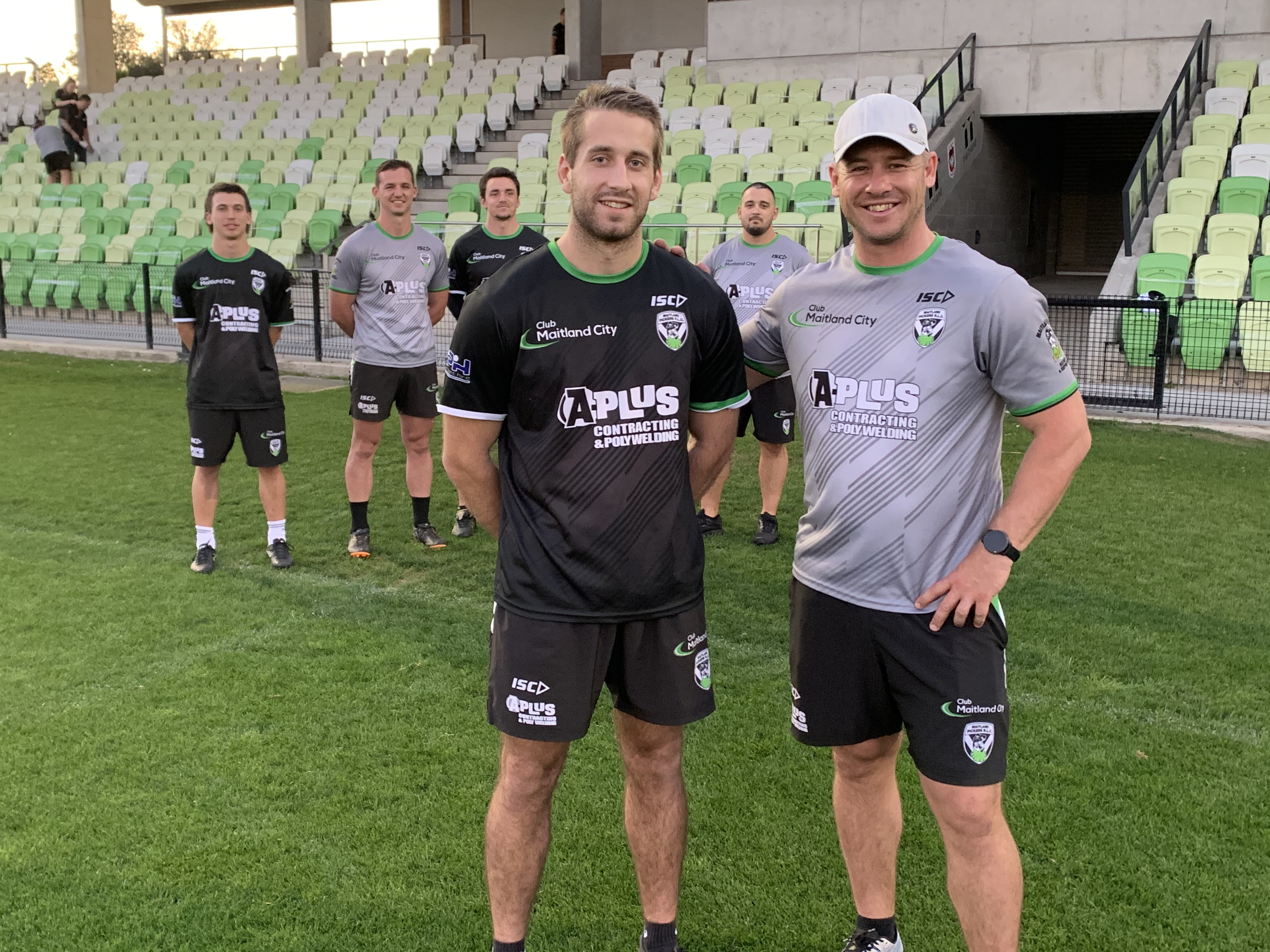 Bradley to guide Maitland to glory

The Maitland Pickers are one game away from premiership glory.

Described by commentators as the ‘best finisher in the league’, he may be the final piece to the Pickers’ premiership puzzle when they take on the Glebe Burwood Wolves in this Sunday’s inaugural grand final at Sydney’s Bankwest Stadium.

And it is hard to find a prouder figure at the club than his mentor Jye Bayley.

“Jimmy debuted under me at Singleton as a 17-year-old and I knew back then that he was talent that would need to go to Newcastle eventually,” Bayley told The Hunter River Times.

“Over the three years I coached him we became really good mates so, when I signed at Maitland last year, I guess it just made sense for him to come down with me and give it a go.”

The Pickers looked on track to make a statement in the first-grade competition under reigning Newcastle RL premiership coach, and former Greta Branxton Colt, Matt Lantry.

They would instead participate in a unique state-wide Presidents Cup competition for the 2020 season and claim the minor premiership.

“To be honest, I wasn’t too surprised,” Bayley continued.

“Matt’s not the type of coach or person to take the easy option so to think outside the square and come up with a way to play in an elite competition didn’t surprise me at all and it provided a great opportunity for the players.”

After limited game time in their opening 32-24 win over the Wentworthville Magpies, Bradley would emerge as a star of the side as the season went on.

He then scored five tries in the side’s 48-0 annihilation of Western Suburbs in Round 7 and never looked back.

Bayley proud of his men

“Watching him on the weekend playing in the semi-final, I couldn’t be prouder,” Bayley explained.

“He came up with some pretty big plays in both attack (scoring the winning try) and defence and he has grown so much as a player this year under Matt.”

Bayley, who returned to the Pickers after serving the Singleton Greyhounds as president and first grade coach, has been occupied as the club’s under-19 side featuring duo Jackson Shade and Aiden Allgood.

“When the opportunity came up to go back to the Pickers I didn’t hesitate,” Bayley continued.

“I knew it was a great club from when I played there, and I also wanted to improve as a coach.

“So, to be able to coach under Matt who has coached just under NRL level was a massive attraction.”

“You don’t need to remind Jimmy how to prepare,” he concluded.

“He’ll go above and beyond to ensure he is ready for Sunday.”