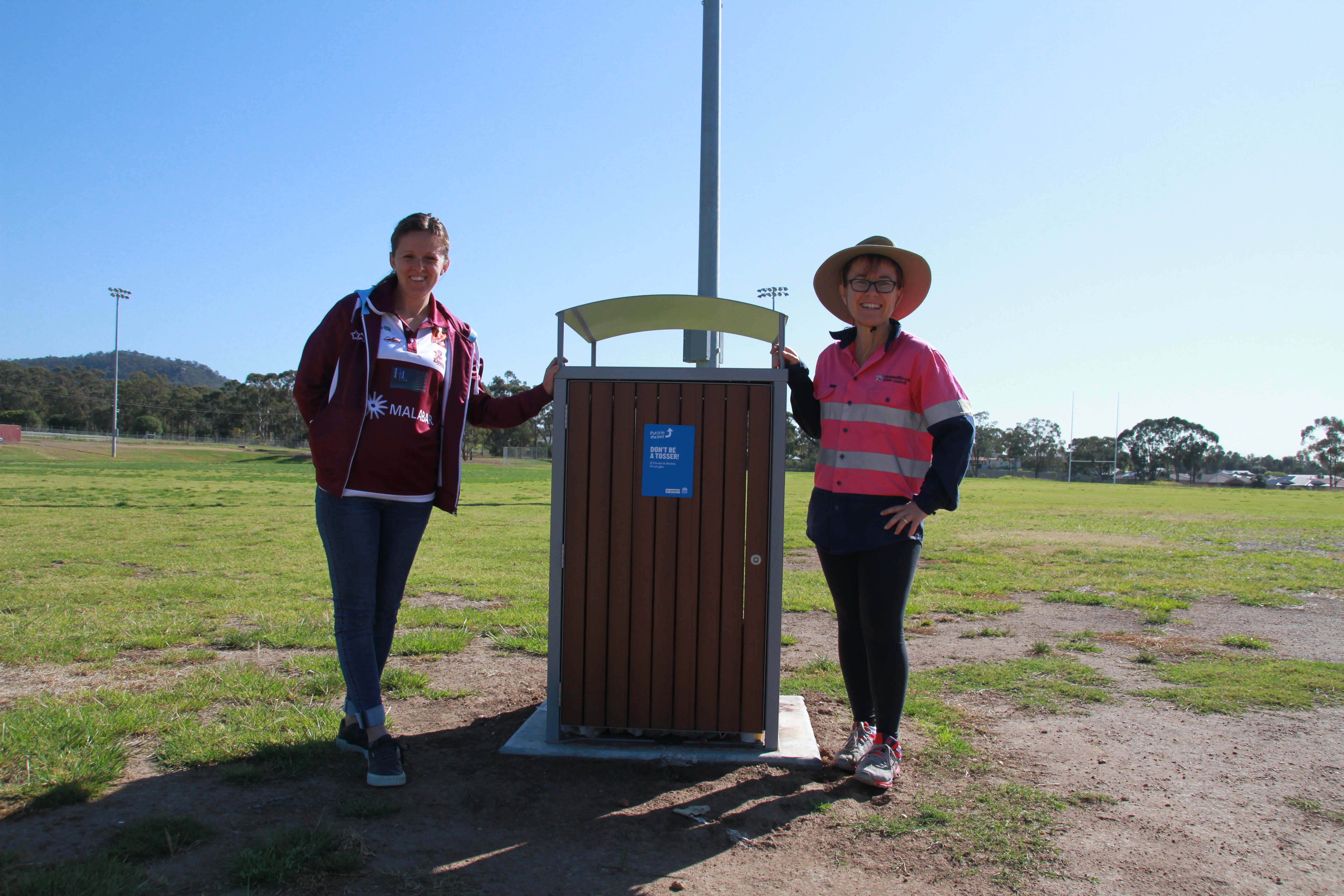 Don’t be a tosser in Denman

Denman residents are being encouraged to do a simple task – that is Don’t be a Tosser.

The Muswellbrook Shire Council Sustainability Unit have recently acquired a grant from the NSW Department of Planning, Industry and Environment to promote litter reduction in the town.

“The concept behind the campaign is to try and get the Denman community into the thinking space that littering is not normal and that if you see a piece of litter on the ground just bend down and pick it up even if you didn’t put it there,” Sustainability Officer Tracy Ward said.

Muswellbrook Shire Council was successful in their grant application and have been able to install bin enclosures and signage around town to promote the Don’t be a Tosser message.

On top of getting people to put their rubbish in the bin there is also a push to report littering and illegal dumping.

This can be done through the EPA website or on their app and offenders will be issued a fine in the mail.

“We don’t want people to think littering is ok, because it is not,” Mrs Ward said.

“Someone has to pick that litter up in the end or it ends up in our creeks and waterways.”

One of the local community groups that have stepped up the campaign is Denman Sandy Hollow Junior Rugby League.

“I think if everyone is picking up their own rubbish it is less work on volunteers, so if everyone can see a bit of paper pick it up, or don’t drop it to begin with,” Lillian Hagan, club secretary said.

“I just think that it will be less work on volunteers if we aren’t having to spend an hour at the end of the day picking up peoples rubbish.”