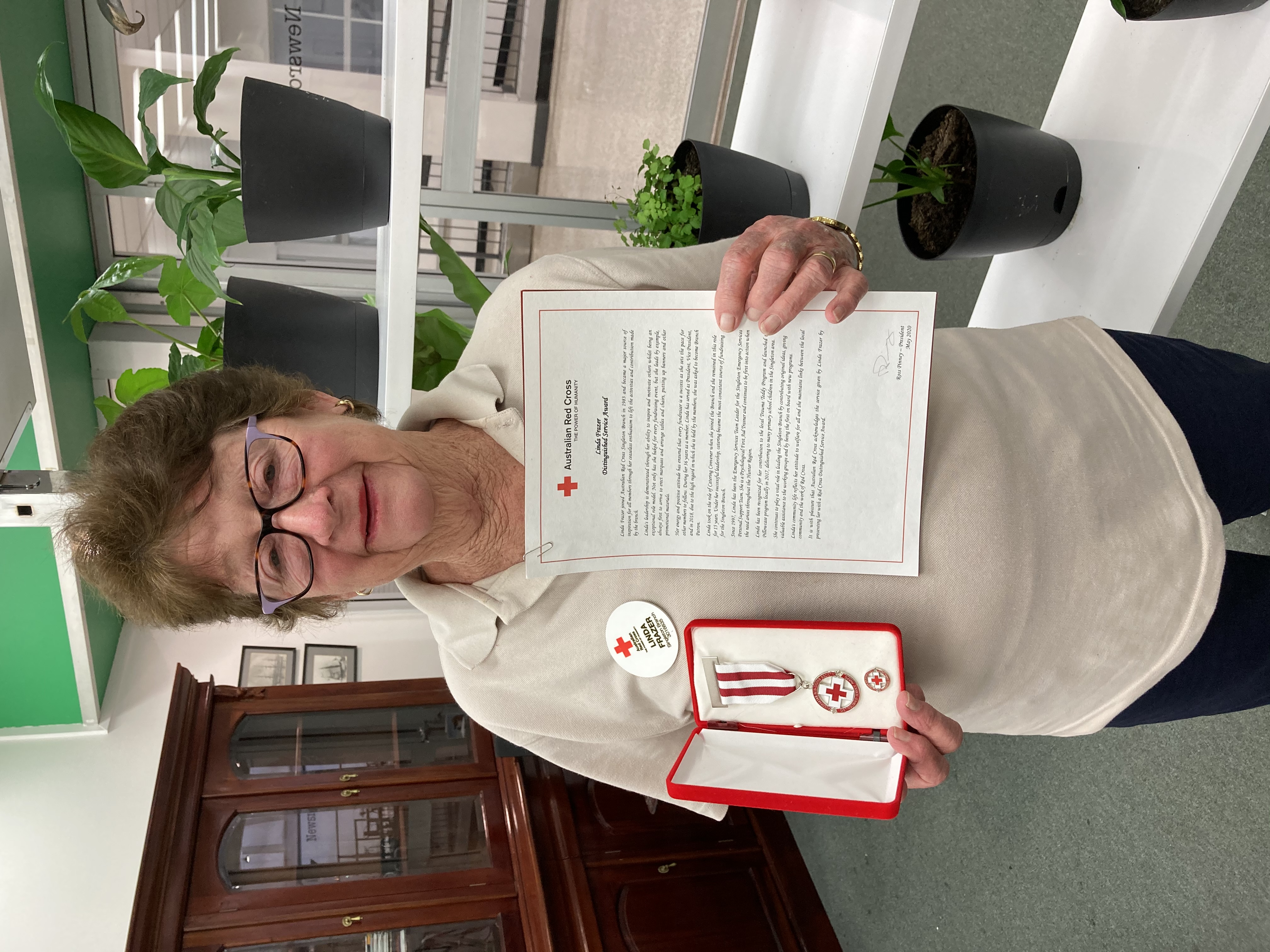 Linda Frazer, well known in the Upper Hunter for her work with Red Cross, has been honoured with a Distinguished Service Award from the organisation.

One of the highest awards within the Red Cross organisation has found its way to Singleton and there could not be a more deserving recipient than Linda Frazer who has flown the Red Cross flag for more than 36 years.

Traditionally, awards of this calibre are presented at a function in Sydney but this is not to be this year because of covid.

Instead, Linda received the award in the post and was widely congratulated by Singleton branch members when they met last week.

“On behalf of the NSW Awards Committee we congratulate Linda on this wonderful award that recognises her important work for Australian Red Cross and her contribution to this great humanitarian organisation,” Mrs Simpson said.

Linda first joined the Singleton branch in 1983 and has held various executive positions including that of president.

In 2018 she was made patron of the Singleton branch, but it is her enthusiasm that is key to motivate and inspire others to support the organisation’s work.

Her citation read: “Linda’s leadership is demonstrated through her ability to inspire and motivate others whilst being an exceptional role model.  Not only has she baked for every fundraising event, but she leads by example, always first to arrive to erect marquees and arrange tables and chairs, putting up banners and other promotional materials.”

Since 1997, Linda has been the Emergency Services Team Leader for the Singleton Emergency Services Personal Support Team.  She is a psychological first aid trainer and continues to be first into action when the need arises throughout the Hunter Region.

Linda was humbled by the award but added quickly that no one who volunteered for Red Cross did it for the recognition. She is extremely passionate about the principles of Red Cross which aims to relieve human suffering throughout the world without bias.