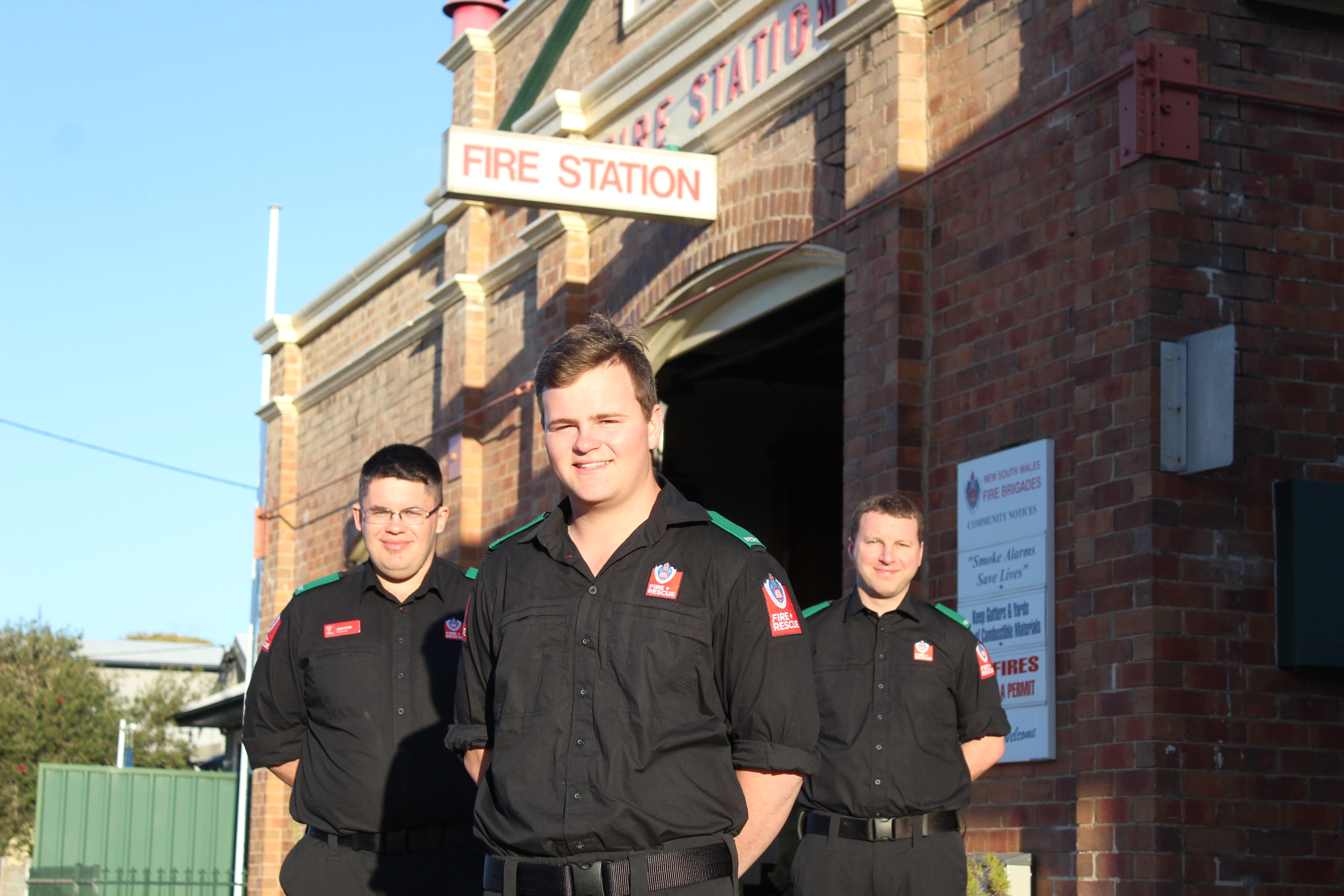 The Singleton Fire and Rescue crew have welcomed three new faces to their station this year.

Deputy captain Joe Adamthwaite has already praised his new additions Beau Merrick, John Robb and Lewis Webber for their efforts throughout the past few months.

“They have already gained skills in firefighting, HAZMAT, basic life support and a wide range of other skills to serve the community,” he told The Hunter River Times.

“As their firefighting career progresses, they will gain further skills such as General Rescue and driving the fire appliance under operational conditions.”

In recent years, Beau Merrick has been able to emulate many of his father’s accolades on the rugby field.

Much like his father Steve, Beau has played representative rugby with the Singleton Bulls, Newcastle Wildfires and NSW Country.

Now he hopes to make another family member proud.

“I have always thought I would try and join the fire brigade as one of my major influences was my pop (Robbie),” Merrick explained.

“He was a member and captain of 444 for a long period of time I guess the stories he and my dad would tell me about the times they had and being a part of the fire brigade family helped make my decision.

“I also thought it would be nice to carry on the tradition and also give back and contribute to our town as well.”

John Robb and his family have moved from Port Hedland, Western Australia where he served his community as a volunteer fire fighter for DFES Fire and Rescue and officer for St John Ambulance.

He wanted to continue to serve his community.

“Firefighting isn’t just putting out a fire, we are trained on all aspects of fire and rescue,” Robb explained.

“This includes but not limited to all forms of fire, HAZMAT, basic life support, MVA’s, other forms of rescue, assisting other agencies and community engagement.

“This involves continuous training to be up to date and trained to ensure you can safely and correctly execute your role and ensure you’re in the right mind set.”

Chemical engineer Lewis Webber has joined the Singleton Fire and Rescue family from the Central Coast.

Like Merrick, he has been inspired by a family link.

“The idea to join originated from my dad’s service with FRNSW and my own experience seeing the damage fire can cause,” he concluded.

These new additions to the station bring the brigade’s numbers up to a full strength of 16.