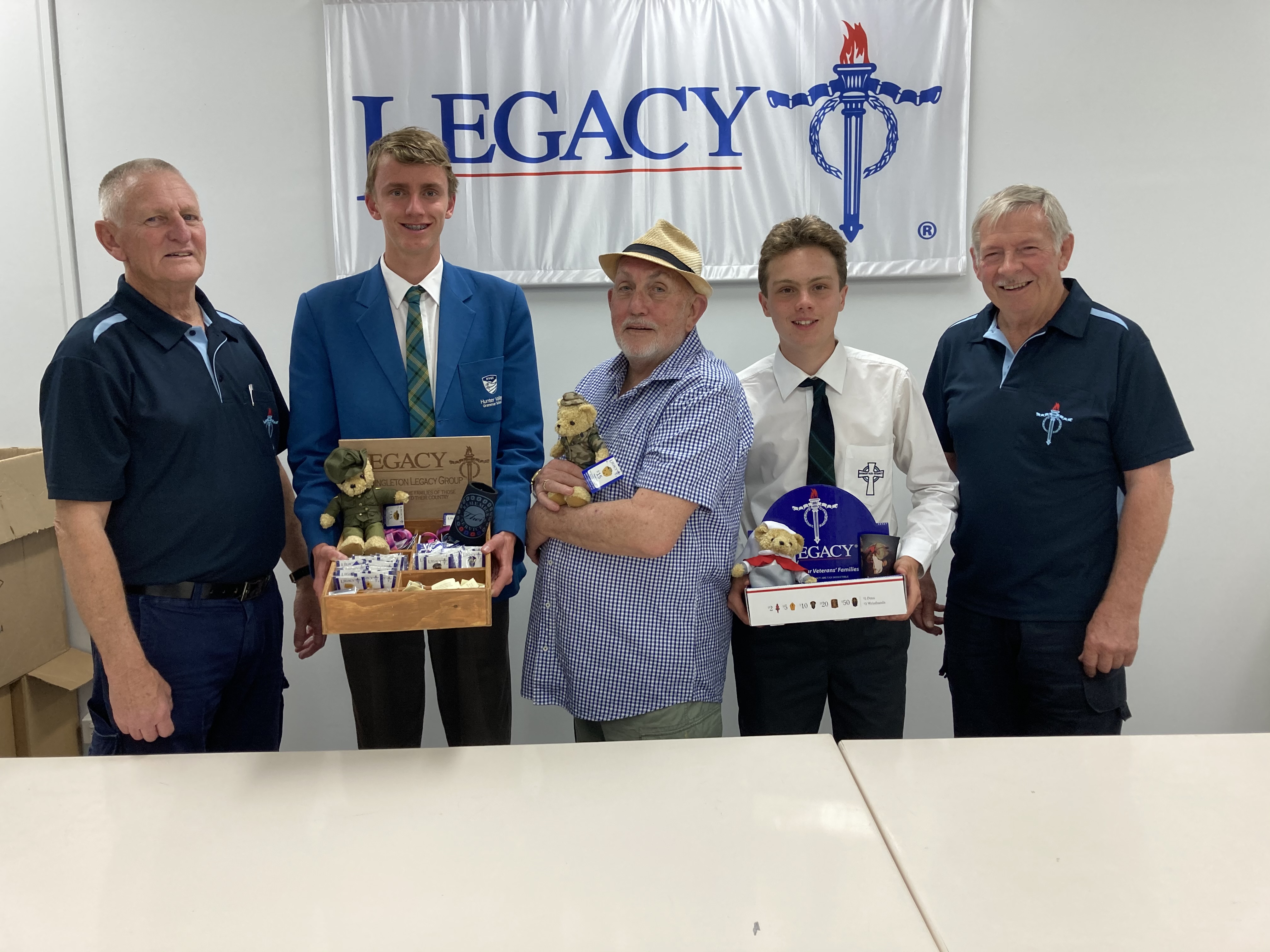 Lachlan Fleming and Liam Byrne had a fundraising target of $500 for their Legacy door knock in Singleton earlier this month.

Pleasingly, they more than doubled the figure raising $1200 on their own and when Dolly’s Charity Shop agreed to match the amount dollar for dollar, the pair are rightly proud to say their efforts brought in $2400 for the organisation.

The money will go to the children that Singleton Legacy group support in Singleton and the boys are really happy they were able to make a difference.

Liam took part in the door knock last year, quietly influenced by his parents.  His mother is a member of the Australian Army and his father was also in the Army but has since discharged.

This year Lachlan joined Liam’s door knock, the boys are good friends and while they attend different schools, Lachlan Hunter Valley Grammar and Liam St Catherine’s Catholic College, they spend time together competing on the soccer field and in the pool.

It seemed only right they should join forces for Legacy.

They door knocked around Singleton Heights and Liam said the community seemed to be more generous this year.

“We had a target of $500 and we decided to approach Dolly’s Charity Store to support our cause and because the funds were going to the children of Legacy, the committee pledged its support and we really thank them for that,” Liam said.

Legacy president Warren Barnes OAM was impressed with the boys’ efforts and thanked them for supporting the annual Legacy appeal.

“The ladies would really like to have a day out so this money will go towards that,” Mr Barnes said.

He thanked the broader Singleton community for their support during the Legacy appeal.  Mr Barnes said he was predicting the funds would be down on previous years because covid had restricted involvement of the Legatees and school students.

Fortunately that wasn’t the case with the group exceeding their $20,000 target.