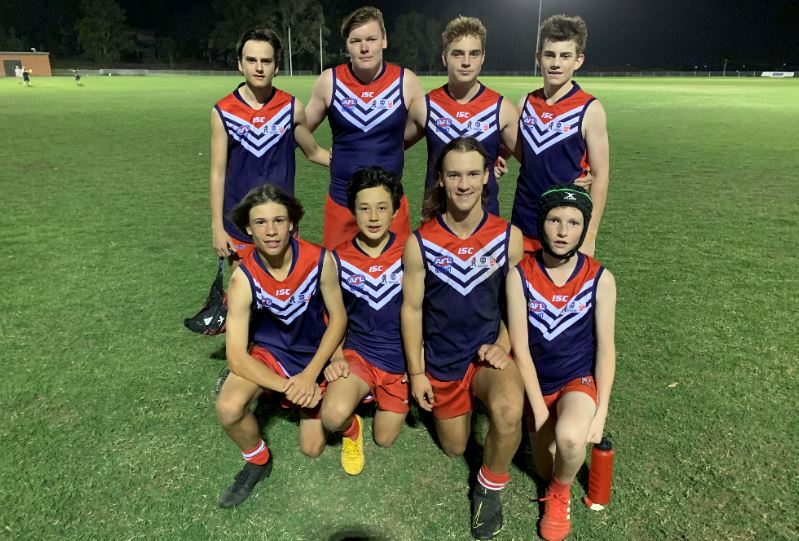 Singleton’s local AFL junior success continued under lights at Maitland last Thursday when the Warriors celebrated a 36-point victory in the under-15 clash.

“It was a tough first half, but you boys pushed through and now we’re on top of the ladder,” Warriors coach Aaron Ford told his boys.

The Warriors have since celebrated another whopping 99-point win over the Northern Sharks and will now aim for a 10-0 record when they travel to play Northern Lakes for their final home and away match this Sunday (10:30am).

Octet Alex Stafa, Seth Kolotchew, Steven Dedini, Dorian Thornberry, Rywin Nock, Reagan Spicer, Chris Almond and Nathan Duff are the Singleton Roosters to feature in the side which is a joint venture with Lake Macquarie and Wallsend West Newcastle.

The Singleton Youth Girls (under-13) also remain undefeated thanks to their 66-point win over Newcastle City on Sunday.

Amalie Ford, daughter of Aaron, kicked her first goal for the side (as did Macey Neyland from the under-11 side).