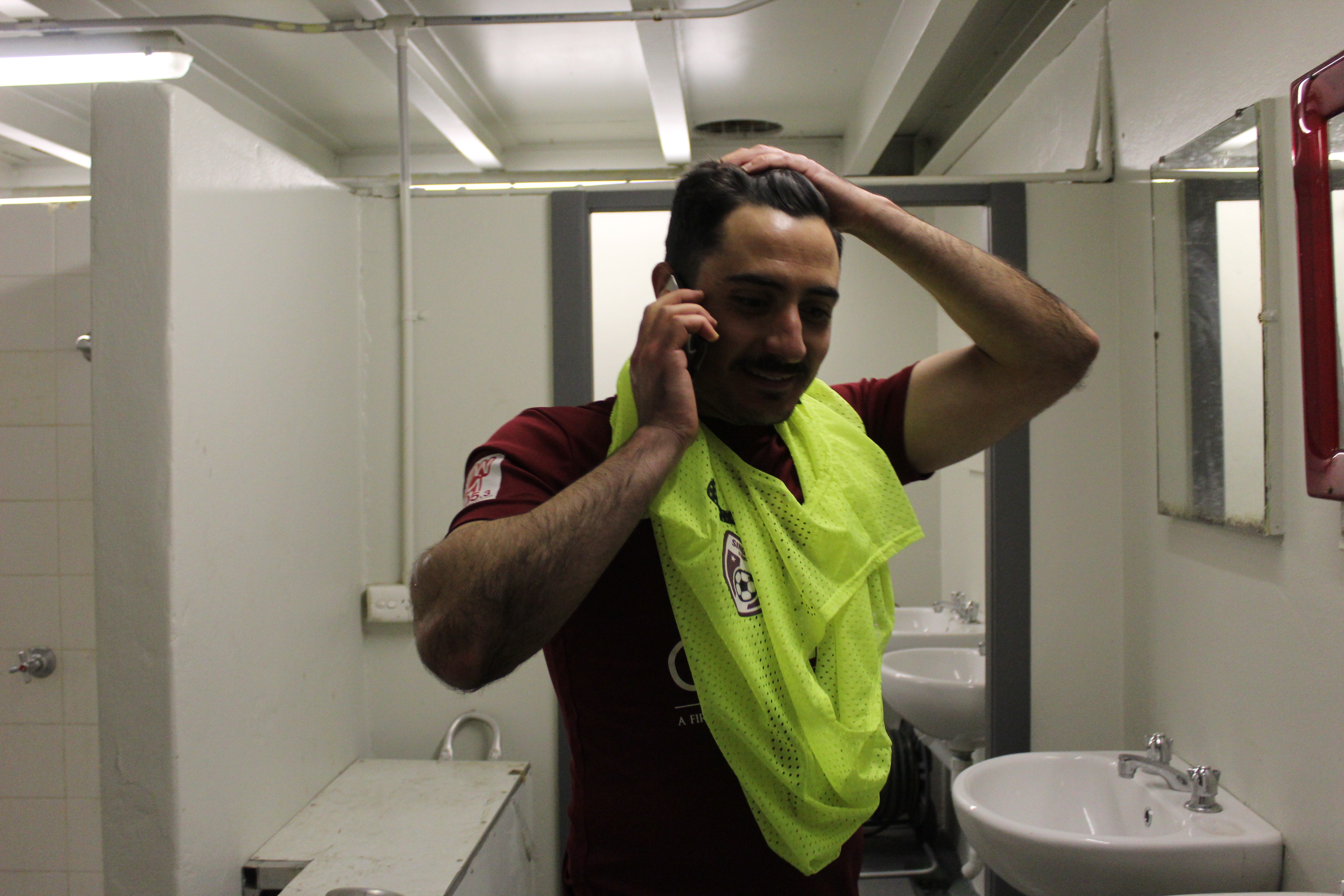 Sing it loud, sing it proud

It was the phone call almost two decades in the making.

Silenced echoed between the walls of the Singleton Strikers’ changeroom as Joseph Civello dialled his club secretary’s phone number in Round 14.

“After 16 years it is time to sing it loud and sing it proud.”

The Strikers had just captured a 3-1 win after trailing Toronto-Awaba 0-1 at the main break before at vocal crowd at Lyall Peacock Field (Toronto).

More importantly, the Strikers had secured a spot in their first finals series since 2004.

“We played the semi-final at Beresfield and I get goosebumps just thinking about it,” Gillespie told The Hunter River Times that morning.

“As we walked out of the tunnel there was just a sea of maroon and white and busses of supporters from Singleton.

“They scored early and then we scored with eight minutes to go but, unfortunately, they got the golden goal.”

Few have sacrificed as much time for a single sporting organisation than Gillespie has for the Strikers. He even featured on the bench as a teenager in the club’s famous 1992 premiership (a 1-0 victory against Stockton) and, as his career went on, knocked back offers from clubs such as Broadmeadow Macedonia.