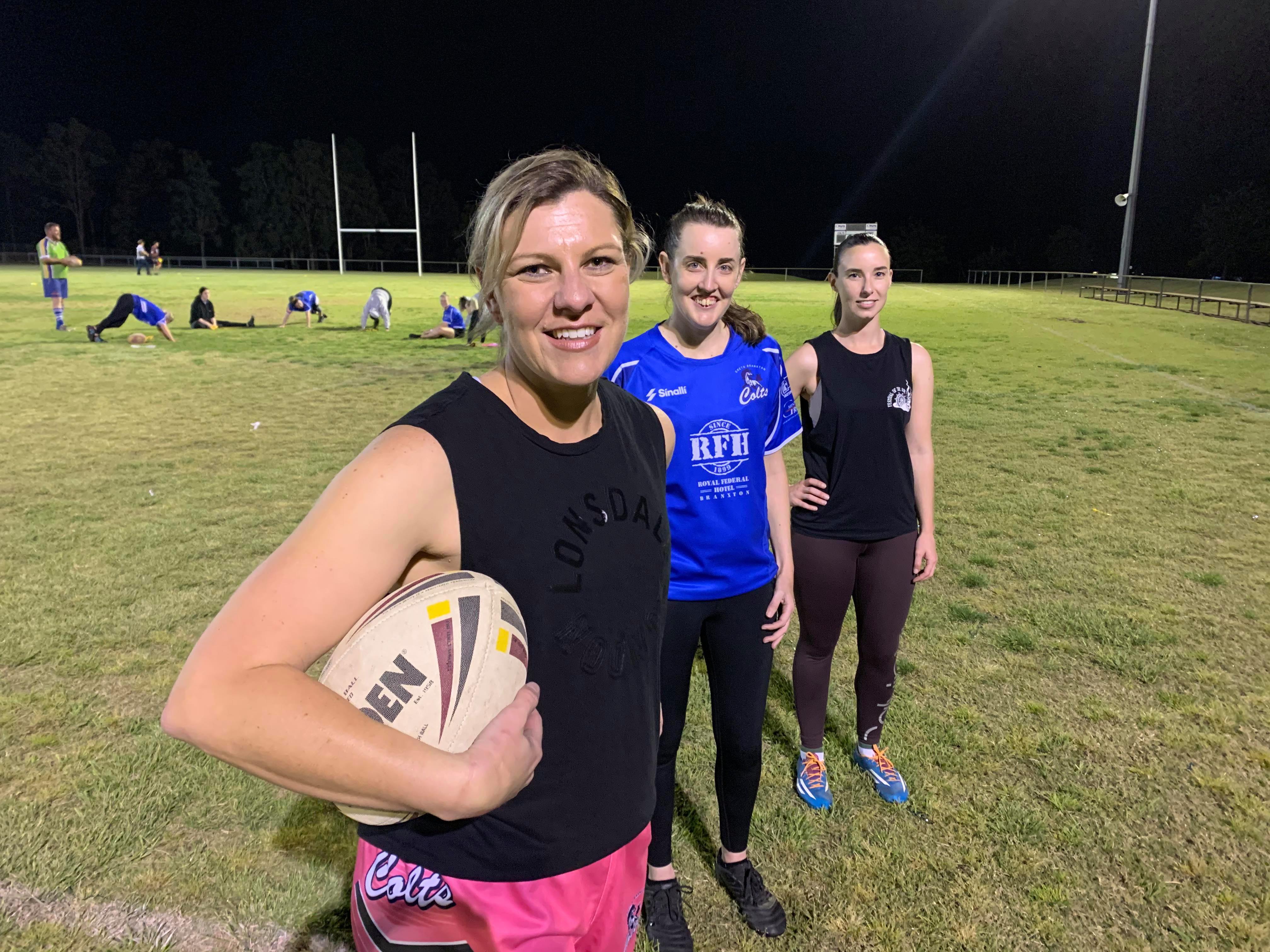 Back to the finals

They thought that their season had come to an end.

As the final whistle sounded on Greta-Branxton’s final round 30-0 defeat to Fingal Bay, the Colts had completed their first year in the Newcastle and Hunter Ladies League Tag competition.

Or so they thought.

“We actually thought that was it and then we found out by finishing sixth we are in the finals,” coach Alex Kowalski explained.

This Saturday, his line-up will play off against ladder leader Aberglassyn in the semi-final at Waratah Oval (9:30am).

The Ants, who have only lost one game, have a points differential of 380 (for) and only 14 against.

Kowalski’s women meanwhile have only celebrated an 18-10 win over Hamilton while their points differential saw them score 26 (for) and 264 (against).

However, Greta-Branxton captain Carissa Norton believes this weekend’s finals’ appearance is a reward for their past 18 months on the training track.

“We thought we were out but now we have made it to the finals and, given our girls did not end up playing last year, this has proven to be a reward for the hard work,” she explained.

“Alex has done a great job as coach; we’re all honoured to have him as our mentor.

“And Dani Messenger, she drove the team to keep training and she has kept training with us all year despite being unable to play on Saturday’s.”

Greta-Branxton will hold the underdog tag this weekend after suffering a 58-0 defeat to the Ants when they met in Round 7 this year.

“A lot of the Aberglassyn girls did play for the Colts a few years ago and they have moved their team to Aberglassyn,” Norton concluded.

“They are a dedicated team; they work hard and they are the benchmark of the competition so it will be a great game.”