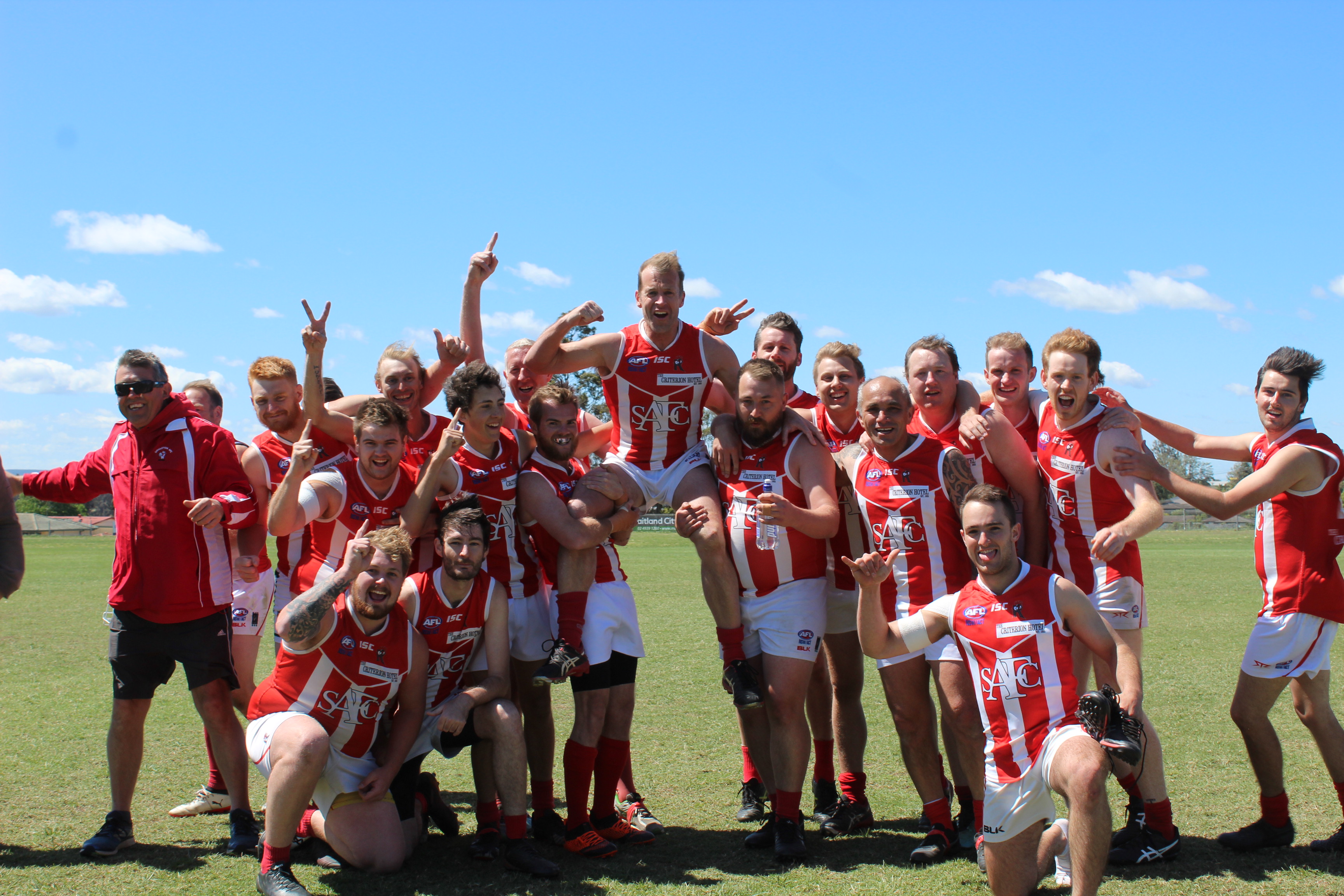 Singleton’s second grade men’s side pulled off a win for the ages last week.

In their final match of the season, the Roosters came from behind to hold off archrival Maitland by a single point.

Fittingly, club legend and premiership player Travis Bates would be the catalyst for the win by kicking the sealer in his final reserves match.

A link of five contested handballs from the centre circle would land in the hands of the 42-year-old and the rest, as they say, was history.

Bates would play on the following week with his son Jesse in the first-grade clash.

Will the duo now both play in their first final together?

We will find out in the next 24 hours.