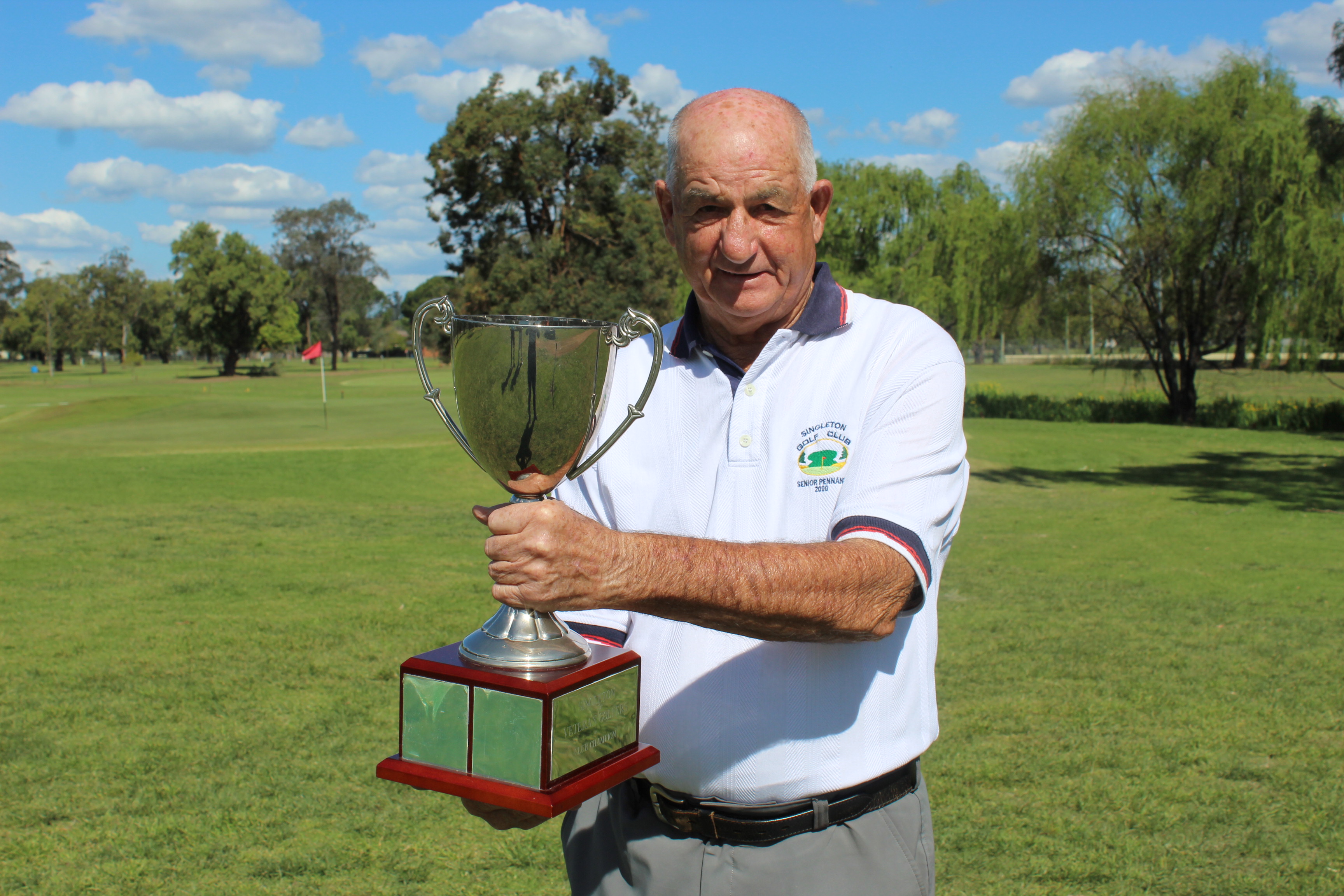 Yet he did not want to make a fuss.

“I guess my story is simple, I tried every other sport but golf was the only one I was good at,” he laughed moments after receiving the trophy.

Last year, Peters was absent from the championship round due to other commitments playing in a super senior’s match.

This allowed the late Brett Sterritt to claim his second crown in 2019.

Peters is known to today’s young athletes as the grandfather of Hobart Hurricanes WBBL star Maisy Gibson. However, the spotlight was on him throughout the day around a golf club which he has proudly called home since 1963.

“I was happy with 77 each round because that was one away from my age,” he concluded.