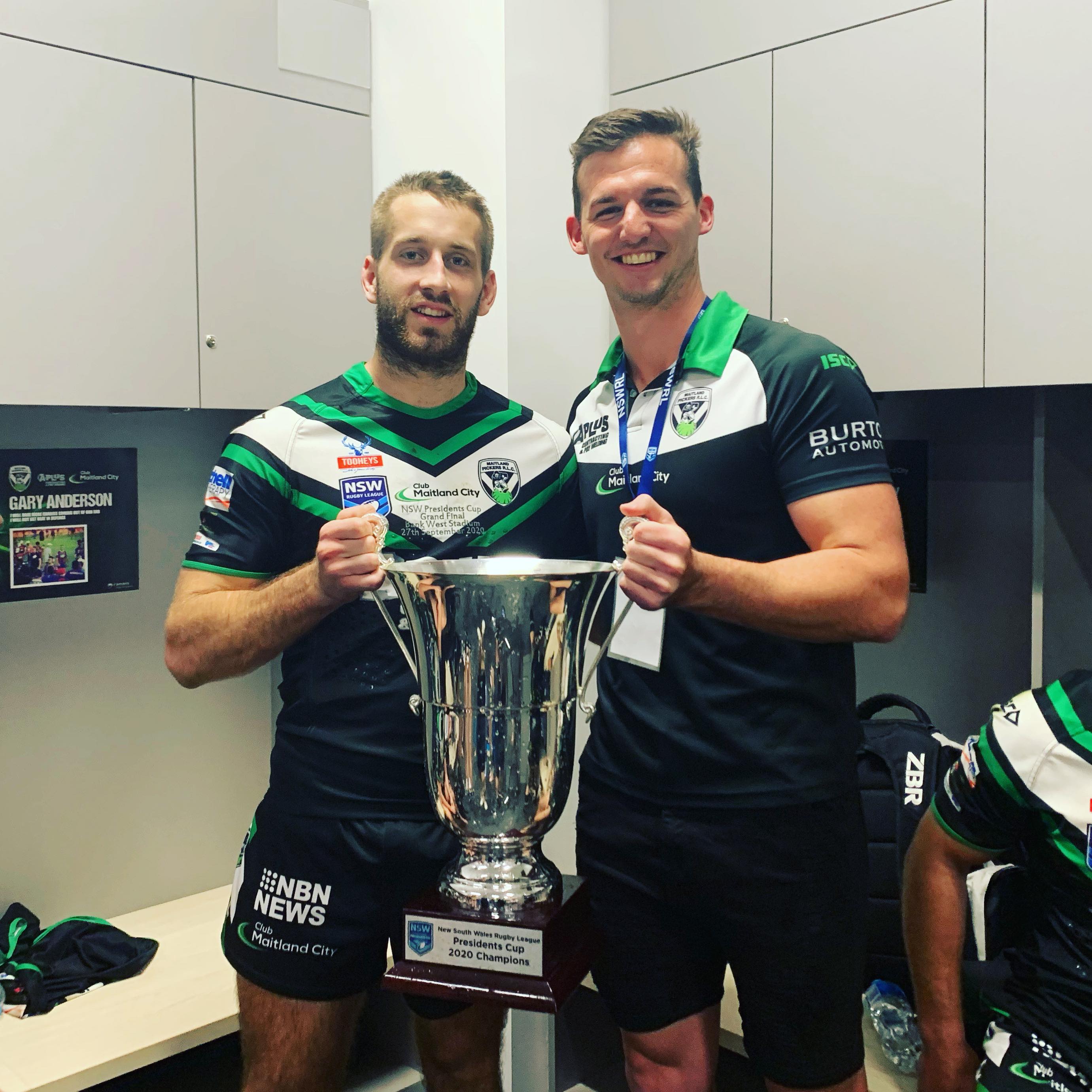 James Bradley has scored the opening try of many games in his career.

As a junior he honed his craft on the fields of Cook Park before excelling as a Singleton Greyhounds crowd favourite at Pirtek Park in recent years.

Last week he made history when scoring the opening try of the Pickers’ historic NSW Presidents Cup grand final victory against the Glebe Burwood Wolves.

“He started on the wing and scored the first try of the game coming out of know where to get on the end of a grubber surrounded by four Glebe players.

“He defended well, got moved to fullback in the second half when our fullback went off injured and had the final touch of the game to clean up a kick and run the ball out after the siren.”

Moody, a fellow Singleton sporting identity, rushed to the field moments after the final whistle to celebrate the thrilling 17-16 grand final victory.

“As soon as the final whistle went I ran out onto the field to hug all the boys and I eventually got to Jimmy and it was a great feeling to hug and celebrate with him,” he added.

Pickers coach Matt Lantry also holds a connection with the Upper Hunter following his successful era with the Greta-Branxton Colts.

“Once we were back in the sheds, I think it took a bit to really sink in what we had just achieved,” Moody concluded.

“The message before the game was to understand the magnitude of the situation but not to let it over awe us.

“No Maitland side ever has competed in or won a comp based within Sydney, so to win it would create history and we as a team would be bonded together for a lifetime.

“So post-match he said how proud he was as a coach of the players and staff for what we had achieved throughout the season, the joy we had brought to the community but to also be grateful for all the supporters who travelled down to watch.”