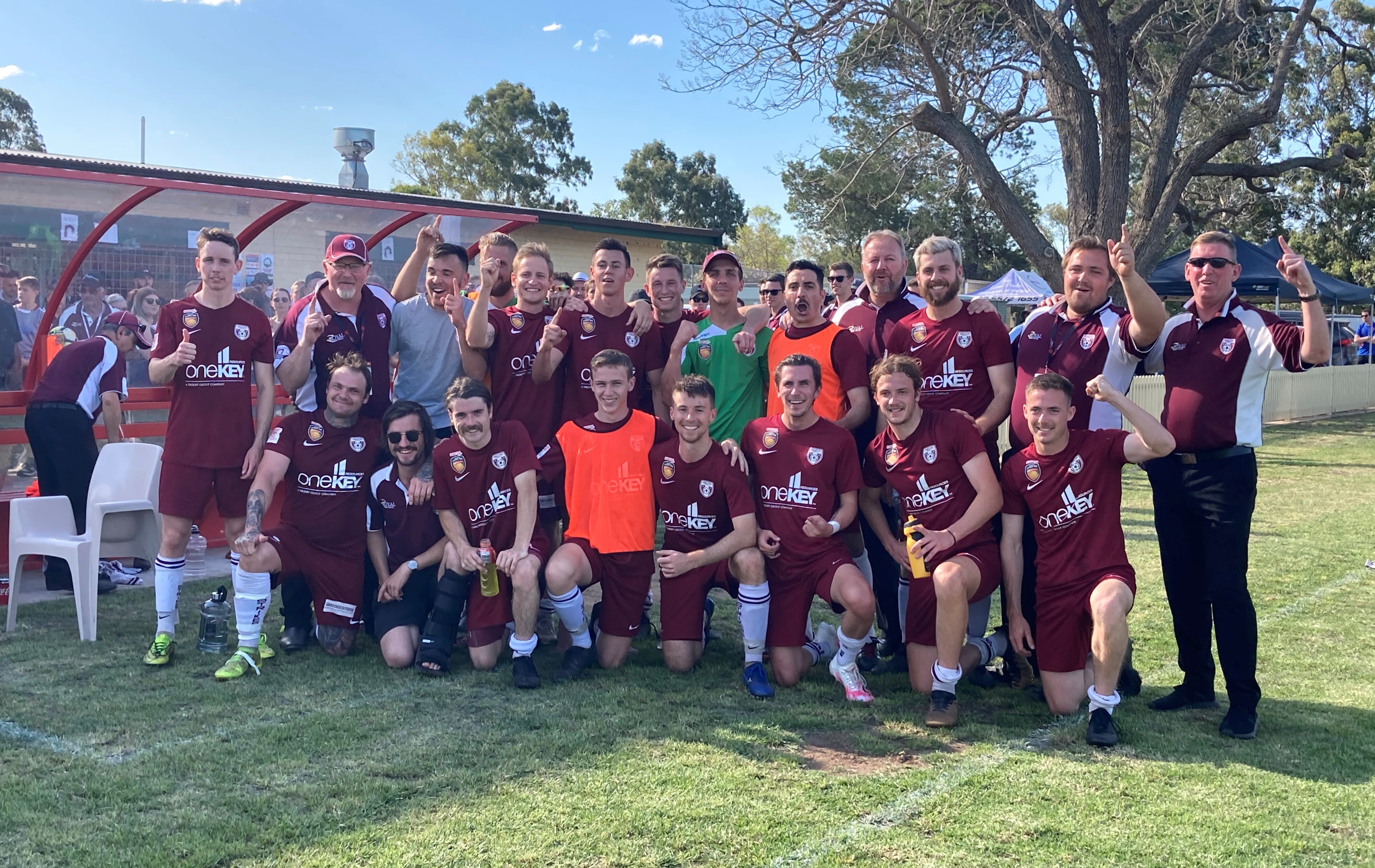 A grand final 28 years in the making

The drought is over.

For the first time in 28 years the Singleton Strikers will be playing in the Northern League One grand final.

And you could not have found a happier duo than senior club president Todd Geddes and club secretary Warren Gillespie moments after their men captured a 4-0 semi-final win against minor premier New Lambton on Sunday.

“I just dropped to my knees and sort of put my hands to my face and it just didn’t feel real,” Geddes told The Hunter River Times.

“I was just so happy for the boys and Brendan (Slade) and the club.

“I was expecting a really tight battle but credit to the boys, our defence has been rock-solid all year.”

The Strikers finished the regular season with an 8-4-2 record (8-3-1 since the competition returned in July) and only conceded 14 goals.

They then annihilated New Lambton with goals to Lachlan Nicol, Tristan Muir, Bowen Bagnall and Joel Barner five days ago.

“I was sitting right on the far end of the bench and even at 4-0 I still didn’t believe we were going to make the grand final,” Gillespie added.

“When the final whistle went, I just put my head in my hands and I admit I shed a few tears and had a quiet second to myself.

“I looked over and saw Todd was on his knees and his hands were in the air, we stood up and hugged and said you bloody beauty (a few expletives) so I just had tears of joy for all the work.”

The Strikers will enjoy a rest this weekend and prepare for the season decider to be held at Magic Stadium on Saturday, October 31 (5pm start).

They will play the winner of this Saturday’s preliminary final between New Lambton and Cooks Hill at Arthur Edden Oval (2:30pm).

“We will be doing this for Warren and doing it for the club,” Geddes explained.

“What he has done for this club, I cannot put into words and his 20 years as club secretary; no one will ever beat that.”

Gillespie hopes his line-up can claim the title for his mate in return.

“Todd is a very passionate man about the football club, he has done 11 years as president over two stints and coached first grade and is a good strong leader,” he concluded. “We make a pretty good team; he is a good guy and I’m just glad he is part of our club and no one else’s.”