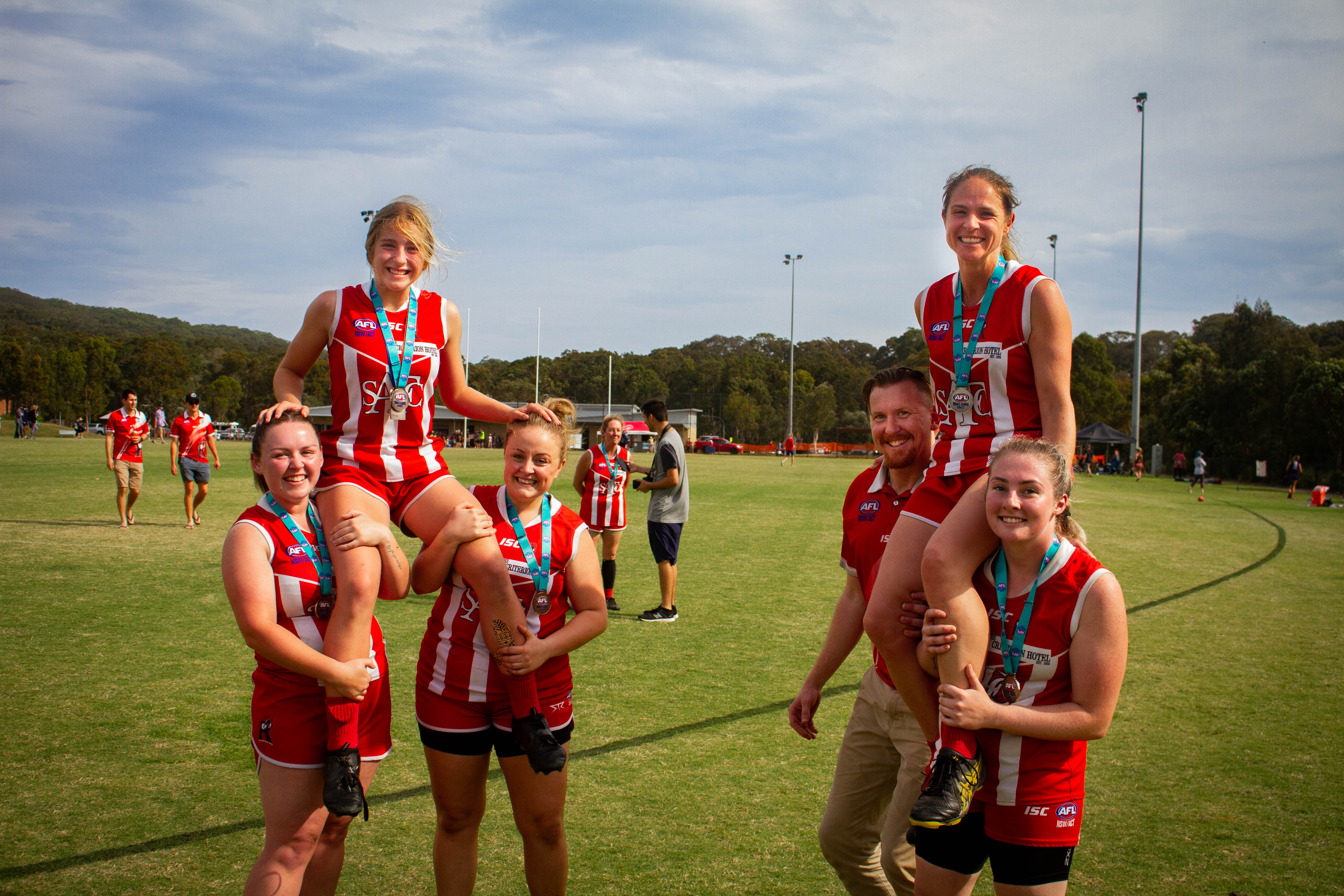 Could you have asked for a better send off?

The talented teen was the pick of the umpires and starred with two goals in the opening term.

Her recognition capped of a brilliant year which saw her win the league’s Coaches Award, Rising Star Award as well as her club’s leading goal-kicker award (28).

However, she was not the only Bates family member to feature in the best players.

Her mother Paula also had a game to remember across half back and the midfield for the line-up. The dynamic duo will now return to South Australia.

“This (club) is our community,” Paula proudly declared.

“It is who you keep in contact within the pre-season, it is the people that support us through the good times and bad.

“They are loving, supportive, friendly and kind and we loved finishing with a win for the club.”