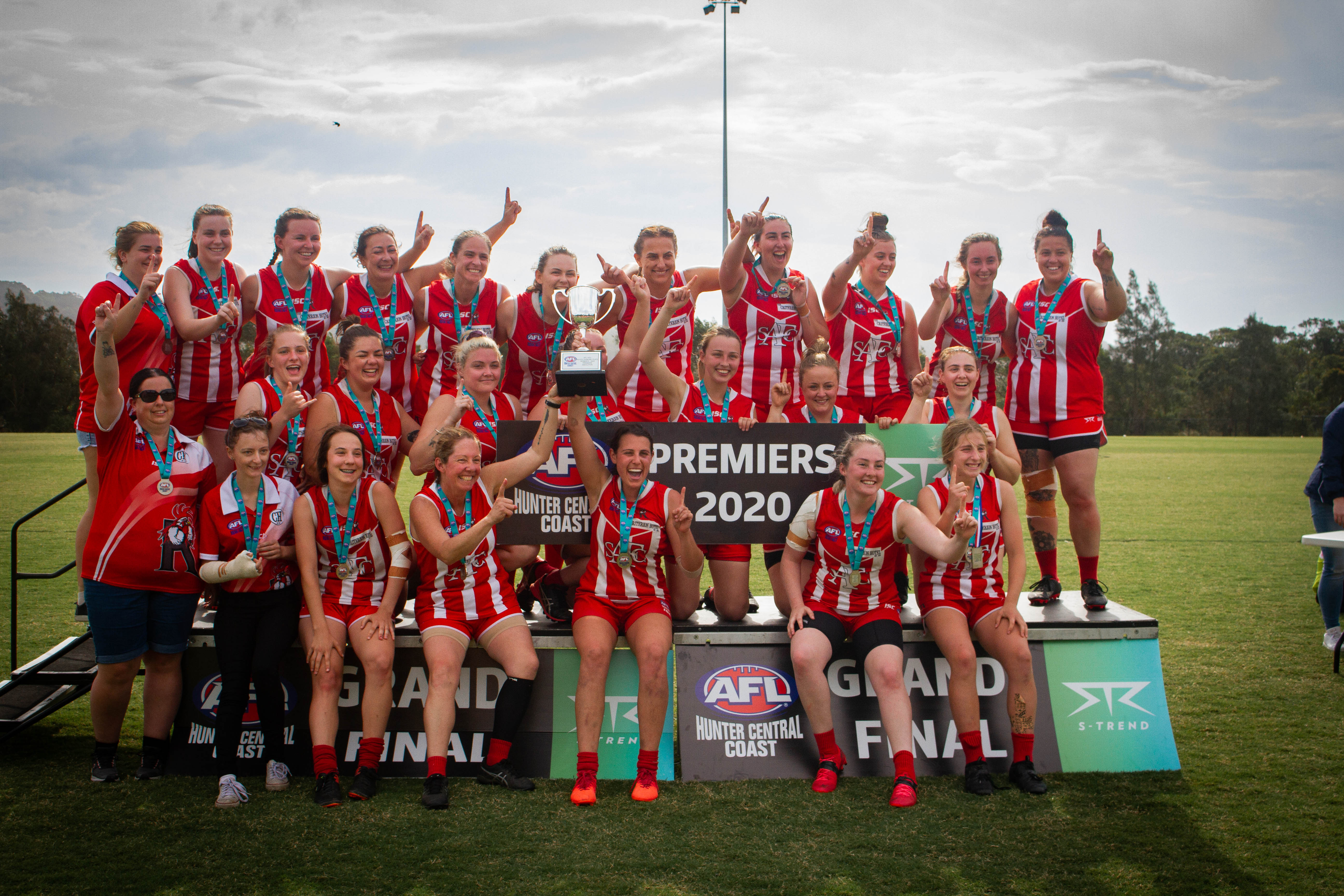 It has been six days since the Singleton Roosterettes claimed their first senior premiership in club history.

And the achievement has still not sunk in for most, such was the elation of the feat.

Having only played in one final during their first four years of existence, this season’s line-up finished second in the AFL Black Diamond Plate women’s competition with an 8-3 record.

The season decider was set against Lake Macquarie; a force which had not lost a game since Round 1.

Both McBride and Brianna Howard would then extend the lead to 22-points at the main break before Lake Macquarie responded with three unanswered goals.

“The message was simple,” she explained.

“I knew coming into the fourth quarter that we had the wind at our backs and we just needed to slot a goal or two and then lock it down.”

Assisted by fellow defenders Paula Bates, Sarah Mousley and Sophie Breeze, as well as Hannah Cox thwarting her taller opponent at full back, the defensive quintet held their opponents scoreless in the final term.

Late goals to McBride and Howard would then capture the victory.

Fittingly, the sealer would be set up by playing coach and inaugural Roosterette Nadene McBride, the club’s hard-working senior president.

“The final siren sounded and as soon as I saw ‘Nads’ face I almost let the tears loose,” Cowburn concluded.

“One look let all emotions flow.

“Knowing all we had been working towards for years had finally come to this.”