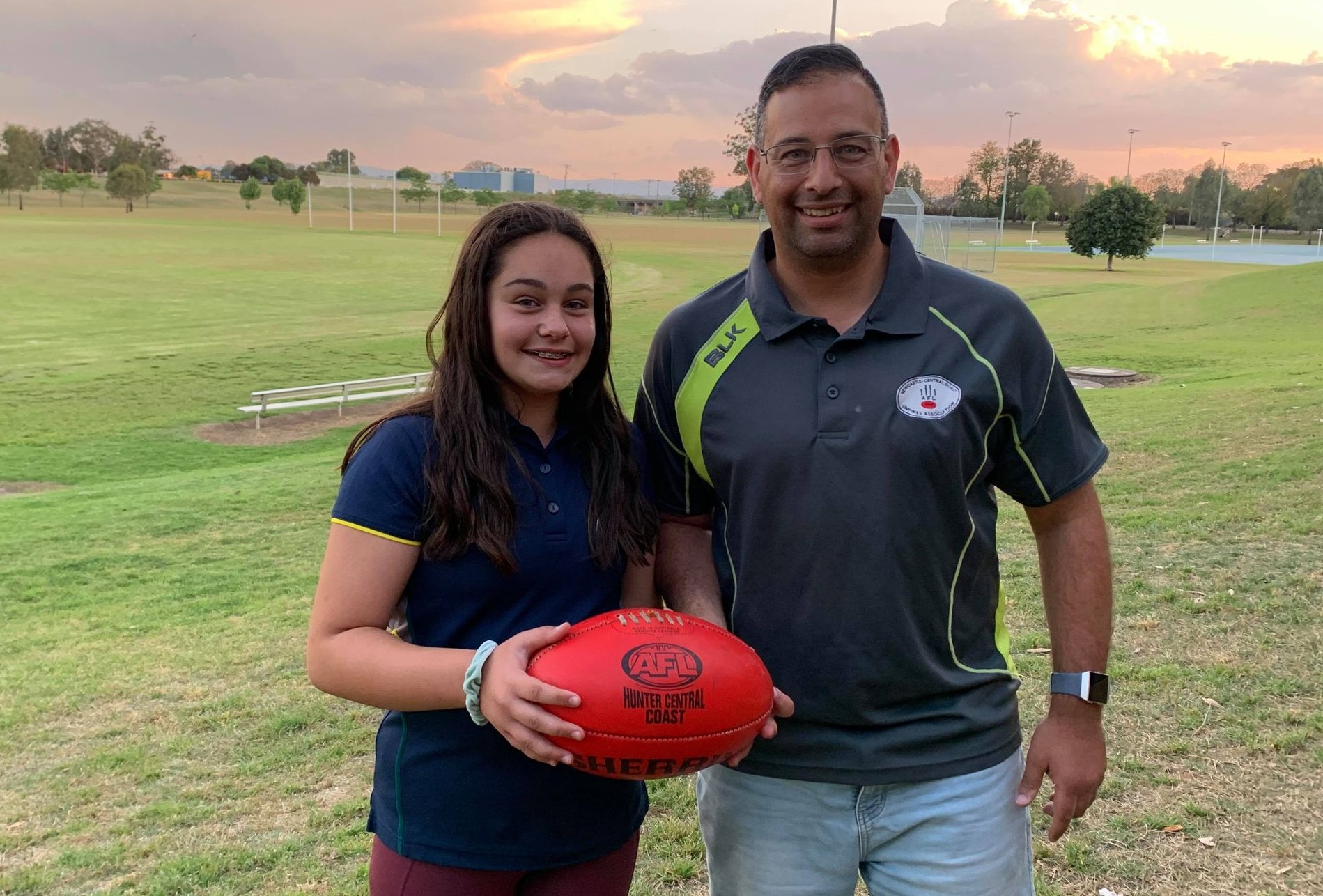 Ashley Borg thought his local AFL umpiring career was closing to an end two years ago.

However, a hard work regime on the track mixed with a wealth of knowledge and experience secured the Singleton based umpire his seventh AFL Black Diamond Cup grand final.

For the third straight year, Terrigal-Avoca and Newcastle City played off in the season decider of the top tier.

“It is just as big of a thrill for any umpire to umpire a big game as it is for a player to be involved,” Borg told The Hunter River Times prior to the game.

He has also had the honour of umpiring an additional five WRFL (Western Regional Football League) grand finals in 2000, 2002-04 and 2006.

“The family have been encouraging and initially I was contributing to help out the juniors and mentor them with the little things,” he explained.

“I have lost 14kg since the start of the year as well which I’m very proud of.

“I also think any medical professional that can keep a 42-year-old without cracking up and breaking down deserves a mention, so Annie Blair (Singleton physio) has been instrumental.

“Overall, I was quite surprised last Wednesday to get the call up and I will definitely be back again no matter what in 2021 and just keep enjoying footy.”

The spotlight was then on his daughter Jessica the following day when the young full back featured in the undefeated Singleton Youth Girls’ grand final victory against Cardiff.