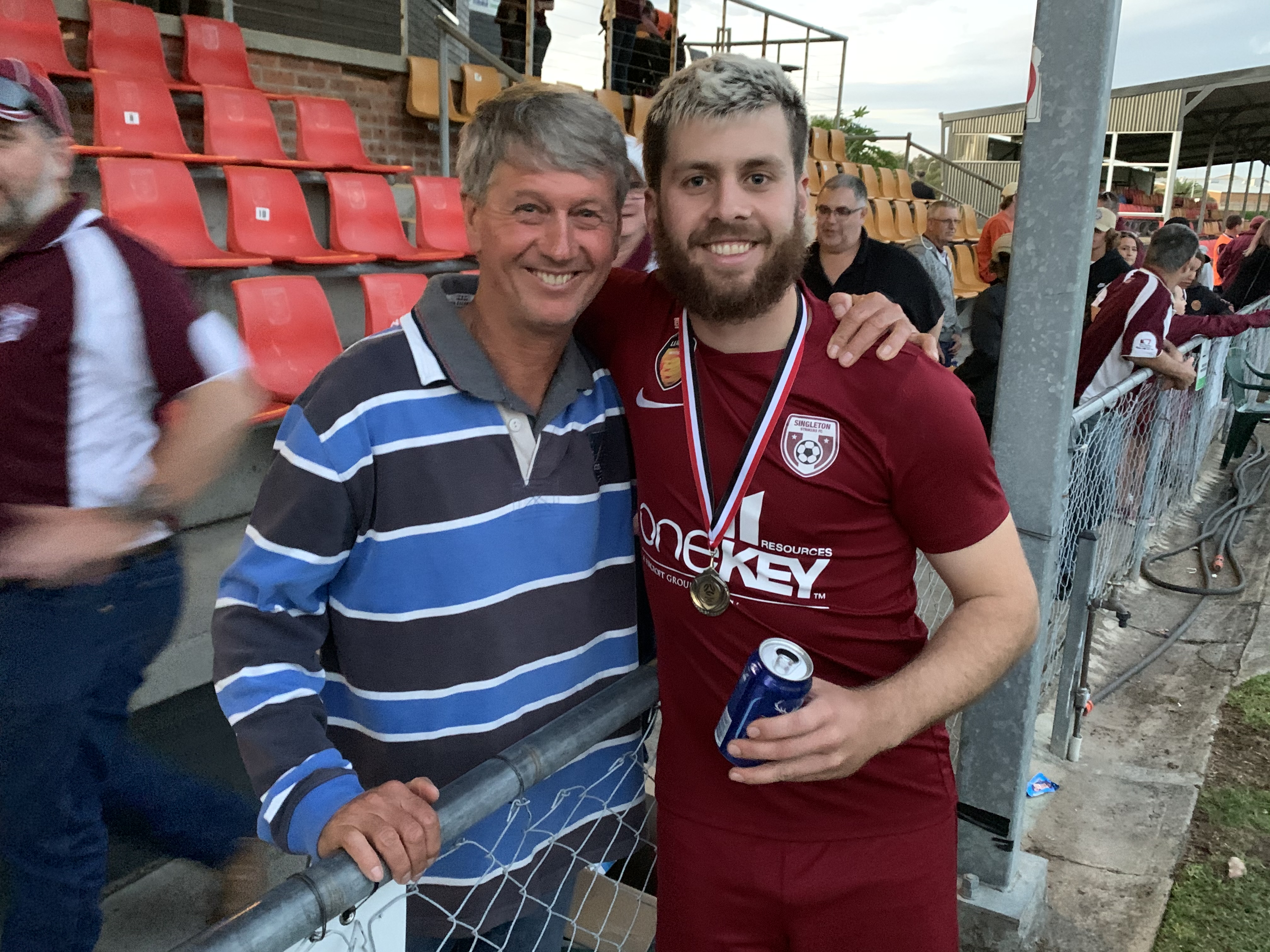 A victory worth the headache

There was a notable absence throughout the Strikers’ celebrations on Saturday night.

While players sang and embraced the reality of the day’s result, defender Lachlan Nicol was nowhere to be seen.

“He was at home,” his brother and championship captain Hayden explained.

“In the last kick of the warmup, a ball sprayed off and hit Brad Cox on the toe and suddenly hit Lachlan.

“He had a migraine all game but he still went out there and said ‘I’d rather die than miss out on this game’.

“Then on the bus ride home everyone was singing and celebrating but he was just sitting there with his hands on his head.

“He got out of the bus and threw up everywhere, got home and went straight to bed.”

Lachlan Nicol still starred throughout the season and was unlucky not to join his brother in the Northern League One team of the year.

“For me Lachlan has been the best player in the league all year but he probably doesn’t get the recognition that he deserves,” Hayden concluded.