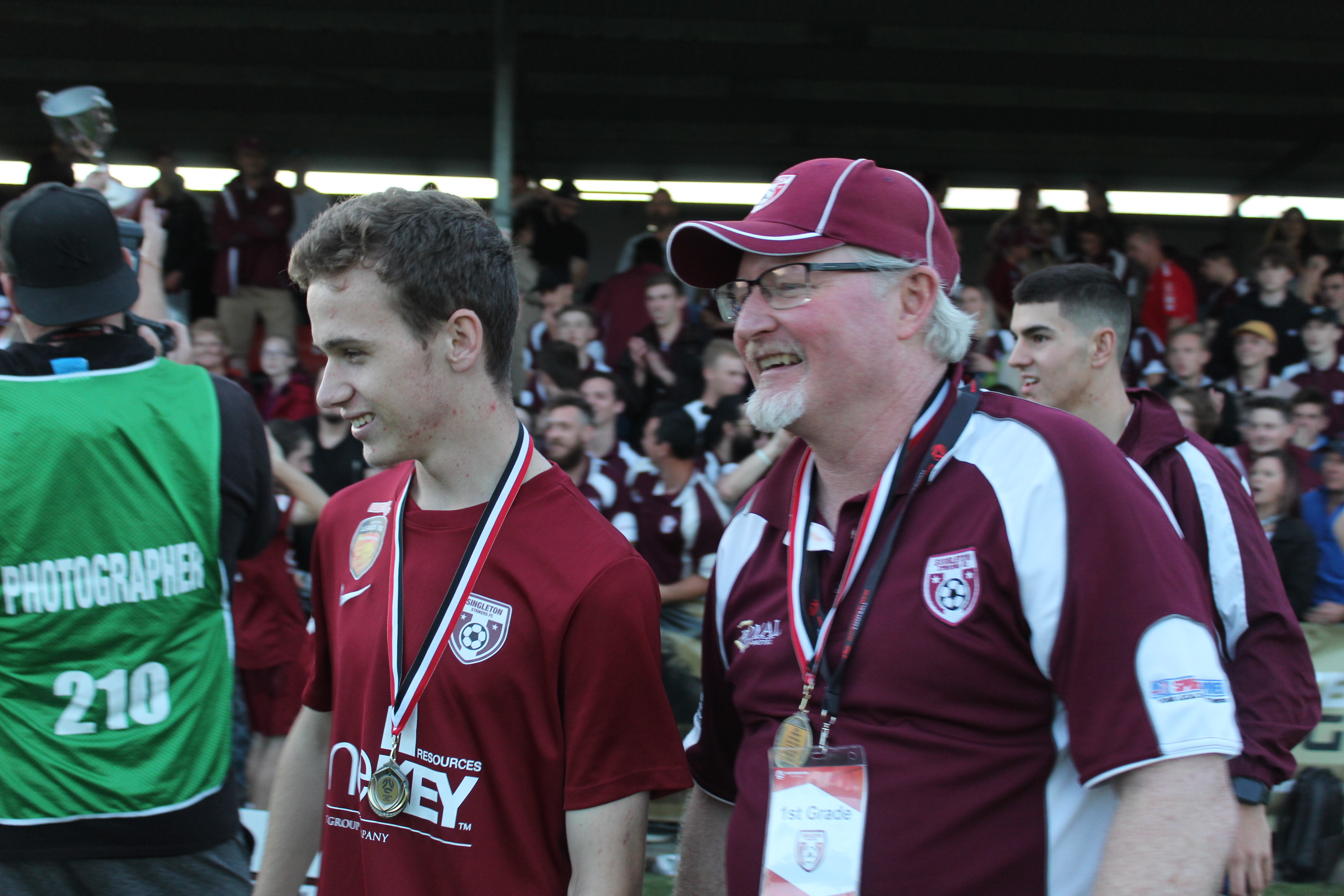 Many long serving Singleton first grade players have not come close to claiming a premiership medal.

“I was on the bench with Marcus Morris and Jacko Bartlett sitting there and I was just shivering because I was so keen (for the final whistle),” Garrington explained.

“This is a once in a lifetime thing, this doesn’t just happen.

“Also, I want people to know; if Jackson Cox did not get a medal today then mine would have gone to him because he deserves it.”

Interestingly, the Ellalong teenager turned 18 on the eve of the grand final.

He delayed his first beer for the following night.

The theme continued on Sunday afternoon when the playing group gathered out the front of their teammate Kye Dann’s house for his 18th birthday.

The talented junior made his first-grade debut last month in the Strikers’ 5-0 win over Wallsend.

“I was on the phone to my grandmother who called me for my birthday and then the entire club showed up,” Dann laughed.