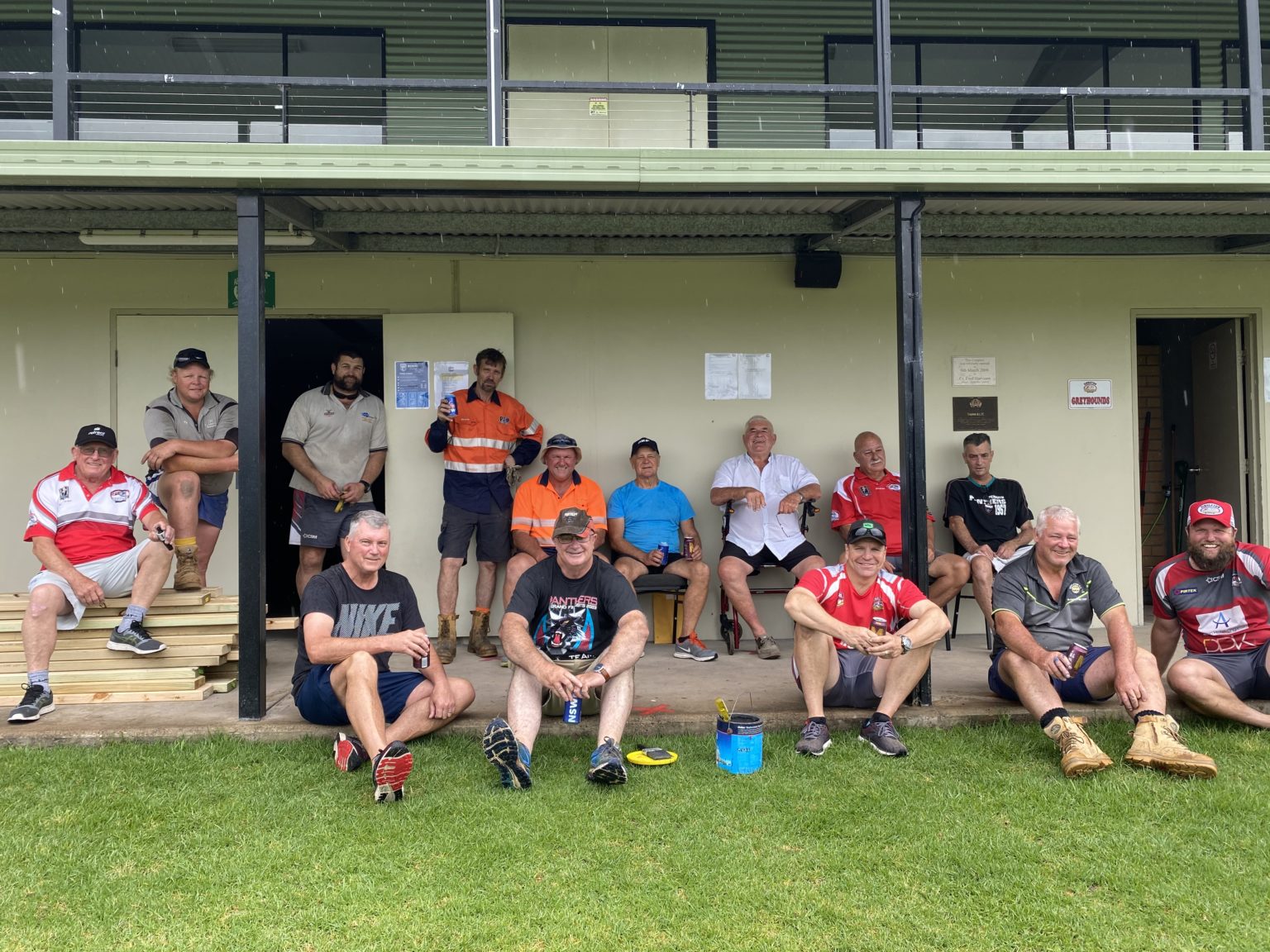 Past and present players united to give the iconic Pirtek Park a polish ahead of the club’s pre-season for 2021.

“We decided today we needed to do something for our Old Boys, so we decided to have a day here at the ground and then later at the Albion,” Hassett told The Hunter River Times.

“The idea was to get them down here, do a bit of a working bee for the club itself and maybe have a game of touch but I think the weather is going to ruin that.”

Had the Bengalla Hunter Valley Group 21 season continued in 2020, the club looked on track to honour its famous line-up from three decades earlier.

“Probably one of the highlights for this year was the 30-year anniversary of the 1990 Clayton’s Cup,” Hassett added.

“Richard Jones OAM, the captain/coach of the side and current Westpac Rescue Helicopter CEO, was an apology but there is a couple of representatives today.

“And when you look around this is what we want, getting the boys together and maybe mixed with older boys so we can keep the tradition of Singleton rugby league going.”

All three of the Greyhounds’ men’s coaches Jake Hawkins (first grade), Jake Smith (second grade) and Luke Holz (under-18) were on hand throughout the morning.

“I can feel the good team spirit within the club and that shows with all that showed up this morning,” Hassett concluded.