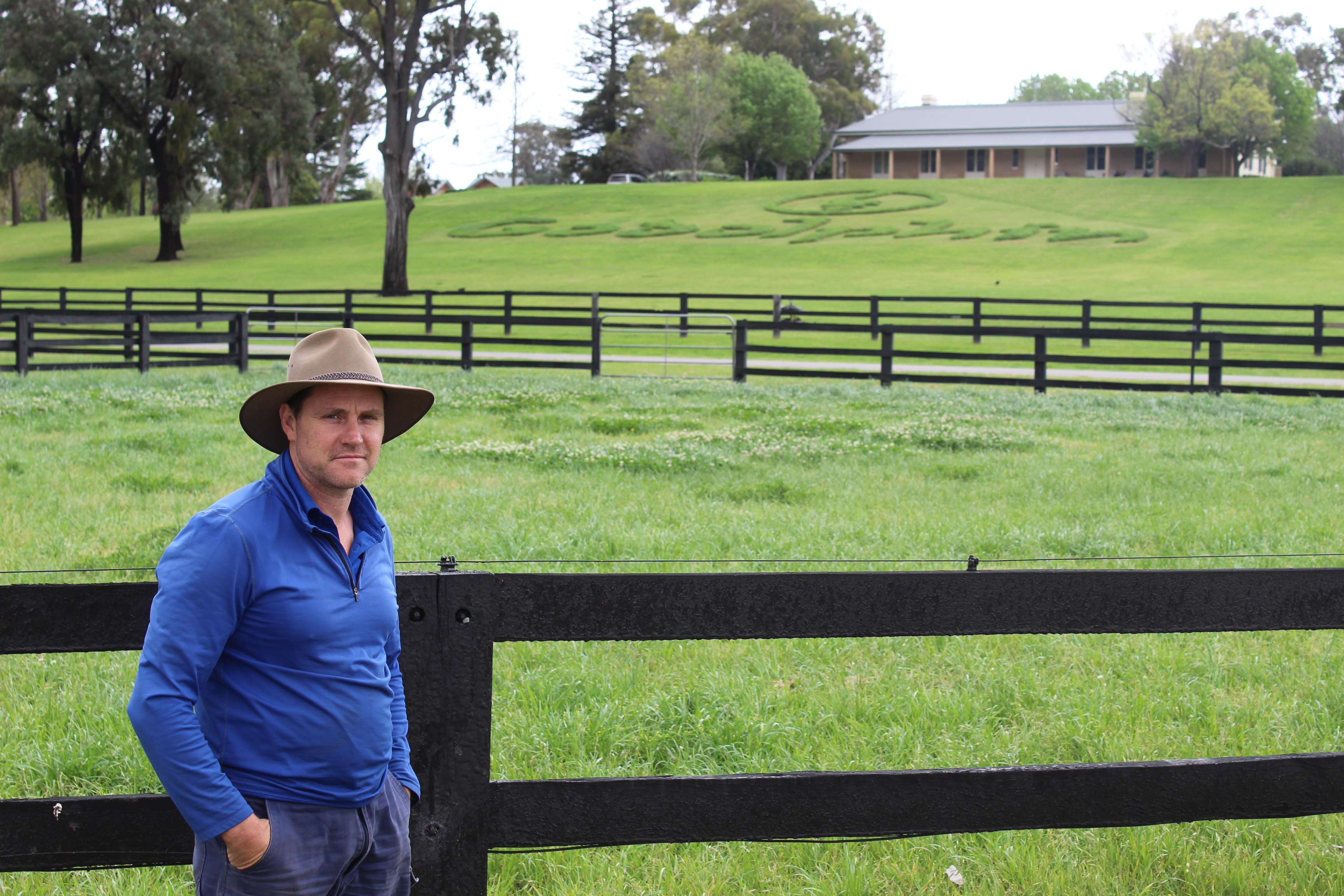 When Aaron Edwards drives through the gates of Godolphin’s Woodlands Stud, he cannot help but smile.

Between the picturesque landscaping and the spectacular backdrop of the Wollemi National Park, the iconic farm has played a vital role in the journey of its head gardener.

“I think that you are supposed to be in a place for 20 years before you call yourself a local so after 17 years I am nearly there,” Edwards told The Hunter River Times.

“I’ve had three kids here, the eldest is 15, and they call themselves locals as well.”

As head gardener of Woodlands Stud, he claims that his role is simple.

He and his staff are always determined to make sure that the presentation of the property is always a high standard for Godolphin.

“We sort of have areas on the farm which are main focal points that we concentrate on and we work away from them,” he explained.

“We also have peaks and troughs with the type of work that we do but the aim is to always keep it to a high standard.”

Originally from Goulbourn, the former adventurer initially spent a handful of years travelling around Australia and then Europe before interviewing for the position at the farm.

He then received a memorable phone call.

“The following day we were going to fly to Perth but we ended up changing plans when we received the call,” he recalled.

“We were sort of thinking about starting a family soon anyway so it was an opportunity that we could not refuse.

“It was the second-best decision I have made in my life, the first was marrying my wife of course.”

For the past 17 years, he has overseen many developments across the property which is spread over 6,200 acres (the equivalent of Perth International Airport).

“A majority of it is mowing because of the size and over half of it gets some sort of manicuring done, that is the way we do things on the farm,” he explained.

In recent weeks the farm, like all other rural properties in the area, has received some welcomed rainfall.

However, this catchment was miniscule in comparison to the memorable flood that the farm workers battled in 2007.

“That was something that I had never experienced before,” he recalled.

“The cottage that I live on is up on the hill, not near the river; but that morning you could hear the water, it was as if we had water frontage up on the hill.”

Thankfully, the fences and equipment were salvaged and, more than a decade on, the farm will close in on its bicentennial year.

“One of the aspects that I love about this farm is I love the history,” he concluded.

“The old homestead has been quarried from sandstone off the property and the main structure was completed in 1823.

“Back then you would have considered that there was some sort of convict labour involved.

“When Sheik Mohammad respectfully brought it back to its former glory, they actually took the plaster off the walls and left two sides of it exposed.”