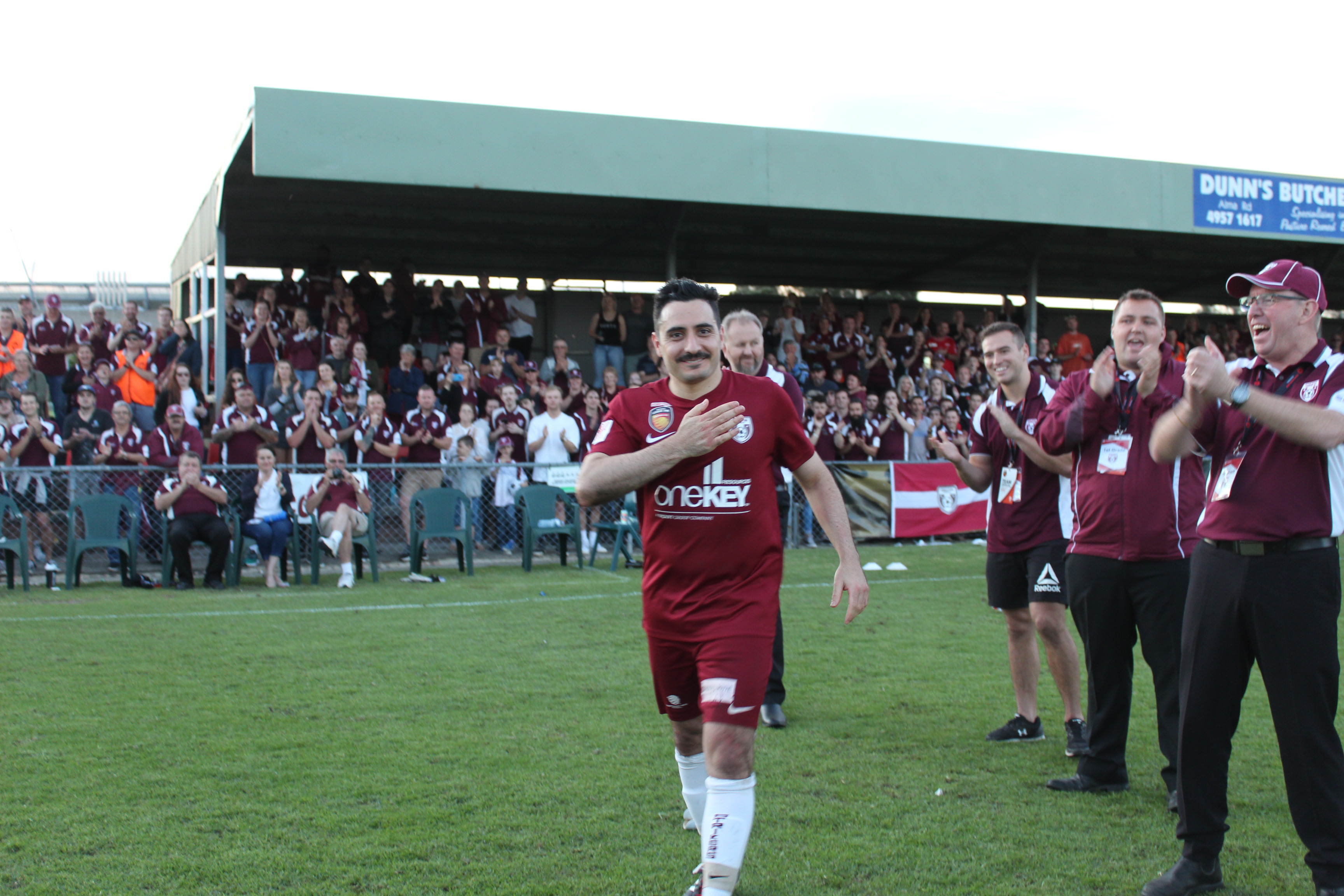 Recognition for the ultimate clubman

No other player had their own chant throughout Saturday’s grand final.

Singleton’s army of fans sung it with gusto at the 85th minute when first year coach Brendan Slade instructed Civello to remove his green vest and take to the field.

Moments later he came close to intercepting the ball within striking distance of goal.

The 28-year-old will now go down in history as a club great with a championship title to his name.

“I was told when I was growing up that you play for the name in front of the shirt and they will remember the name on the back,” Civello reflected.

Not only was Civello the oldest player in the grand final line-up but he was also the only player not to have originated from the Hunter Valley.

Nevertheless, the former Queensland State League striker (with Mackay) has proven to be a Singleton cult hero across his 58 appearances since joining in 2017.

“This still doesn’t feel real and I can’t thank the club enough,” he added on Sunday.

“I remember going to training for the first time and Luke Geipel took me under his wing and the culture of the club has been immense leading into this.

“Everything that happened on Saturday and on the way home to Singleton and today; it still doesn’t feel real.”

To playoff against the Eagles in the season decider proved to be bittersweet for Civello after he forged a friendship with BarTV commentator Chris Turner and his son (and New Lambton junior) Charlie.

Charlie has enjoyed a junior career playing in the club’s Arnett’s Program which provides children with special needs the opportunity to learn how to play the game.

“Just being involved in football is the ultimate reward and that connection with New Lambton and young Charlie is another example,” Civello admitted.

Fittingly, as fans returned to their cars and players sung in the change rooms, Civello remained on the pitch.

Even after claiming football’s ultimate prize, he was spotted clearing his supporters’ litter off the field.

“You think of Joey and the word you use is ultimate clubman,” club secretary Warren Gillespie proudly concluded.