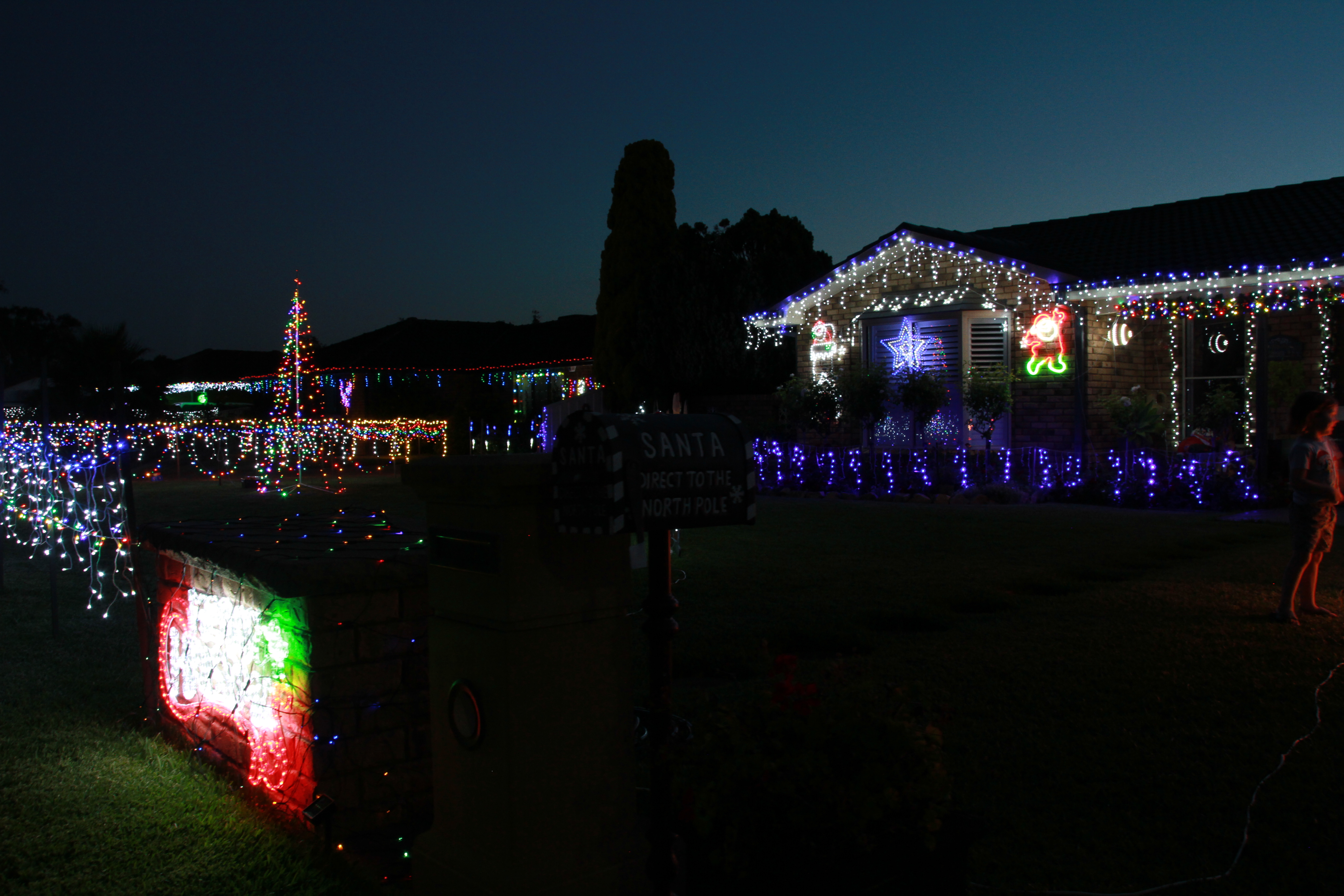 Lighting Up the Neighbourhood

Thirty one years ago houses in Cook Street Scone became a star attraction of anyone looking at Christmas lights during the festive season.

There are a few of the original residents still living in the street that are carrying the tradition on, including Peter and Robyn Farmilo who started off with party lights across the front of their house.

“We started it 31 years ago,” Mr Farmilo recalled.

“Then the lady on the corner Mrs King (dec) put them up and away it went, with a lot of help from the neighbours.”

“We started putting decorations up the middle of October and we are just about finished now, it is like a labour of love.

“Without the peoples backing we couldn’t do it.

“At our peak 10 years ago when we had the whole 23 (houses) lit up it was bumper to bumper in here and there would have been at least 100 people, probably more.

“I have seen a lot of streets, and I have never seen another as good as this at its peak.”

Newcomers to Santa Street, as it was dubbed many years ago by a Power 2nm competition, are Scott and Catherine Wendell who had to put serious thought into purchasing the property because they had never decorated a house for Christmas before.

“We asked the Real Estate when we turned into the street ‘what is the go with Santa Street?’

“And he said ‘you don’t know?’ – we were newcomers to Scone coming across from the coast and he said ‘you should see it at Christmas every house puts lights up’.

“We started with nothing and are just gradually building up the collection.

“It brings out all the neighbours into the street almost every night and we sit around and have a chat, it is a very good community.”

Santa Street residents like to try and give back to the community with a donation box that gets shared around each year collecting coins for the Scone CWA.

So, make sure you head to Scone on your annual lights search, take some cash with you and stop for a chat with the residents of Cook Street in Scone.