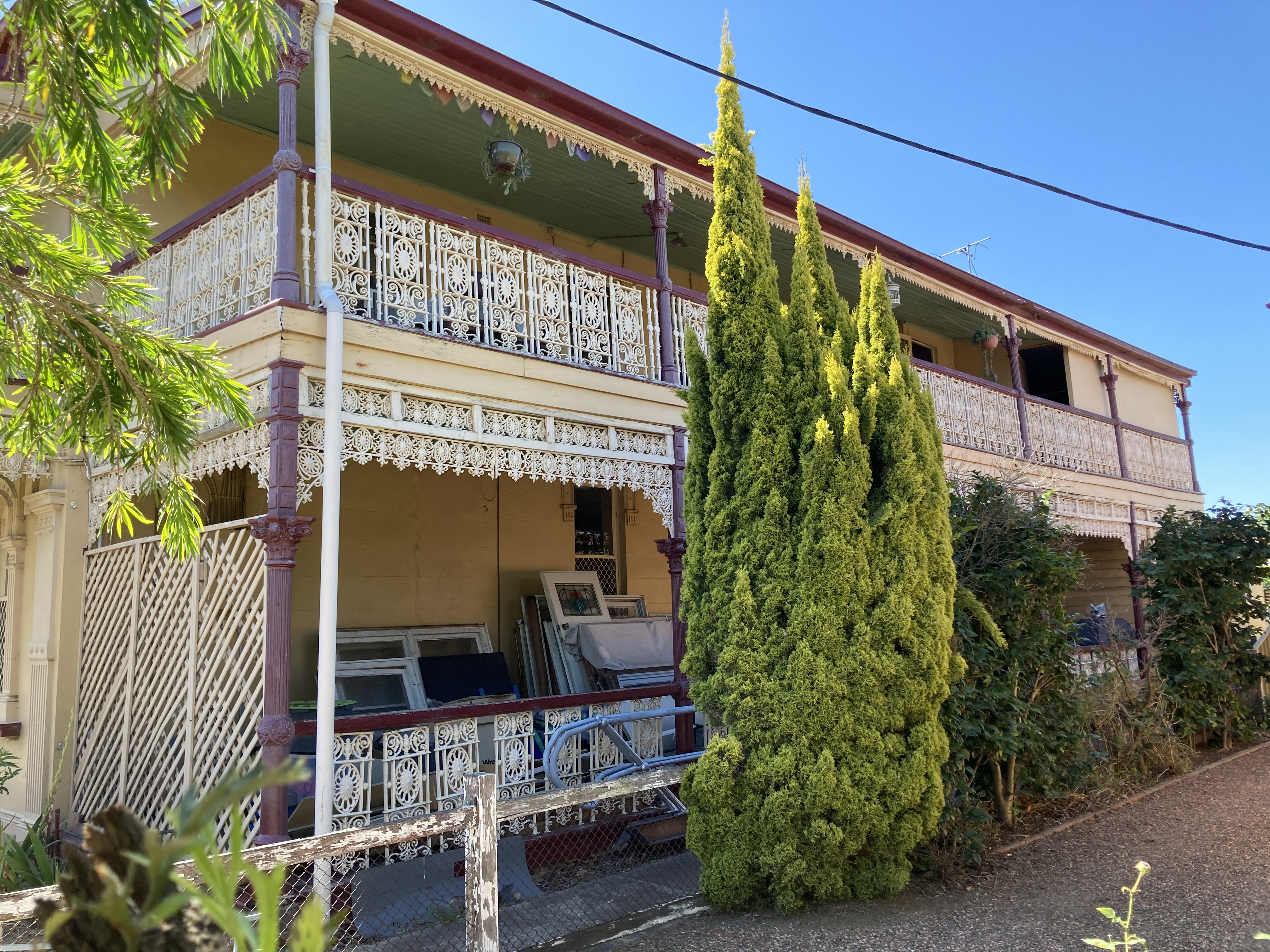 Jackie and Kerry Greenall moved into Singleton’s Carisbrook House in February last year and anyone driving past the home in William Street, Singleton, can’t help but notice the changes taking place.

It is the couple’s first major home renovation project that has a heritage theme and while there is plenty to do, they are enjoying every moment.

Prior to this latest move, Kerrie lived in New Zealand moving to Australia in 2008 and Jackie arrived on Australian shores from the United Kingdom in 2001.

They first lived in Western Australia and have experience building new homes but when they moved to Singleton for work, they really had their eye on restoring a home of heritage significance.

When Carisbrook House came on the market, it was just the opportunity they were looking for.

Built in the 1860s on land which was originally part of a grant to the town’s namesake, Benjamin Singleton, it has been home to the newly formed Singleton Shire Council back in 1866 where it was used as a town hall, meeting place, and accommodation for the town clerk and town surveyor.

According to a publication on old homes collated by Singleton Historical Society and Museum, the building was later used as a grammar school, a medical practice, the Presbyterian Manse and a private hospital.  It was also used to accommodate people during World War II when accommodation was scarce.

It was later purchased privately and now the Greenall’s call Carisbrook House home.

Kerry speaks with excitement about the project now underway.

“We were attracted to the age of the house and the character and the big block as well, we have a five-year plan and hope to complete the downstairs renovation in the next 12 to 18 months, followed by upstairs and a veranda that we already know will be a big job,” Kerry said.

“We are still deciding what to do inside and have some plans before council for an extension so while we are waiting for all of that, we have concentrated on the yard,” he said.

Established trees have been planted, a frangipani transplanted from the existing car parking area to the backyard and garden beds are being expanded into raised garden beds with most of the plantings consisting of vegetables and herbs.  The pumpkin vine is currently dominating a significant proportion of the back yard.  There is a greenhouse and the front garden is based on cottage style plants although Kerry said he may have to rethink this space given the impact of hot weather on the plants.

The sunflowers planted amongst the vegetables attract the bees for their three hives in the yard and the abundance of plantings is providing plenty of feed for the four very happy occupants of the chicken pen.

The renovation has seen the couple search high and low for original fittings with Jackie, currently in the United Kingdom, pretty pleased with the discovery of some original high-wall cisterns for the bathrooms, chain and all.

“All that old Victorian stuff, that’s what we are after,” Kerry said.

Jackie also intends to perfect the art of leadlight with her craft to be showcased in the front windows of the home eventually.

It might sound like a lot of work and it absolutely is, but Kerry said both he and Jackie were enjoying it.

They are also on the hunt for any old photographs of the home so if you have any, drop them into The Hunter River Times and we will make sure they get into the hands of this beautiful home’s new owners.