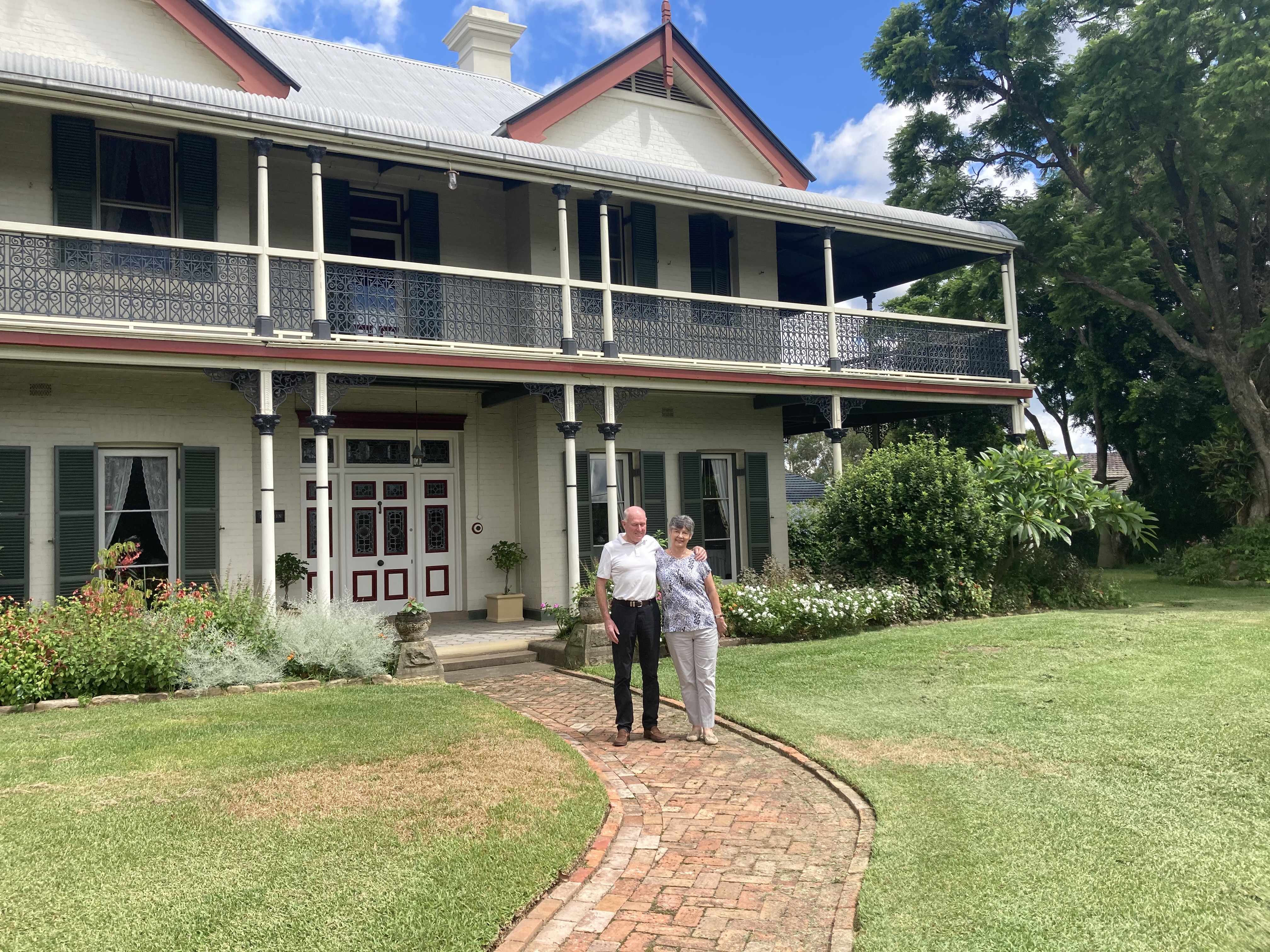 Pelerin, a Home Restored With Love

Christine and John Henderson looked at 150 properties before they set their eyes on the home they would eventually buy.

You see, they were after something quite specific.  They wanted a period home and many years prior, dined in a swish Adelaide establishment and decided it was the type of historic home in which they would like to spend their retirement.

They explored the property market across New South Wales, as far as Sutton, Orange, Bathurst, Goulburn and Mudgee and had come across Singleton’s Pelerin a few times but John dismissed it because he wanted a rural property.

Christine somehow convinced him that an inspection would simply be an opportunity to look inside a home they had admired from its exterior for a few months.

One step inside and Pelerin captured the hearts of its next owners.  That was 13 years ago and since then the couple have lovingly restored the home in a project that has been part of their lives but not all consuming.

“We have continued to travel when we have wanted and do the things we enjoy,” John said.

He is a member of the Rotary Club of Singleton, President of the Country Tennis Club and loves nothing more than a stroll around the golf course but says Pelerin has given him a completely new skillset from the banking corporate life that saw them live in 17 previous homes.

They lived in New Guinea, London and Canberra for two years each, New Zealand for five years, Adelaide for three and Sydney in between.

“I am now a fully qualified electrician, plumber and stone mason,” John jokes adding that Christine is the homemaker and he does the labouring where he can.

Restoring a home such as Pelerin with understanding of its historic features takes plenty of research and Christine’s advice for anyone undertaking such a venture is to ask plenty of questions.

They moved into the property when the downstairs consisted of three and a half flats and three kitchens, none of which were complete.

Three rooms were turned into one and are now the home’s welcoming kitchen with rear windows overlooking the expansive rear garden.

Gradually, the home is being taken back to its original glory with a few additional modern conveniences such as an ensuite.

There have been plenty of people to thank along the way and the Hendersons were quick to acknowledge heritage consultant Lillian Cullen who worked at Singleton Council when the massive project first began.  There were 26 requests from Lillian that John and Christine needed to respect but they say it was something they genuinely wanted to do.

They sourced materials locally where ever they could with Mitre 10 staff certainly getting on a first name basis with John.

Neighbour Ron Nowland was always interested in the restoration and continues to offer a helping hand.

Local painter Michael Bright was pedantic about perfection and his workmanship has showcased the intricate features of Pelerin.

“We always intended for this to be our last home and certainly hope that to be the case,” John said.

“When we arrived in Singleton, we did not know a soul but the town has been so welcoming and friendly and rotary was a terrific shoe-in to this community.”

A beautiful home, beautifully restored with an astounding history and a story that continues to be told.

An impressive property and definitely one Not For Sale.