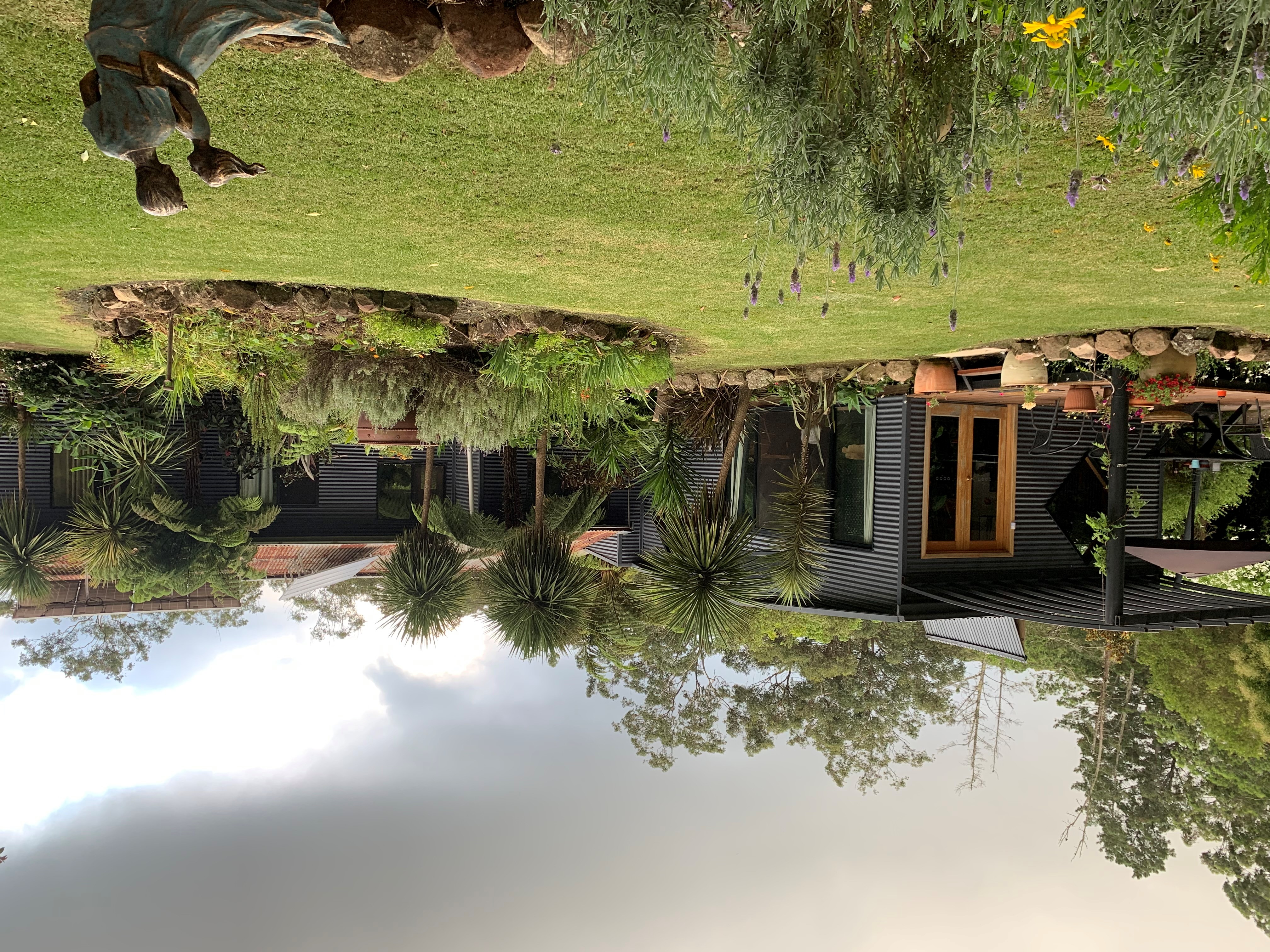 Oh, the Serenity of Kulart

As a journalist, life is full of questions but if there is one space on this beautiful earth of ours where there is no need for conversation, it is picturesque Mt Royal, and the home of Jenny and Allan Campbell.

Yes, the scenery does take your breath away and the story behind Kulart (Aboriginal word meaning blue gum) is just as amazing as the people who live there.

Jenny and Allan moved to Mt Royal 24 years ago.  The 100 acres was nothing but bush with a small timber cottage on site.  Jenny said it was the aspect of the property that looked directly at Mt Royal that captured their hearts and imaginations.

There was no power, a pit toilet, they used a generator and had a gas fridge.  The bathroom is now vastly improved and solar power is turning the lights on but there is one thing that remains and that is the wood stove that Jenny still cooks on and just loves.

Jenny said she always knew Allan was clever but when she considers what they began with and what they have now, she marvels at her husband’s talent.

Their rambling home brings the outside indoors with spectacular gardens that are forever changing with each passing weekend.

It was not just the home that has undergone a massive transformation but the gardens and it is here that Jenny embraces the love of gardening she inherited from her father, Lloyd Burgmann.

Lloyd was well known for his gardening talents and Jenny often thinks of him as she plans her next project.

There are eight separate garden spaces within the overall garden enhancing every nook and cranny.

While the native bush is beautiful in its own right, when Allan first built the verandah around the front of the home Jenny decided to place a few little rocks and then plants and well, as they say, the garden grew from there.

“I am a placement person in the garden, I like to create within the garden and it is always ongoing, changing always,” Jenny said.

The property has long been in the Campbell family with Allan’s grandfather and father running a timber business from the site.

Allan continues to use the little mill at the bottom of the property for his building projects.

And while the home and gardens are just spectacular, it is the peace and quiet that first lured them to Mt Royal that they continue to enjoy.

“It is just a good feeling to sit in the afternoon with a glass of wine and just look around and say oh wow,” Jenny said.